If you have a special place in your heart for cars like the Chevrolet El Camino, the Volkswagen Rabbit, the Ford Ranchero, or the Subaru BRAT, you probably also hold the Dodge Rampage in high regard, as well. Not many Rampages were made, but they certainly left an impact on the automotive community.

The Rampage didn't have a long production life, beginning in 1982 and ending in 1984 after just three years on the line. But, it's hard not to love this spunky little coupe utility with styling that you aren't likely to find today.

The Rampage was billed as a two-door subcompact, unibody coupe utility. It was a front-wheel drive pickup truck with options for four-speed manual and three-speed automatic transmissions. In the second model year, sales increased, likely due to the introduction of a five-speed manual option. It was developed by Simca, a French automaker under the Chrysler numbering.

How Many Dodge Rampages Were Made?

The Rampage made use of Chrysler's L platform, and today, is the rarest example among the Dodges usage of the platform, which also included the Dodge Omni and Dodge Charger. It was also used in several Plymouth vehicles until the early '90s. 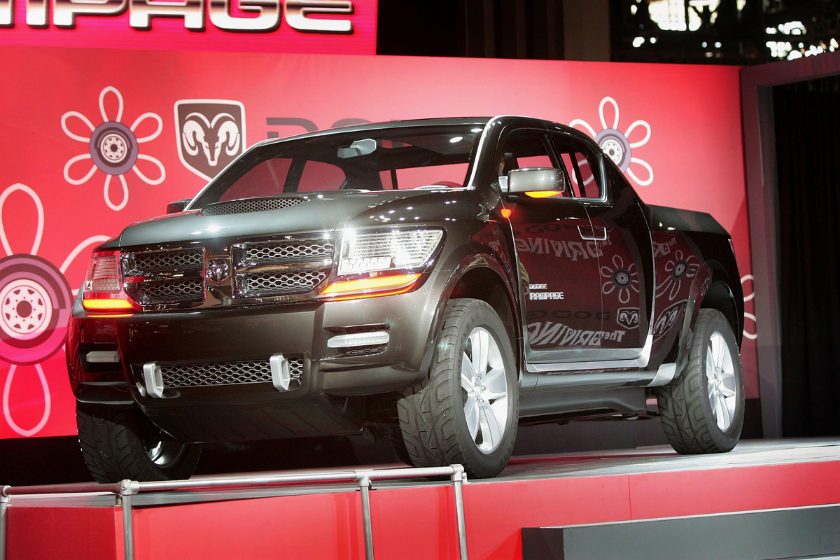 There's one confirmed Rampage variant, which you might remember as the rebadged Plymouth Scamp, a 1983 five-speed manual transmission ride. However, you may not have heard of the Shelby Rampage, which was developed together by Shelby and Dodge designers.

Later, the California Shelby Rampage was produced with 218 models and sold at select dealerships in California. It featured a Shelby-esque front-end, 15-inch alloy wheels, and ground effects.

And, perhaps, the 2006 Dodge Rampage concept car, which debuted at the 2006 Chicago Auto Show, flew under your radar as well. Unfortunately, the 2006 model -- powered by the same 5.7-liter Hemi V8 engine as the Charger and Dodge Ram -- never went to production, and, as of now, there are no indications that a new Rampage will anytime soon.

READ MORE: Political Instability and Cheap Production Costs Made the Yugo One of the Worst Cars Ever Made