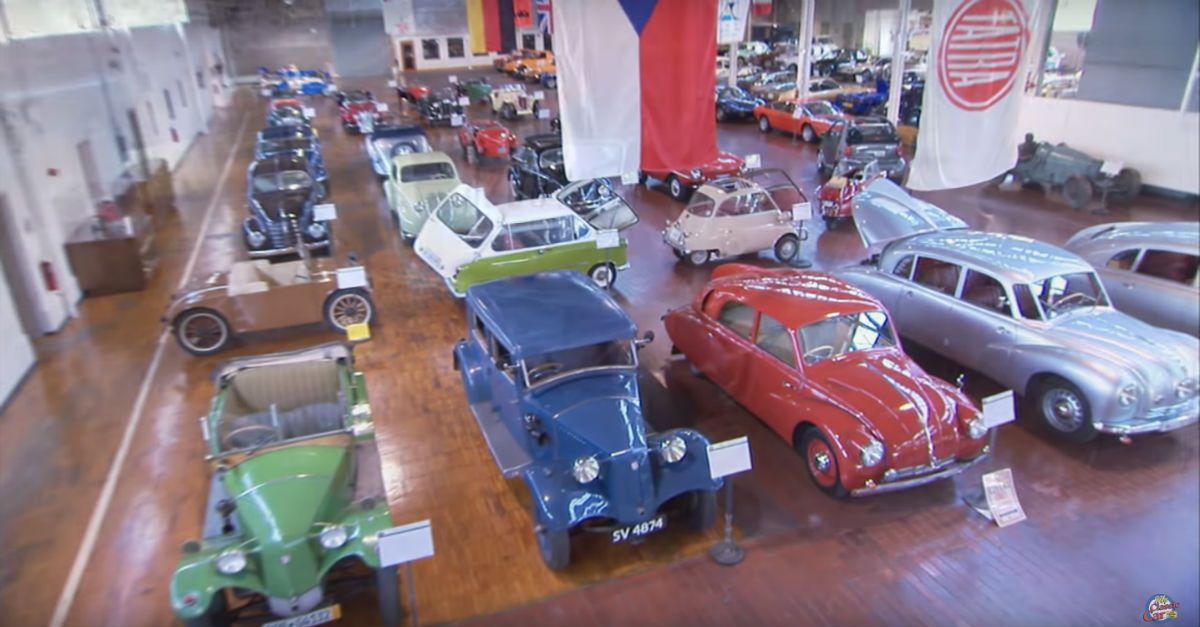 If you’re a classic car enthusiast and you’ve never been to Lane Motor Museum in Nashville, Tennessee, you need to seriously get on that. Sure, it’s not your average classic car museum. It doesn’t have rows and rows of American-made classics like Corvettes, Camaros, or Chargers.

Instead, the Lane Motor Museum has a unique collection of around 350 cars, most of them being European and definitely of the quirky variety. The museum definitely looks and sounds like it offers quite the experience.

But don’t just take our word for it. In an episode of the show My Classic Car, host Dennis Gage takes a look at some the more unusual cars in the collection.

Pretty cool, right? In case you’re interested in checking out what Lane Motor Museum has to offer, here’s a look at some upcoming and ongoing events.

Get just a taste of what Lane Motor Museum is all about with this rare tour.

In this mini-exhibit, you will learn about Josef Ganz and the origin story of the Volkswagen Beetle.

According to the description of the exhibit, “The story of Josef Ganz reflects one of the many atrocities of persecution that befell victims of the fascist Nazi regime. The four vehicles in this mini-exhibit either influenced Ganz, or they were influenced by him.”

Can you believe Subaru has been around for 50 years? It all started with the 360 in 1968, and since then, Subaru has churned out a number of different production models, from sedans to crossovers. If you’re at all interested in car history, this exhibit is for you.

You may know Dan Auerbach for his work with The Black Keys. Well, not only does he have a passion for music, but also for vintage Harley-Davidson motorcycles.

In this exhibit, you’ll get to see 10 of the motorcycles from Auerbach’s collection. And they certainly won’t disappoint.