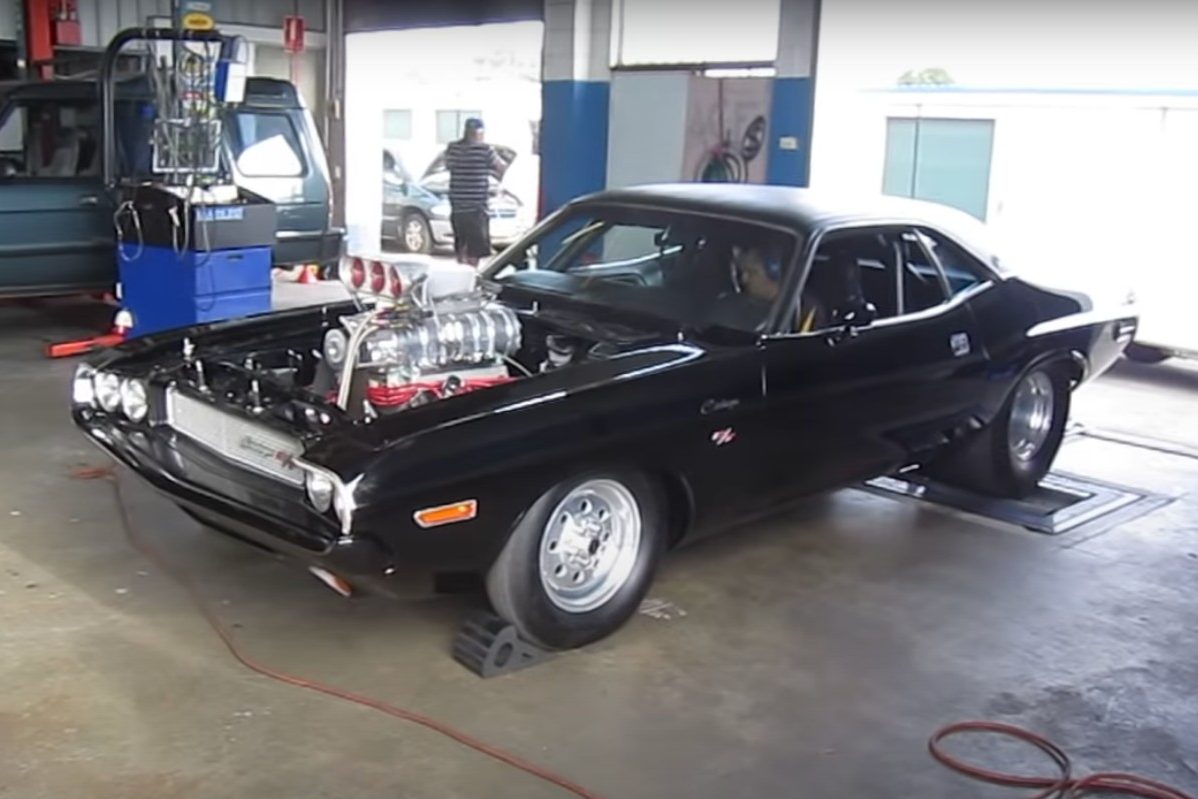 Thankfully, for everyone involved in this test in Australia, we got to see an example of the former and not the latter type of dyno experience. After a 1970 Dodge Challenger R/T got strapped to the dyno way back in 2011, it reached a whopping 1,600 horsepower. 1,600! No explosions here. Just pure, unadulterated power. And, a whole lot of noise. Try not to blow your ear drums out listening to this!

Read More: The Chevy Camaro Is Being Discontinued: Here’s Why and What That Means

Wow. That thing was LOUD in the best way. Almost sounded like a jet taking off. That sweet, sweet noise is all due, of course, to the Keith Black Hemi, which also appears to be topped with a BDS 14:71 TVS supercharger. Just look at all the dust that swirls around as the driver moves through the gears. They almost whipped up a damn tornado in that garage!

The folks from the Land Down Under sure know how to soup-up their classics, that’s for sure. This dyno-dominating Dodge, in particular, definitely got the attention of plenty of auto enthusiasts.

“Did this guy give his car a name? I’m thinking ‘Blind Rage,'” writes one YouTube commenter.

“Blind Rage.” Yeah, we like the sound of that. “Blind” because you’d never see it coming, and “Rage” because it sounds (and looks) angry as hell.