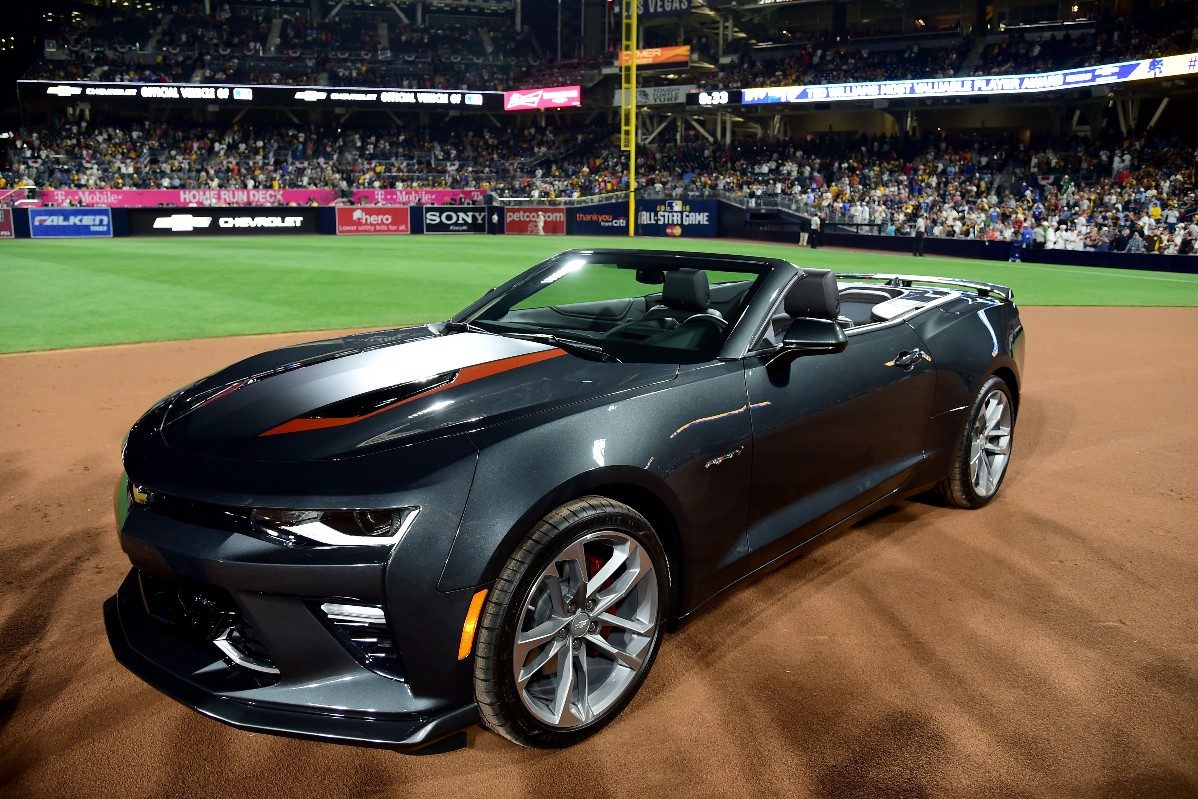 Pony car enthusiasts may soon be forced to opt for a Ford Mustang, Chevrolet Corvette, Dodge Charger, or Dodge Challenger, because the Camaro is reportedly being discontinued. The sixth-generation Camaro will likely be the last model year, unless the nameplate is revived again for a seventh generation in the future.

You might be wondering why such a consistently selling sports car would be canceled. In fact, Camaro sales were on the rise in America for Q1 2019. So, what?s the deal with this, as of now, unconfirmed bit of automotive news? Let’s check it out.

Is the Camaro Being Getting Discontinued?

General Motors is hopping on the bandwagon started by automakers like Tesla, and has plans to go fully electric by 2035. With that in mind, they seem to be going all-in on electric redesigns, forgoing the continuation of retro vehicles gone by like the Camaro. According to Motor Trend, GM is sunsetting the Alpha platform used for its pony cars, and doesn’t seem to have plans for replacing it. Reports suggest Chevy will keep the two-door Camaro coupe and convertible around until 2024, and then will subsequently kill the model off, possibly putting an all-electric sedan in its place.

When it was first reported back in 2019, the news of alleged decisions to cancel the Camaro seemed to have come somewhat abruptly. Though, we still have yet to receive official confirmation from Chevrolet or General Motors. But, the initial sources reporting the Camaro’s last years, including Muscle Cars and Trucks, do seem reliable.

There seem to be several possible reasons why the Camaro could be canceled. Firstly, although the Camaro’s sales went up in America for Q1 2019, sales elsewhere dropped. A lot. Across Europe, Mexico, and South Korea, sales dropped between 6.9% and 37%. However, American sales make up a vast portion of the two-door mainstream sports car sales, so Camaro sales should still have risen overall.

“While we will not engage in speculation, we will remind you of our recently announced updates coming to the Camaro lineup this fall. An all-new LT1 model will provide customers V8 power with the design and affordability of our LT trim. The award-winning SS model will feature a new front fascia from the Camaro Shock concept. All of our updates are customer-driven to improve the car and its driving experience.”

Read More: Well, Theres a First Time for Everything. This Camaro ZL1 with Straight Pipes Was So Loud, the Airbags Blew at 140 MPH!

Camaro sales did increase in North America and overall, however, they continued to lag behind competitors like the Ford Mustang and Dodge Challenger. Still, though, third place isn’t anything to scoff at — the Chevy Camaro still corners an increasing 26% of the market. That’s a lot of profit to just discontinue: there must be something else at play.

Indeed, it seems the real cause of the Camaro’s discontinuation is likely due to restructuring at General Motors. At the end of 2018, well before 2019 Q1 sales reports, the automaker set plans to free cash flow for long-term projects like automated driving implementation and electric vehicle design and production. You likely heard about this restructuring in mainstream news, since manufacturing in the U.S. was rolled back and thousands of salaried employees were fired.

Internally, this restructuring also seems to have meant canceling certain projects that were in the planning and design phases. This, as we understand it, included the Chevrolet Camaro.

When Was the Camaro Discontinued Before?

Of course, those who follow muscle cars know that all hope is not lost. The Camaro has been canceled several times before, and it’s always been revived. Perhaps, we’ll even see an electric or automated Camaro in the future as part of General Motor’s long-term programs.

In the meantime, sports car customers will have to settle for competitors. The Mustang and Dodge Challenger will be sure things for at least a few more years. And, the Cadillac ATS and CTS are both built from the same platform as the Camaro, as well, although Cadillac’s styling is quite different. Overall, you’ve got a few options to consider — or, just wait for the inevitable Camaro revival.