Chevy Silverado Explodes Into Giant Fireball on the Dyno 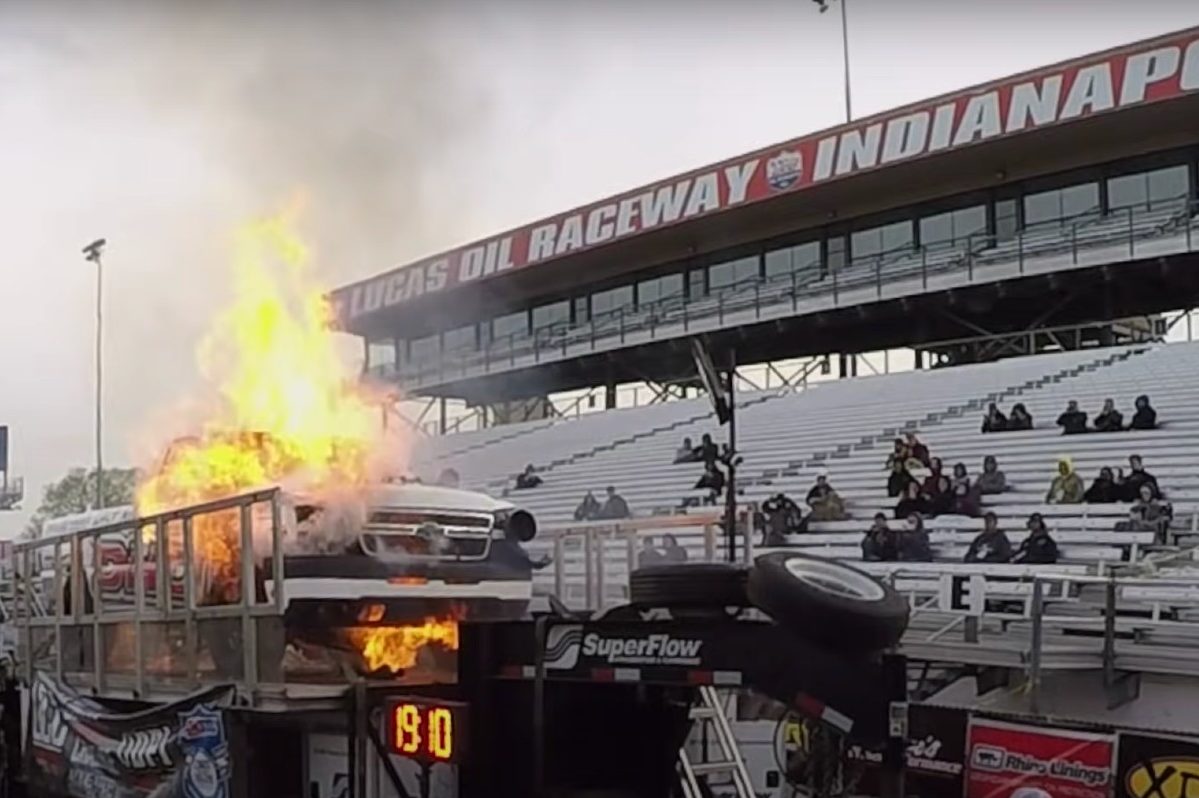 The team over at Dirty Hooker Diesel barely escaped what could have been an absolute disaster, after a routine dyno run to measure the torque and horsepower on a Chevy Silverado turned into a diesel engine explosion of epic proportions.

It all went down at the Ultimate Callout Challenge in Indianapolis, when the engine throttle on the Silverado’s Duramax V8 got stuck, which led to the engine being overrun. Cue an enormous fireball that pretty much engulfed the entire pickup truck. Even though the driver tried his best to remedy the situation by hitting the brakes, the fire caused by the dyno explosion raged on. When it was all said and done, the Chevy’s entire front end was pretty badly beat up, with bent pistons and a dismantled turbo compressor wheel being among the damage sustained to the engine.

Fortunately, not only did the driver escape injury due to the protective suit that he was wearing, but the DHD team was able to fix the truck after 17 hours worth of repair work. In fact, the truck was even able to compete in the Ultimate Callout Challenge’s sled pull runs. What an awesome turnaround! This is why these guys are some of the best at what they do.

What Is Dirty Hooker Diesel?

It may sound like an after-hours type of establishment, but Dirty Hooker Diesel (dirtyhookerdiesel.com) is actually a Harbor Bay, Michigan-based high-performance diesel shop that offers all-season service and specializes in diesel performance parts and accessories for Duramax, Cummins, and Powerstroke diesel engines.

While they may primarily market themselves as a service and repair facility, DHD also prides itself on its Dirty Hooker Diesel Duramax Sled Pulling team, which has been a TTPA (Thumb Tractor Pulling Association) point champion for nine years.