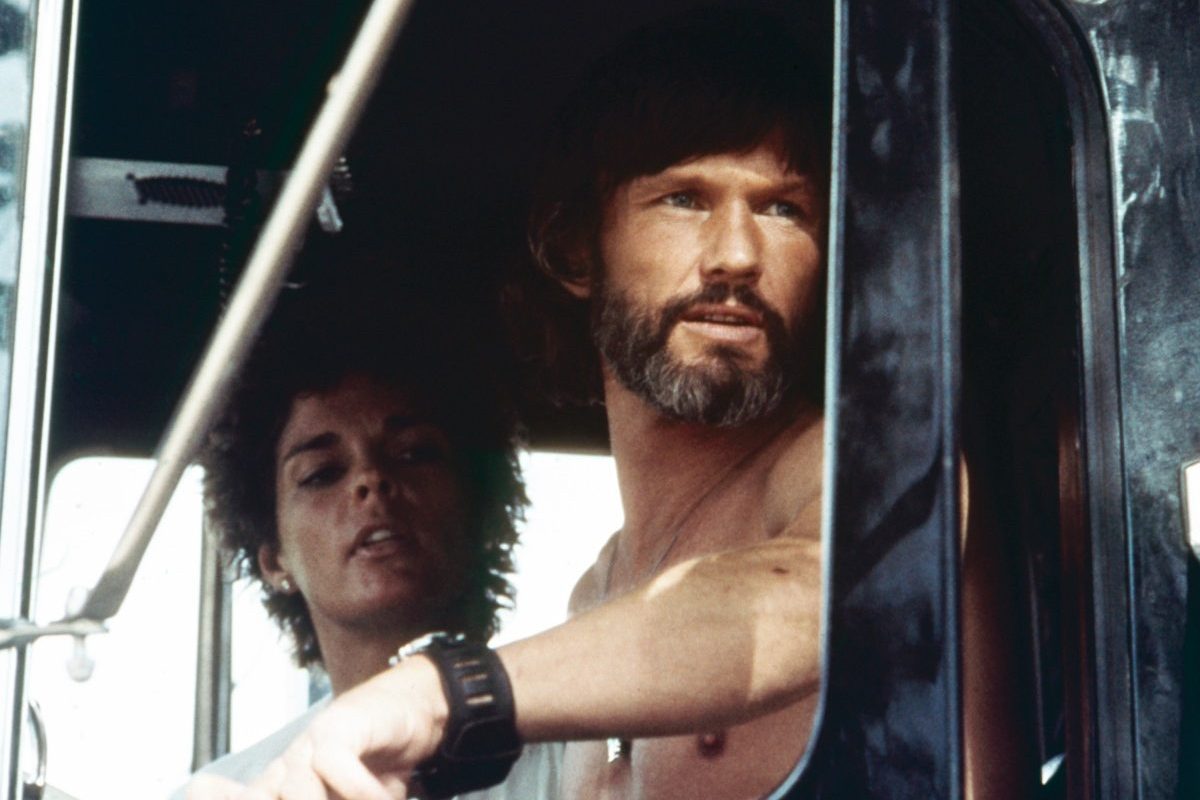 During the 1970s, the CB radio and trucking craze was at an all-time high in the United States. Trucker movies such as Smokey and the Bandit and White Line Fever quickly became box office hits following their release dates. It wasn’t too much longer before Hollywood decided to put out another classic trucking movie in 1978 called Convoy.

Directed by Sam Peckinpah, this action-comedy was actually based on the country song Convoy, a 1975 hit by C.W. McCall. The wild bunch of truck drivers in the film definitely get into some trouble along their journey, so there’s no lack of action and the getaway chase scenes are pretty epic.

The trailer alone is enough to get the adrenaline flowing!

What’s the Truckin’ Deal With Convoy?

To start things off, Kristofferson’s The Duck is driving his Mack truck through the desert of Arizona, when he links up with a number of other drivers going the same way. They hear over the CB radio from another “trucker” that it’s alright to increase speed. Unfortunately, it turns out to be Sheriff Lyle, who pulls them over and tickets each of them. Following this, The drivers all head to a truck stop, Rafael’s Glide-In, where Sheriff Lyle eventually also shows up to check plates. They get into a heated discussion, which eventually leads into an all-out brawl after Mike punches Lyle.

The truckers leave the place in a hurry and head over to New Mexico in an attempt to escape prosecution. Along the way, they have numerous encounters with police, but they quickly find ways to evade them most of the time. Spider Mike leaves the convoy to be with his wife who just gave birth, but trouble ensues as he gets arrested by Lyle and another sheriff in Texas. Lyle plans to use Mike as bait to reel in the one he really wants, The Duck.

All the truckers head back to where Spider Mike is being held, and their rescue attempts are extremely destructive to the town, but they do manage to free Mike. After this, they knew the police would be hunting them down, so they head to the border of Mexico to flee. Rubber Duck gets separated during the drive, and the police are hot on his tail. Duck ends up in a showdown when he’s face to face with Lyle and the National Guard on the border. The cinematography is perfect for the wild action scene that follows. Sheriff Lyle uses a machine gun to blow up a tanker trailer, while Duck drives his semi off the side of a bridge, presumably killing himself.

A public funeral is held for The Duck, but of course, this couldn’t be how the movie ended. It’s discovered that Duck is actually in disguise in the back of a religious bus, and when he gets spotted by a friend, he says, “You ever seen a duck that couldn’t swim?”

This movie is an absolute classic, and you’ve got to put it on your watchlist if you haven’t seen it yet. You can even find Blu-Ray copies of it on Amazon, if you’d rather own a hard copy. One watch, and you’ll see exactly why it was so successful when it was released.