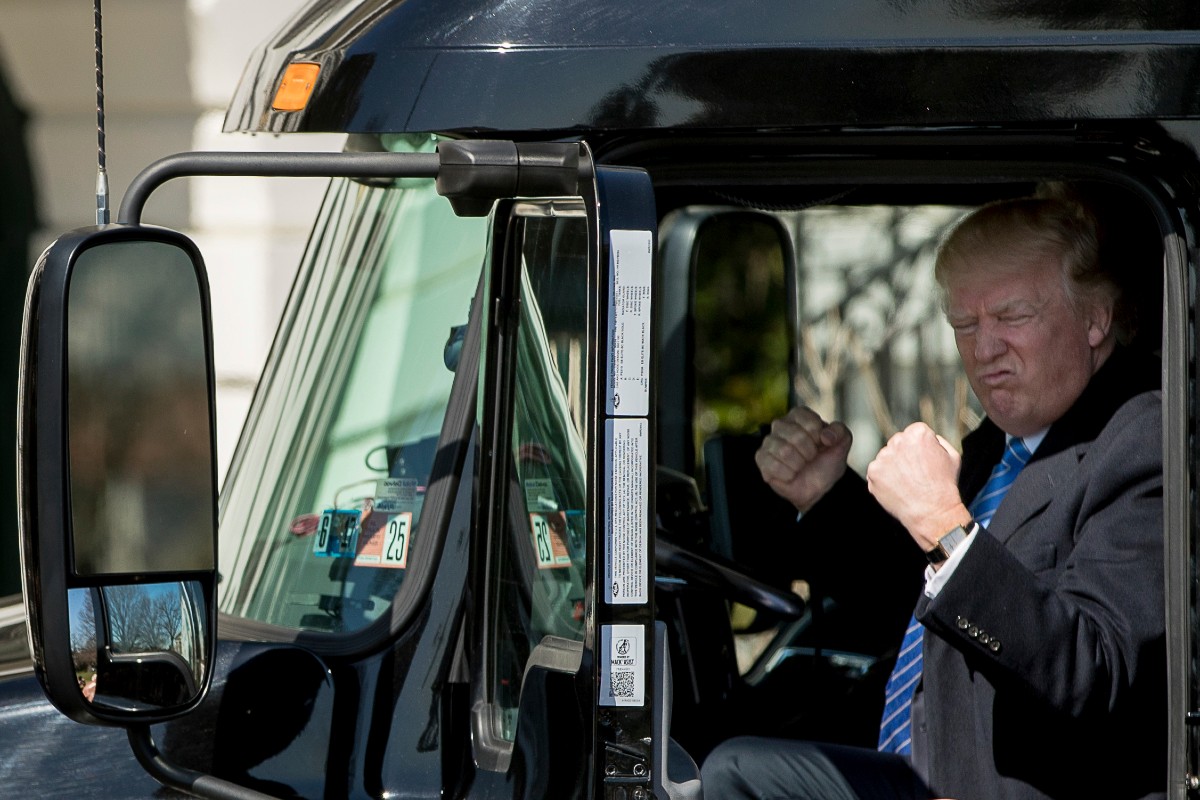 For better or worse, former President Donald Trump has left an impact on America. The Republican former president has been one of the most controversial figures to ever enter the White House. Trump, a New York native, had no problem battling Democrats and the senate during his presidency. His influence was so powerful that Trump supporters even made Trump flags, which featured his face across the American flag. Before the impeachment trials, Trump was no stranger to scandal.

Whether you’re pro Trump or not, it’s hard to make a case for the guy at times. Before Trump tossed the pandemic playbook in the trash and bungled America’s coronavirus response (which has improved with Joe Biden), he made a pretty big mistake addressing some of his core supporters.

Trump Has No Idea How Trucks Work

A 2018 recording of a dinner involving Trump and some of his main campaign donors and supporters revealed an unsettling truth. The American Trucking Associations and trucking industry make up a large percentage of Trump’s core fan base, yet he has no idea how trucks or truckers work. He also didn’t know that semi trucks ran on diesel.

Trump has been to multiple events where he seemed to be a huge fan of the trucking industry. He has tooted the horns of Mack trucks before. He has spoken specifically to the group about the hardships of their profession and his plans to improve upon the industry. Proving that he didn’t know a thing about the trucking industry, despite so many interactions with truck drivers, was shocking, to say the least.

The trucking industry contributed millions of dollars to Trump’s 2016 campaign. Promising to help a specific demographic and then showing that you really knew nothing about them? Contrary to popular belief, that is a textbook political move. For a guy that campaigned on not being a politician, it seems like The Donald pulled a fast one on the trucking industry in true political fashion. Did Trump ever have any love for the hardworking drivers that transport big trucks and cargo across our country or did he use them to get to the Capitol?

WATCH: Did You Know These 10 Celebrities Worked As Truck Drivers?