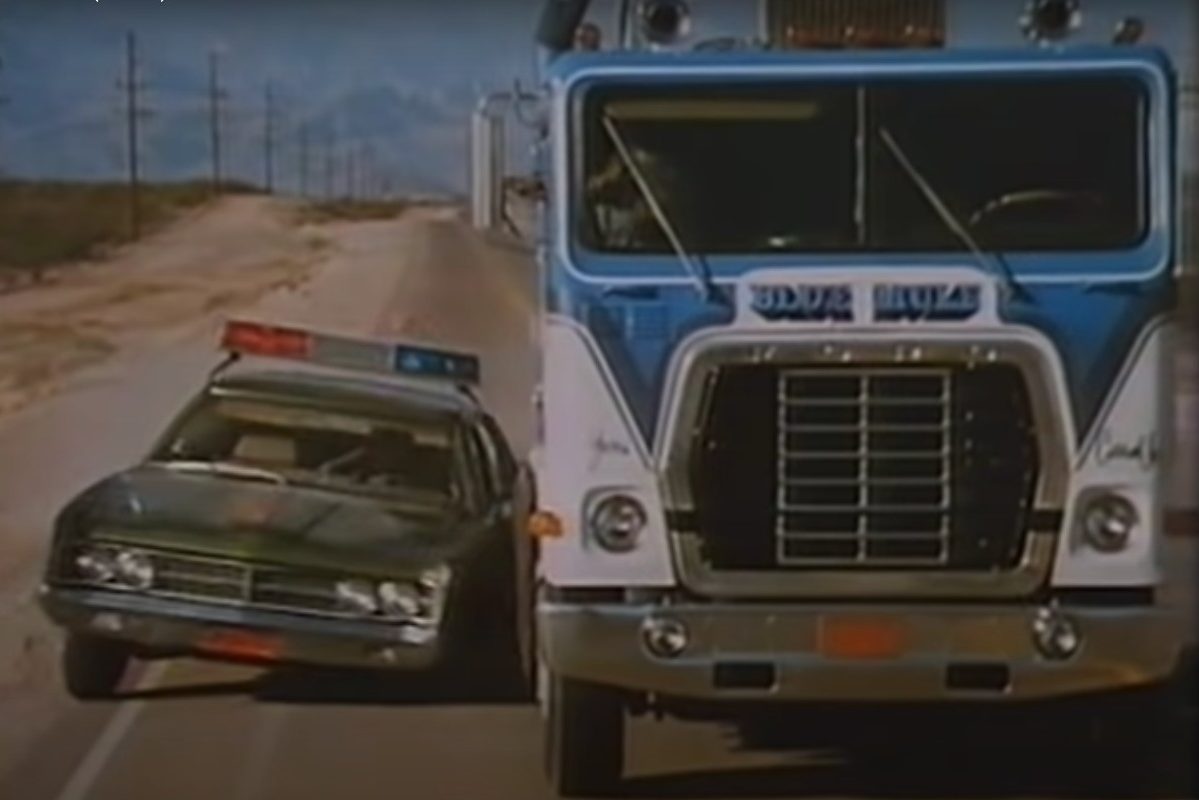 While White Line Fever may not be quite as iconic as other trucking movies like Smokey and the Bandit, the film surely became a classic in the ’70s. Director Jonathan Kaplan and producer John Kemeny released the Hollywood blockbuster, which brought in $35 million at the box office and boasts a 6.5 rating on IMDB.

While the film had a decently engaging plot, which you can check out below, there’s no denying that the real star was the 1974 Ford truck nicknamed “The Blue Mule.” It’s certainly the workhorse of the entire film, and every classic truck driving movie needs a classic rig.

Needless to say, if you’re a fan of trucking movies with tons of action, White Line Fever is the flick for you.

Just to set the stage for the film, Sam Hummer is a truck driver from Tucson, Arizona who works for Red River with other independent truckers Duane Haller and “Pops” Dinwiddie. Once Sam’s son Carrol Jo, a.k.a. CJ, is old enough to drive, he becomes the driving partner. Sam changes the name of his truck to “Sam Hummer and Son.”

CJ begins dating Jerri, and the two soon plan to get married. However, things change after Sam suddenly dies, putting an end to the trucking partnership. CJ joins the United States Air Force and gets shipped off the Vietnam, where he quickly becomes a hero. Upon his arrival back to the states, he returns to Jerri, and they finally get married.

Shortly after, CJ gets a loan from the bank, and the two head over to a local used truck lot, where they find a repossessed 1974 Ford WT9000 cabover rig with a 350 NTC Cummins turbo diesel engine. The salesman also throws in a custom paint job with the nickname “Blue Mule” painted on the front, and that pretty much seals the deal.

CJ eventually returns to Red River, only to find that things are very different. They now only ship un-taxed cigarettes, slot machines, and other contraband. Duane informs him that if he wants to keep a job, he needs to keep his mouth shut. But, CJ stops immediately and forces an unload of his trailer, vowing that he’ll never haul illegal cargo. He ends up having an altercation with Clem, the ringleader of the corrupt goons working the docks.

A little later, CJ gets pulled over by the local, Deputy Bob, only to find that he’s in on the illegal runs. He handcuffs CJ to the truck, and two other goons from Red River later show up and break his ribs.

After his recovery, CJ tries to get back into work, but he’s unsuccessful because of the bad name Red River has given him. He returns to Red River with a shotgun and threatens a worker, only to find that the person he really needs is the boss of the company, Buck Wessler.

As CJ continues working to make a living, he starts to uncover just how corrupt the big corporation is, and finds that they have hands in a much larger sector of the trucking industry than he once thought. He continues to defy the work of the illegal company as the movie goes on, and he encourages other truck drivers to do the same.

Violence ensues in multiple different scenarios as the movie gets further in, but he eventually manages to get all the Tucson truckers to go on strike, all thanks to the one trucker that had the courage to stand up to the corrupt company.