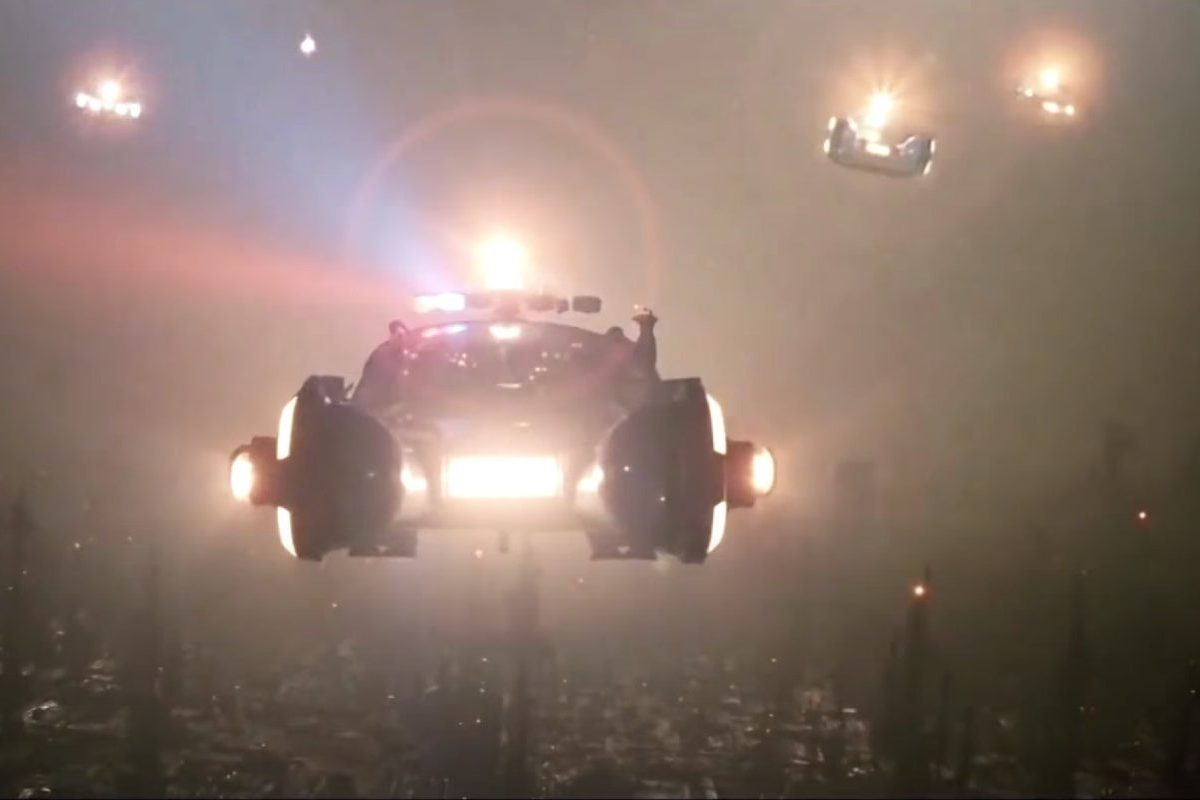 Who remembers the 1982 science fiction classic Blade Runner? Most of the concepts portrayed in the film were way ahead of their time, but I guess that was kind of the whole point. The original Blade Runner was set in a dystopian, overcrowded Los Angeles in the year 2019, and starred Harrison Ford as main character Rick Deckard. It should go without saying, but we didn’t actually see any of these sci-fi concepts become reality in the real world for 2019. Sure, we have Tesla, but that’s not nearly as cool.

However, while it featured awesome futuristic ideas such as genetic engineering, massive complex architecture, and holographic usage, Blade Runner‘s main appeal for many automotive enthusiasts was the flying cars. They were called “spinner” cars, and they basically set the stage for science fiction vehicles going forward. Thanks to designer Syd Mead, the idea was brought to the big screen.

The spinner from Blade Runner may have been pretty cool, but not just anyone could get their hands on one in the movie. The police spinner was essentially a flying police car, obviously only available to law enforcement. On the other hand, if you were wealthy enough, you could also manage to get one. As for the general public, well, they had to just do without them.

According to the press kits for the film, the vehicle made flying travel possible by utilizing three different engines: conventional internal combustion, jet turbine, and anti-gravity. Mead described the flying cars as aerodyne, meaning they directed air downward to create enough lift for take off. Even though these types of vehicles completely replaced helicopters and personal jets in the movie, they were also still capable of functioning as regular cars when needed. They were even equipped with some cool-looking scissor doors to add a bit of flare.

Let me show you a couple reasons why I think this sci-fi classic made such an impact. There were many replicants in the years that followed. In the 1985 film Trancers, you can actually see a spinner car in a repair shop. In 1990’s Solar Crisis, they also used a repainted police spinner as one of their vehicles. That’s not all, because in Back to the Future Part II, you’ll notice a spinner parked on the street, and they were seen multiple times throughout the Star Wars movies, specifically in The Phantom Menace and Attack of the Clones.

In 2017, Blade Runner 2049 was released. The sequel featured Ryan Gosling and Harrison Ford, and, not all the surprisingly, they kept the spinners around. Officer K, along with many members of the LAPD, are seen still flying around in them. Interestingly, the movie made a deal with automaker Peugeot and branded the spinner flown by Officer K as a Peugeot, though this later resulted in a lawsuit.

As of today, you can find a spinner from the original film showcased at the Science Fiction Museum and Hall of Fame in Seattle, Washington. If you’re interested in the Blade Runner 2049 style, you can also find that model on display at Petersen Automotive Museum in Los Angeles. Hell, these things were such a hit that you can even buy miniature functional models of spinners on Amazon. This was certainly the most popularized image of a futuristic flying car, even if it didn’t actually become a reality.

With all the features in non-related films, toys, and museum exhibits, there’s no doubt that people fell in love with these flying vehicles. Part of me wishes we had them today, but the more rational side of me realizes that will likely never happen. Good thing we have two Blade Runner films so that we can live out these sci-fi fantasies through our big-screen TV’s.