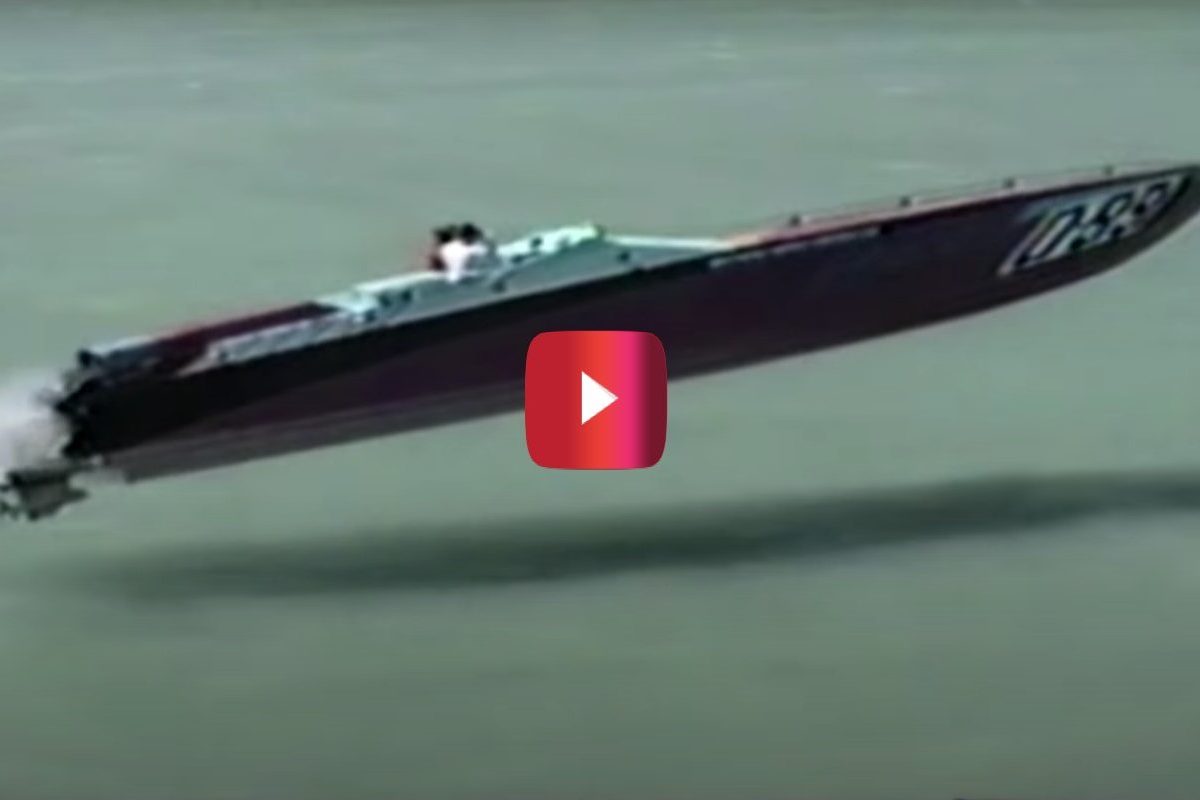 There’s something about watching a high-speed boat just glide over the water that can make you want to drop a little bit of coin on a new hobby. Here’s a video that does just that.

Now, this footage of a 41-foot Apache powerboat racing over the water might seem pretty vintage, but don’t let the slight graininess fool you. The way this beauty of a vessel majestically flies over the water, you’d think it were brand new.

Nicknamed “Razz,” this boat boasts a seriously impressive pedigree. Back in 1988, performance boat racer Tres Martin won a world championship in this thing. A few years later, Yves Belanger took the Razz for a high-speed cruise in South Beach, Florida, and in the below video, we get to see nearly 10 minutes worth of what this thing can do. Can you count the number of times this bad boy gets airborne? Hint: It’s a lot. A regular boatload.

Who wouldn’t want to do take an absolute beast like this out on the water to stretch its legs? Just check out the incredible air it’s catching with each wave! It’s about to straight-up enter into orbit or something. Up, up, and away! This thing ain’t touching down until next year!

In all seriousness, you’ve just got to appreciate the time and effort that went into crafting this awesome watercraft. I mean, that is one solid hull. That thing gets slammed again and again on some pretty rough water and stays intact no problem. It takes a licking and keeps on ticking, if you catch our drift.

Damn, it’d be an absolute blast to take this thing for a spin, wouldn’t it? Summer really can’t come soon enough. It’s time for boating season.