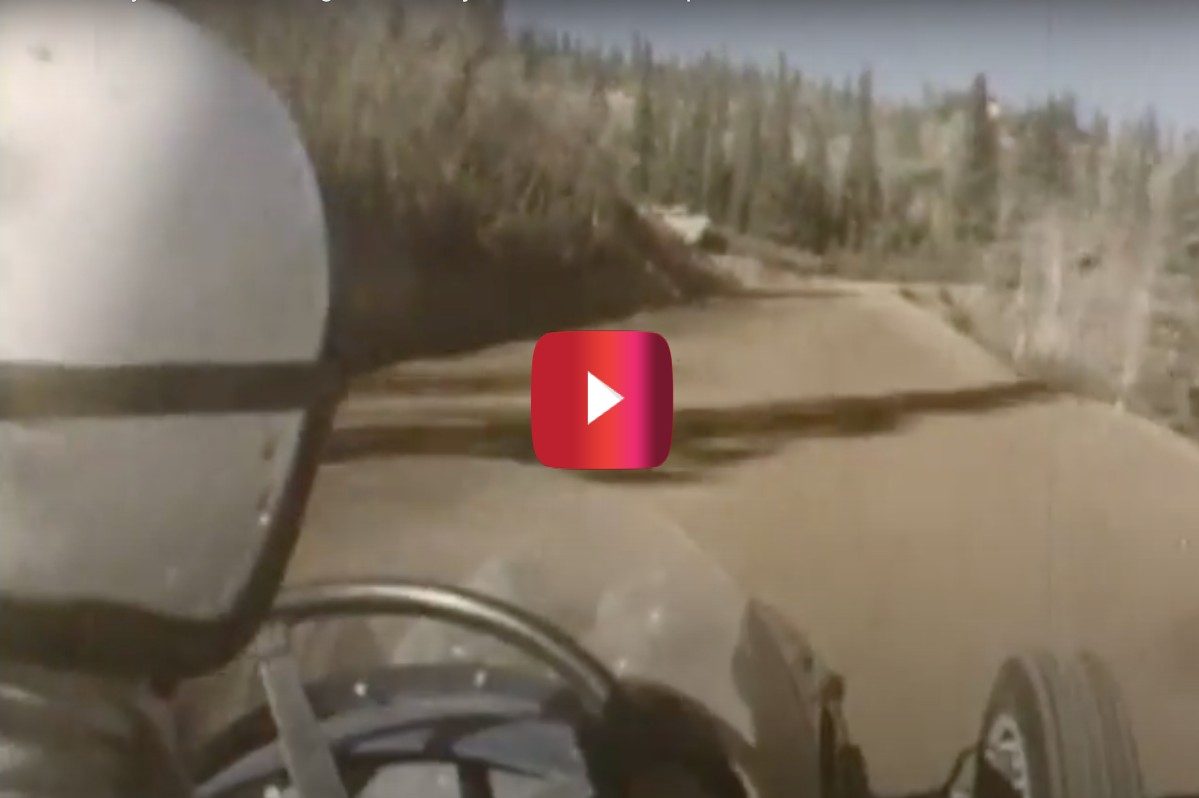 Bobby Unser — who passed away May 3, 2021 at the age of 87 — was a member of racing royalty and boasted an impressive auto racing lineage, with two brothers, two nephews, an uncle, and a son all having raced professionally at one time or another. On top of that claim to fame, Unser’s racing career stats weren’t too shabby either. He’s one of only 10 drivers to win the Indianapolis 500 three or more times, having won in 1968, 1975, and 1981. Bobby’s younger brother Al Unser actually ended up winning four times at Indy, which must have made for quite the sibling rivalry.

Unser also has two United States Auto Club (USAC) championships to his name, and, when his IndyCar career was all said and done, he had 35 wins and 52 pole positions in 258 starts.

But, in case you thought he was just a track rat, check out the below footage from the 1966 Pikes Peak hillclimb. Needless to say, he absolutely thrived in dirt track conditions as well.

Now fully paved, the Colorado Springs track used to be a totally different experience. In fact, it even used to be dubbed “Unser’s Peak,” due to the success that the Unser family had there. Bobby Unser himself won a record-setting 13 championships at Pikes Peak. Which is why, even though the dirt climb looks treacherous, Unser makes it look so easy.

Watching Unser crank that gigantic wheel while sliding around the dirt on those skinny tires really gives you an idea of how much different the track was back then. No safety cages, no guard rails, and no pavement meant those who entered were closer to daredevils than drivers.

With two USAC championships under his belt, Robert William Unser?s star shone the brightest at the Pikes Peak hillclimb. He won a record 13 championships at what later fittingly became dubbed ?Unser?s Peak,? due to the Unser family?s success there. Bobby Unser also dominated the Indy 500, as he’s one of 10 drivers to win the Indy 500 three or more times and one of only two (the other being Rick Mears) to have won the 500 in three different decades (1968, 1975, 1981).

An inductee of the Motorsports Hall of Fame and National Sprint Car Hall of Fame, Unser also saw success as a television commentator, calling races for both IndyCar and NASCAR.

Unser was also part of one of the most renowned racing families of all time. Though his brother Jerry Unser was taken far too soon at the age of 26 following a devastating practice lap crash, Bobby?s younger brother Al had a Hall of Fame-earning career, with four Indy 500 wins and three National Championships. Bobby?s uncle Louis, his two nephews, Johnny and Al Unser Jr., and his son, Robby, also had professional stock car racing careers.