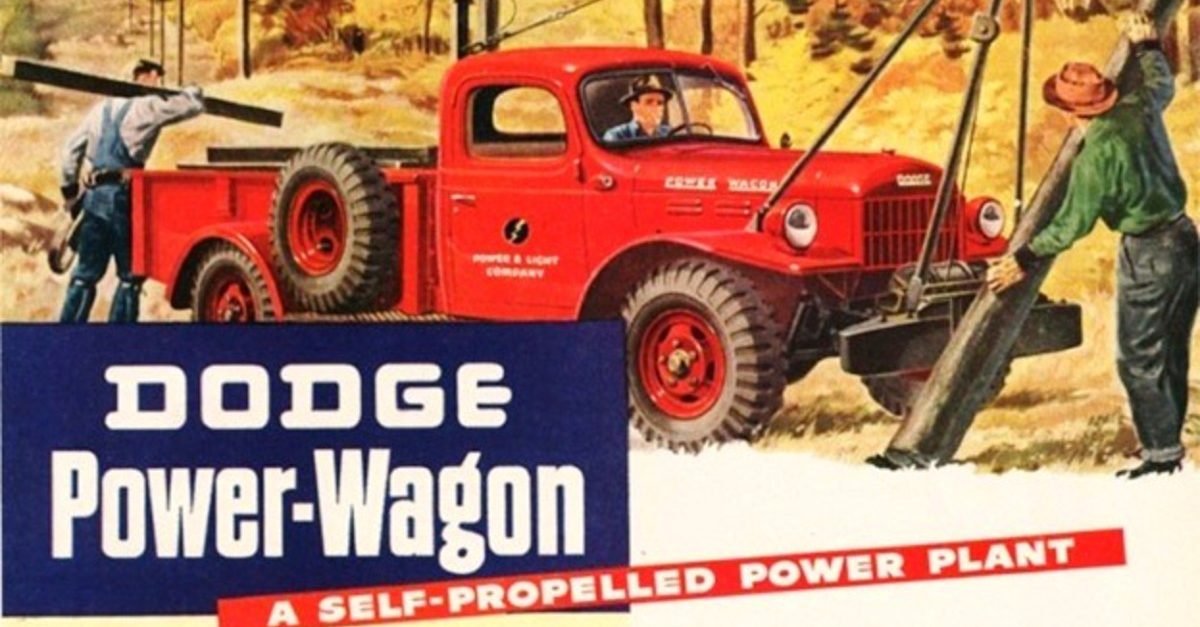 The Dodge Power Wagon has been a well-known name for a long time. It started back in 1946, right after World War II, when Dodge took the Dodge WC military trucks and made a civilian version. The WWII trucks did so well, the name lives on even today through the Ram brand, over 70 years later.

When the Power Wagon truck was originally released, it was one of the only general-use factory four-wheel drive vehicles available in the United States. The Willy’s Jeep was also available with 4×4, however, the Power Wagon was a much more capable work truck. This pickup truck was one that paved a path and brought four-wheel drive to a larger audience.

The ’46 model was the first iteration of the civilian truck, and at this time, it was known as a flat fender WDX truck. It was introduced as a medium-duty truck, and Dodge described it as an off-road and unimproved road capable general-purpose truck. It featured an enclosed all-weather cab, and an eight-foot purpose-designed cargo bed with a wheelbase between 126 and 147 inches. The engine was a 230 cubic-inch flathead inline 6 hooked up to a four-speed manual transmission.

This truck even had a two-speed low transfer case for part-time four-wheel drive with a power take-off (PTO). And, these things are big! They came with 9.00/16-8 ply tires and 16×6.50 inch steel wheels to support the mass. The 4×4 trucks were extremely capable vehicles for the time, and people took a liking to them pretty quickly. Multiple variants and improvements were added throughout the years of the truck, which made it even more capable over time.

Take a look at this crazy beautifully restored 1947 Power Wagon caught at SEMA in 2014.

The 1946 Power Wagon is not an easy truck to find in original condition anymore, and if you do find one, it’s likely to come with a pretty steep price tag. But, there are companies out there who specialize in restoring these old trucks. Ram continues this lineup with some pretty sweet-looking modern Power Wagons, with some models sporting the Cummins turbo diesel engine with an 8-speed automatic transmission behind it.

Who knows where we’d be if we didn’t have the ’46 as the starting point?