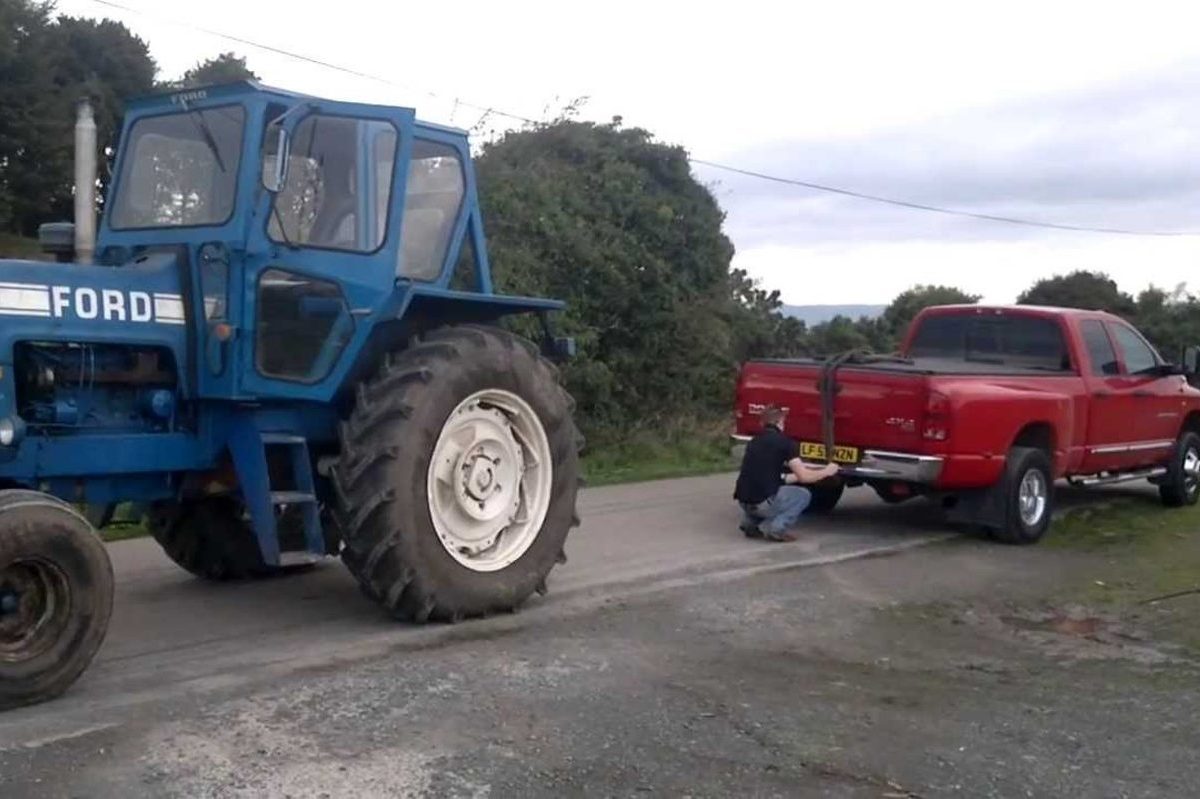 Tug of wars are epic tests of strength. No, I’m not talking about that field day game where two teams pull on a rope. I’m talking about some epic off-roading American badassery where two beasts enter, and one beast leaves. It’s like Thunderdome on wheels.

In this match-up, we’ve got a Dodge Cummins Ram 3500 taking on a Ford 8600 tractor, and while it looks like the tractor has a decent shot of pulling off the win at first, the diesel-packing Dodge easily comes away with the victory in complete and total domination. This is one towing battle you’ll want to see through to the finish.

Now, granted, this probably would’ve had a much different outcome had it taken place in a field, as the Dodge truck has a pretty far and away advantage from a traction perspective. Regardless of how souped-up they are, tractors really don’t stand much of a chance on pavement. Especially against a Dodge diesel.

This led to plenty of YouTube commenters voicing their disproval of the head-to-head, with comments like, “I think we can all agree they need a rematch because there wasn’t a real winner,” “The amount of people who do not understand the concept of traction makes me sad for humanity,” and even “Rigged, this video sucks.” Wow. Tell us how you really feel, folks.

Sure, it’s not the most evenly matched or conclusive Ford vs Dodge tug of war. But, even with all of that in mind, this is a pretty sweet face-off nonetheless, if you like to see epic displays of torque and heavy-duty power. It would be sweet to see them duke it out on a dirt track, though. Maybe for Round 2.