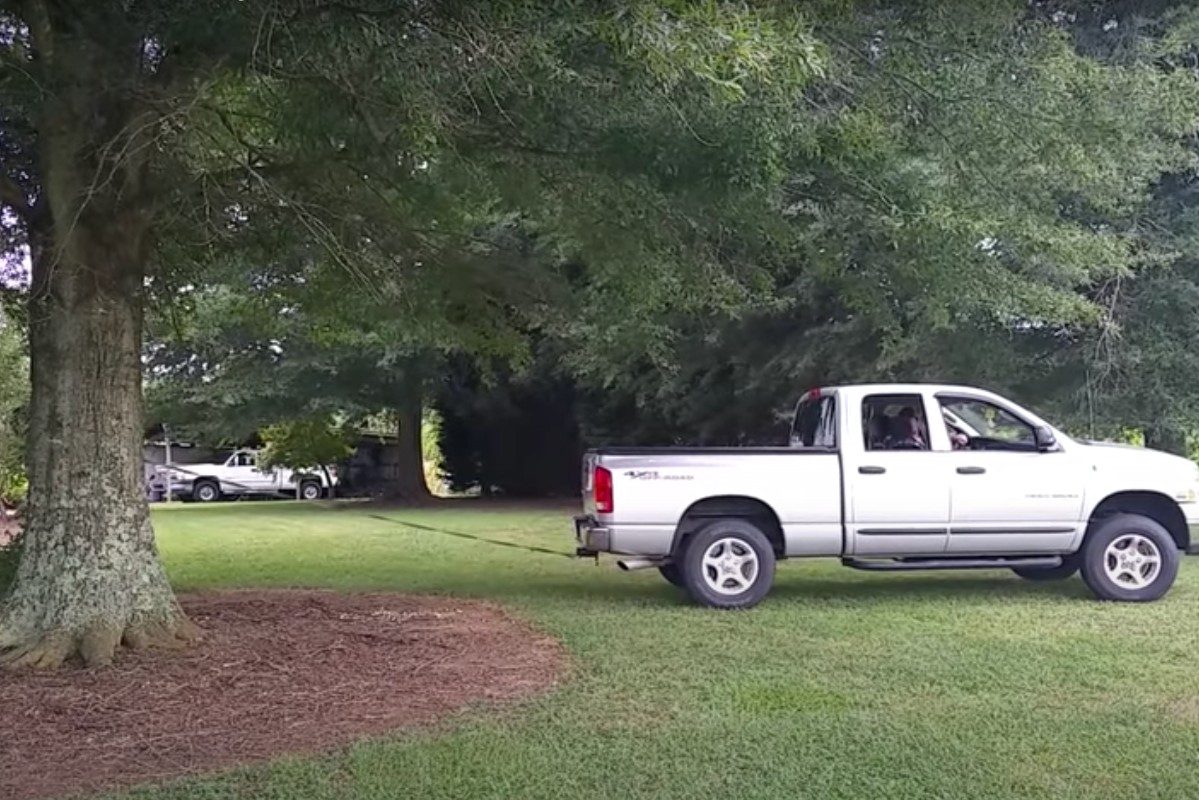 Here’s a guy who looks like he’s about to pull off the impossible with his truck. Sure, Dodge may be known for having a decent towing capacity, but no way that even the beastliest Dodge Ram could uproot a tree this big, right? Well, it looks like this Dodge owner is about to give it the ol’ college try, and end up smack dab in the middle of some fail video compilation while he’s at it.

As it turns out, though, looks, in this case, can be very deceiving. And, what looks like an experiment that will end in absolute failure (and a completely ruined truck) ends up being wildly successful (and hilarious) feat of towing prowess. Just take a look.

Read More: With Truck, Chain, and Tire, This Guy Has the Best System for Uprooting Fence Posts

Ha! What we’ve got here is a master of illusion. David Copperfield would be proud. The ol’ sapling-behind-the-big-tree trick. Gets ’em every time! In all seriousness, this jokester definitely fooled a fair share of people with this one. Admit it. He even had you going for a little bit.

And, we definitely don’t blame you if he did. Considering how many tree and stump pulling fails we’ve seen over the years, it’s not entirely outside the realm of possibility that there are at least a couple of not-so-bright truck owners out there who would try this stunt. Pulling out the big tree, that is. It’s sad, but true.

Now, as several YouTube commenters pointed out, the above video would actually make for a hysterical Dodge commercial. All you have to do is slap a “Grab life by the horns” slogan at the end of that video, and you’ve got yourself a pretty decent ad campaign.