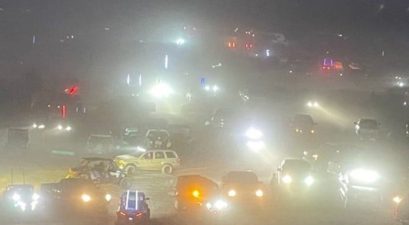 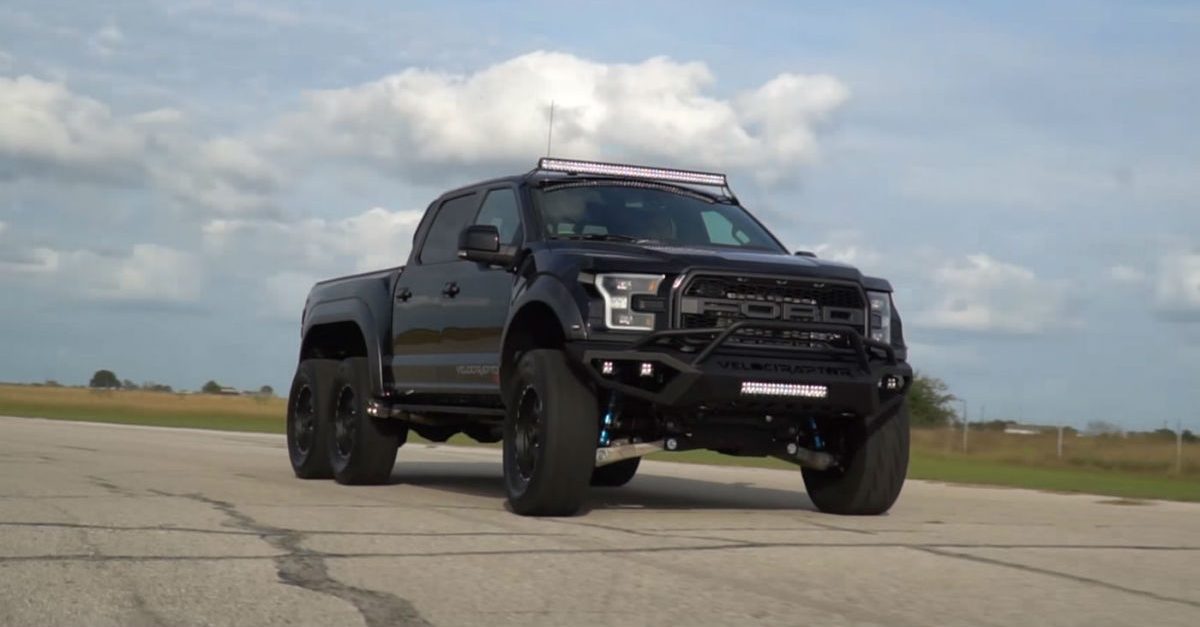 The Ford Raptor truck is a fan favorite for a reason. It packs a ton of power, has incredible off-road capabilities, and is as sleek-looking as any vehicle its size. On top of all that, it’s sold for a seriously reasonable price.

Well, Texas-based Hennessey Performance Engineering, an American tuning house founded by John Hennessey that specializes in souping up super cars, decided that they wanted more where all of that came from. Much, much more.

Hennessey created a completely absurd 6×6 version of the Raptor called the VelociRaptor. It was teased at last year’s SEMA show in Las Vegas, and it didn’t take long to realize what a beast this thing actually is.

Read More: The Super and Mega Raptors Are for Those That Thought the Ford F150 Raptor Wasn?t Tough Enough

So, we guess the important question here is: How did Hennessey end up modifying this thing in the first place? To start, they got a new Ford Raptor. From there, Hennessey modified the EcoBoost v-6 with a larger twin turbo, better air intercooler, and tuned ECU. These tweaks are good for an whopping 597 horsepower and 622 lb-ft of torque, which catapults this heavy beast to an impressive MPH time of 60 MPH in just 4.9 seconds. That’s small car fast. Like small performance car fast. Imagine getting smoked in your Camaro by this speed demon!

The truck was given frame, chassis, and body modifications to fit the additional rear axle, and it all looks totally factory. The VelociRaptor 6×6 uses huge 20-inch wheels with some serious Toyo off-road tires, and the performance shocks are made by FOX. You can lock each one of the three axles, and there are even more performance options available if you so desire. As if spending $350,000 on a Ford pick-up truck wasn’t enough, you have to pay more for options like big Brembo brakes, even bigger wheels, stainless steel exhaust, LED lights, and custom interior packages.

For those of you reading that want to buy a Hennessey VelociRaptor 6×6, you better act quick. They are only making 50 of these end-of-the world, Zombie-proof trucks, and there are a lot of crazies out there with money burning a hole in their really expensive pants’ pockets who won’t hesitate to roll up to their local Ford dealer despite the massive price tag.

Read More: With Special Front and Rear Bumpers, a Rollbar, and Much More, the Next-Gen Velociraptor 6×6 Is All the Truck You?ll Ever Need