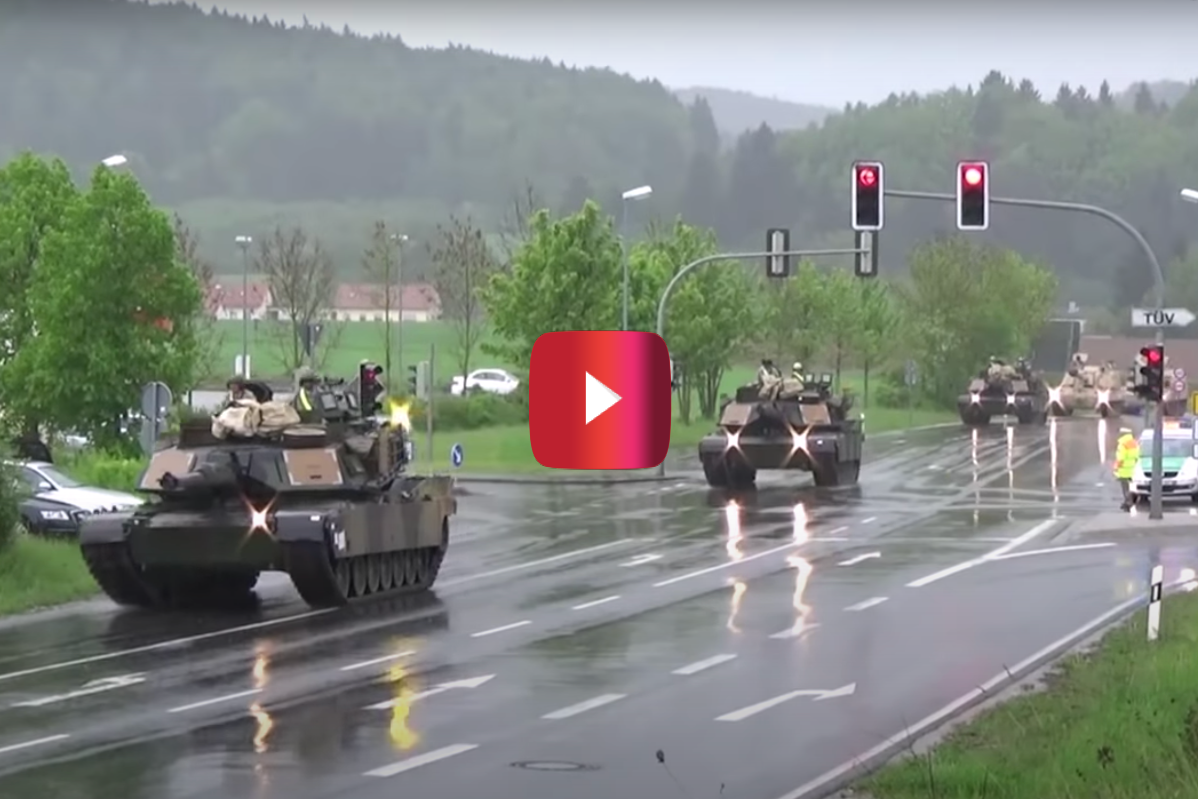 Combined Resolve is a biannual military exercise that, currently, features more than 5,000 service members from 17 countries. The goal? To strengthen the relationship between NATO allies and partner-nation forces. Needless to say, it’s a big freakin’ deal. The exact ins and outs of what gets accomplished during these extensive exercises is above our pay grade, but if you like seeing big, expensive pieces of military machinery in action, then you’ve come to the right place.

The above clip is from Combined Resolve II, which went down in early May 2014. In the video, U.S. soldiers are seen moving tanks and Paladins (cannon artillery systems with self-propelled howitzers) into the training area located in the German municipality of Hohenfels. This is seriously impressive stuff!

Now, if you watched this video and immediately cracked a World War II joke to yourself, you weren’t the only one to make the connection. Take a look at just a few of the greatest hits from the comment section:

“The US rolled on Berlin in WW2. 70 years later they do it as allies. Crazy world.”

“Nobody:
German villagers: Not again.”

“Not the first time when the US army ‘passed through a German town.'”

“Looks at title: Hey, I?ve seen this before!”

Anytime you have “United States,” “Germany,” and “military” in the same sentence, World War II is going to get brought up. It’s just inevitable. Even though the U.S. and Germany are allies now, and have been for a long time, you’re still gonna the folks here in the states who will proudly tout such slogans as “two-time undefeated World War champs.”

Maybe not the best way to foster unity. But, hey, it does make for a popular T-shirt.