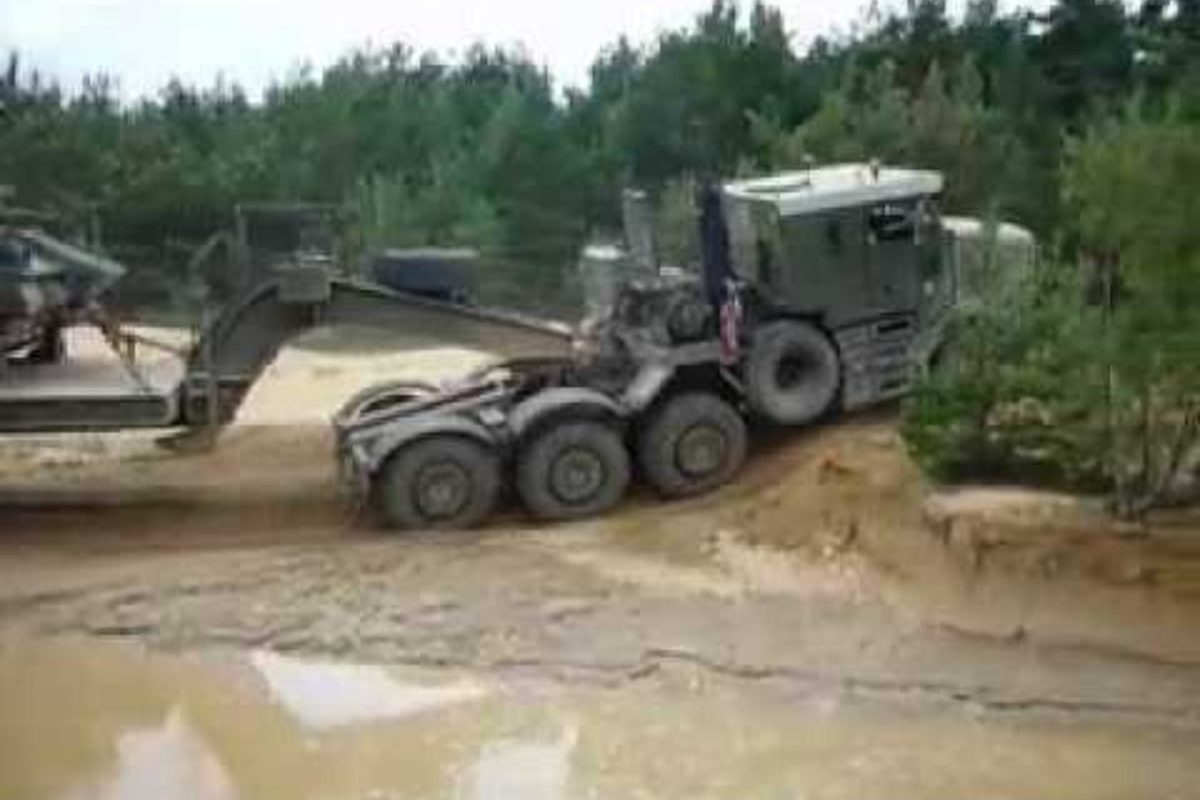 Using patented technology, King Vehicle Engineering — a trailer and parts manufacturing and assembly corporation — created what can only be described as the most impressive off-roading trailer the world has ever seen.

This King off-road trailer was created for military use, so you probably won?t be able to get your hands on one. But, if you could, you?d have an unparalleled towing trailer capable of hauling vast payloads over the roughest terrain you can throw at it. If you ever need to give a tank a piggyback ride, this is how you?d do it (military-grade UTV not included).

You won?t believe the off-road, overland capabilities on this trailer as it glides over seemingly impossible terrain grades. Just imagine if you?d had this thing at your disposal the last time you helped a friend move! Of course, unless your friend is the United States military, that might be what you?d call overkill. If you happen to ever find yourself in this situation, make sure you take your military-grade trailer for a little overland off-road detour, just to flex your towing and payload capabilities.

We don?t have any specifics on what suspension system is used. It could be anything from off-road performance shock absorbers, coilover shocks, compression adjuster shocks, air shocks, internal bypass shocks, off-road racing shocks, or anything in between in the form of custom shocks made just for this project. This might actually be the only version of this model in existence, so it would make sense for it to have specialized shocks.

Unfortunately, the King off-road military trailer is not available for purchase on King?s website. However, they do have a ton of other great trailers available that can almost certainly get the job done. Good luck out there, haulers!