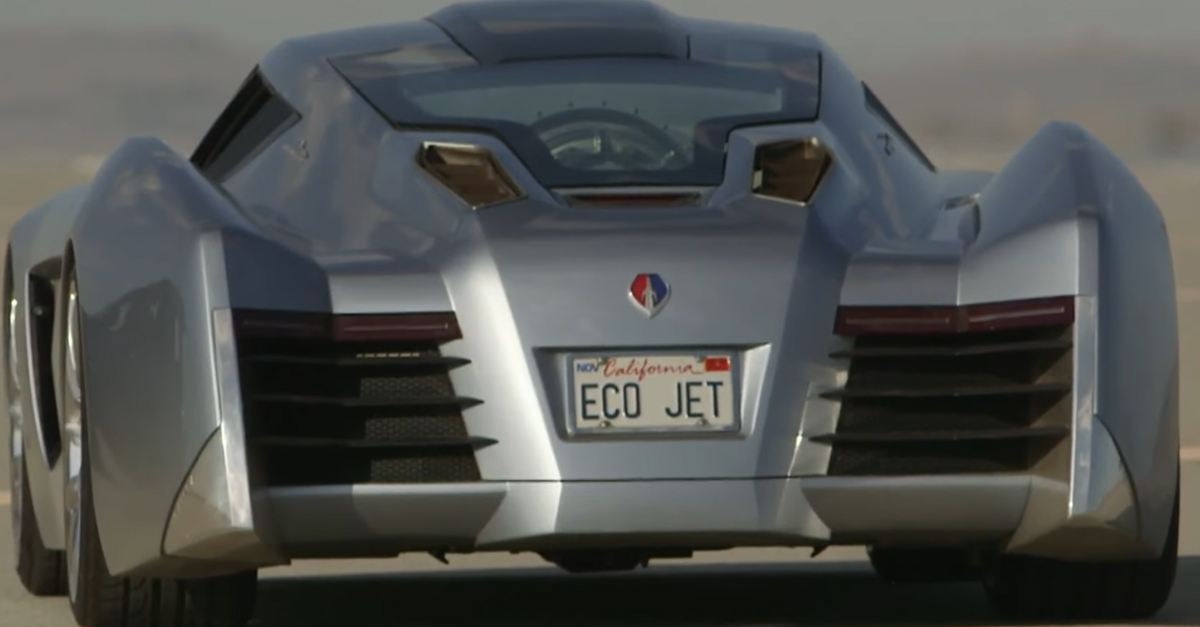 On his show Jay Leno’s Garage, former Tonight Show host Jay Leno spends each episode focusing on at least one exceptional specimen from his ridiculous collection of vintage rides and souped-up luxury cars.

In a episode he shot back in 2016 with renowned physicist Neil Degrasse Tyson, Leno really pulled out all the stops when he took his almost over-the-top EcoJet for a spin.

Built in partnership with General Motors and Honeywell, Leno’s EcoJet has 650 hp and is powered by an LTS-101 turbine jet engine normally reserved for United States military attack helicopters.

Converted to run on biofuel diesel, the EcoJet looks like a Ferrari and a modern day Cadillac had a baby, but Jay promises Dr. Tyson this thing is all muscle and has blisteringly fast speed levels. So, fast, in fact, it might do a bit more harm than good.

Can you even imagine being behind the wheel of this thing? What a machine!