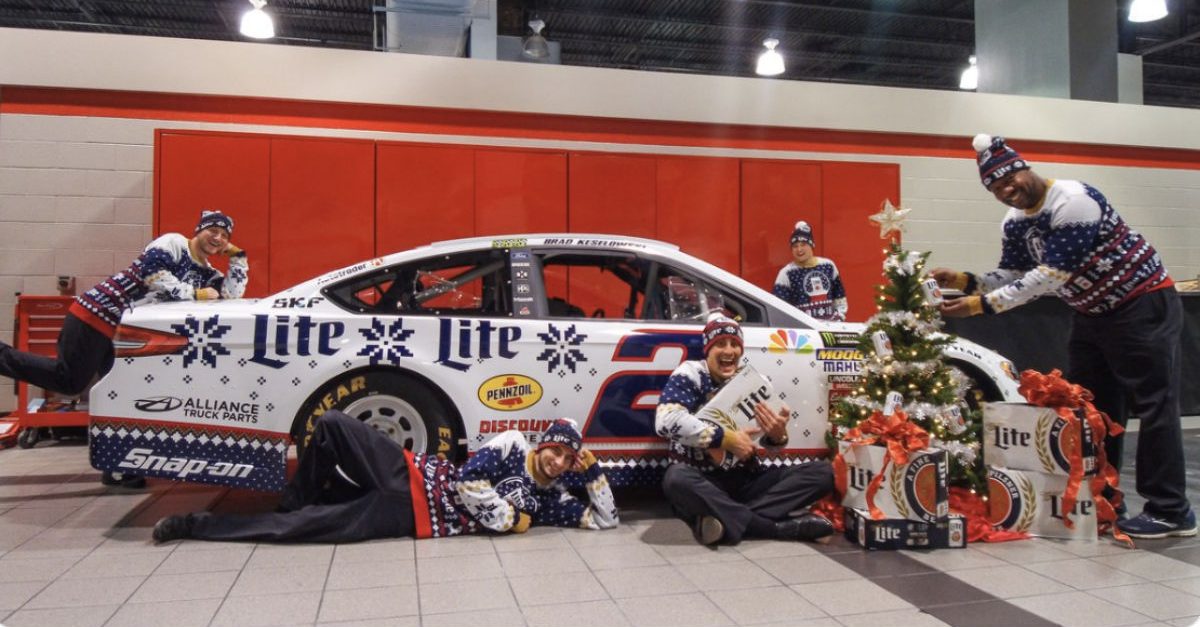 We haven’t even made it through Thanksgiving yet, but Christmas is coming early for Brad Keselowski and Team Penske this year, as the No. 2 Ford stock car will be rocking an ugly holiday sweater paint scheme for the Can-Am 500 race at Phoenix’s ISM Raceway on Sunday, November 11.

While the Michigan native was eliminated from the playoffs following the Round of 12 race, Sunday’s contest will be the last playoff elimination race that will determine the final four drivers still in contention for the NASCAR Cup Series championship.

We think the Team Penske guys do, too… 🤔 pic.twitter.com/MAJWaqKVkN

He may have gone on a solid run towards the end of the season (Keselowski won three races in a row at Indianapolis, Darlington, and Las Vegas), but since he doesn’t have a dog in the fight when it comes to championship hopes, he’s clearly focusing more on the light and festive side of things. Because, despite what the haters and losers say, you can never celebrate Christmas too early.

Read More: Chase Elliot Is a Force to Be Reckoned with Following Win at Kansas

Team Penske even put together a short video promoting the paint scheme, which like most NASCAR racing team videos, was heavy on the cheesiness. I mean, it started off with “‘Twas the Night Before Phoenix,” had members of Keselowski’s pit crew dressed in matching Christmas sweaters, and ended with “When the Squad Loves the New Car…”

But, hey, it’s not like they were going for an Academy Award-winning product here.

Winter wonderland in the desert? Yes, please. 🌵☃@keselowski's No. 2 @MillerLite Ford has a new scheme for this weekend's race at @ISMRaceway. 🎄🏁 pic.twitter.com/1wLpb5PLsL