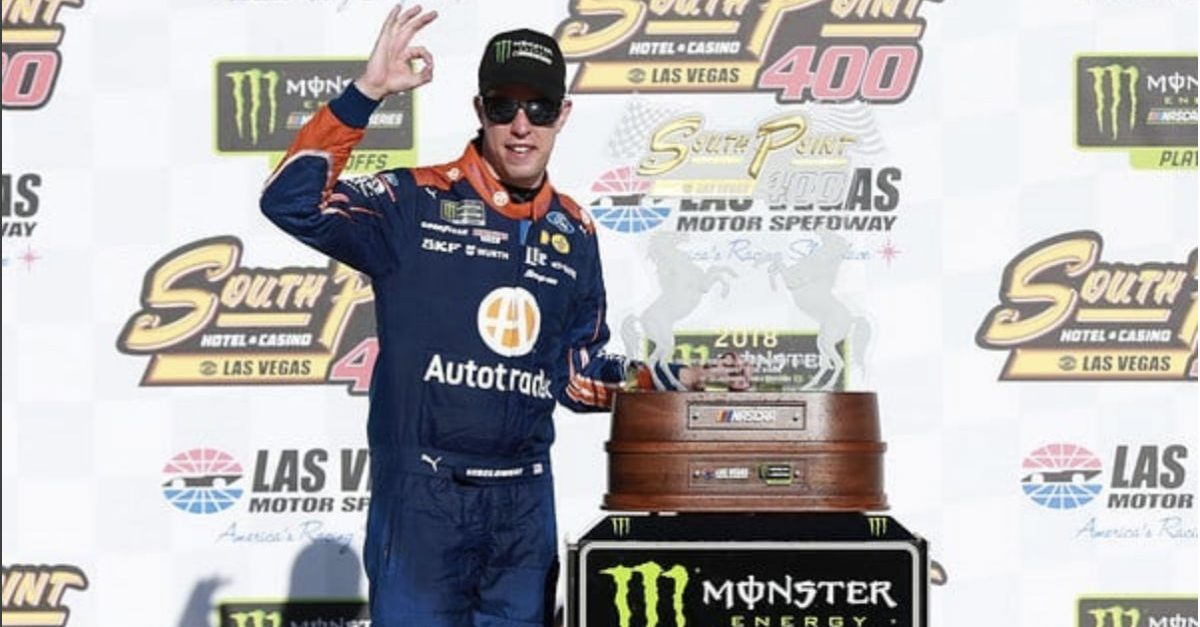 If you’ve been tuned into everything that’s been going on in the NASCAR Cup Series recently, you know that Brad Keselowski has had quite the winning streak, claiming victory at both Indianapolis and Darlington before completing the three-peat at the first playoff race in Las Vegas.

Despite his impressive record as of late, the Team Penske driver didn’t exactly put on a dominant performance in any of his victories, squeaking by consistently faster competitors, such as Kyle Busch and Martin Truex Jr.

In a press conference following Keselowski’s Vegas win, Truex himself expressed that Keselowski’s latest hat trick probably has a lot more to do with luck than anything else. And Keselowski pretty much just flatout agreed with him.

“He’s spot on,” said Keselowski, according to Autosport. “We have not been the best car the last three weeks.”

“This week we were probably a top three or four car. The #78 [Truex] was clearly the best car, and we put everything together when it counted and kind of stole it. Same scenario the last two weeks.”

“I thought the #42 [Kyle Larson] was the best car in Darlington, and we hit the strategy right and executed the last pitstop and that put us in position to win.”

“And in Indy we were nowhere near probably even a top-10 car.”

“We were probably a 15th-place car, and [crew chief] Paul Wolfe hit the strategy right and I hit the restart right to make all the passes when it counted and won that race.”

“With that in mind, I feel like we stole the last three races. We’re not complaining, but we still have a lot of work to do to go out there and win heads up without those issues.”

Along with Kyle Busch and Kevin Harvick, Truex was part of a modern-day “Big 3” that dominated most of the regular season. This led to a good chunk of NASCAR fans complaining about the sport’s predictability, though Truex pointed to Keselowski’s recent successes as being proof that this is very much not the case.

The golden horseshoe continues to be passed around.@MartinTruex_Jr says Brad @Keselowski has it now after three straight wins despite not being the dominant car each week. #GoingFor2 #TruexJr pic.twitter.com/ka8aPhYzDC

“Three races in a row he’s won and he has not had the best car If you want to really talk about the sport being what it is, you’ve got to look at that. Obviously he hasn’t led the most laps in any of those races, and he showed up at the end with good pitstops and good short-run speed.”

“Clearly it’s pretty obvious how it worked out. He’s hot right now. He’s on a streak. We finished third [at Vegas] with the best car. The previous three weeks we had a top three car and we finished 14th or worse in every one of them.”

“It’s a tough sport. A lot of things can happen, and momentum and luck being on your side, there’s a lot to say for it. Obviously they’re executing, they’re doing all the little things right, and that’s what it takes to win these things.”