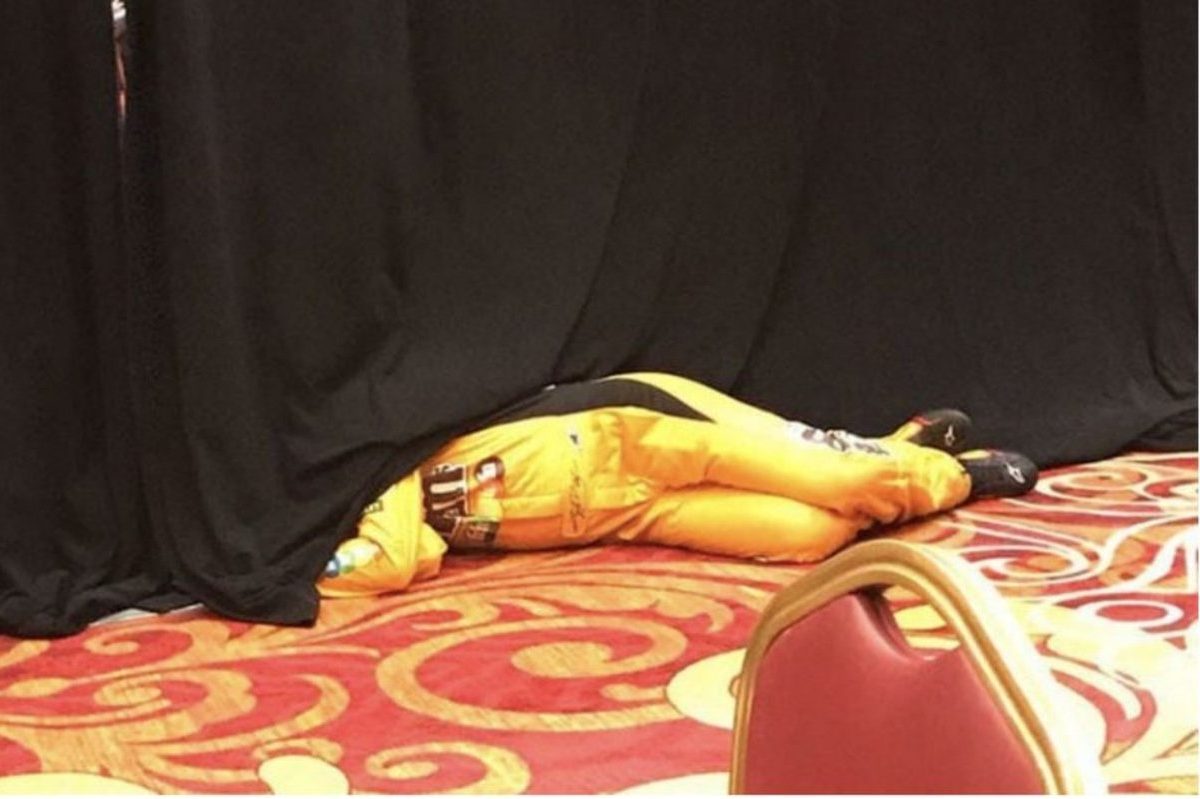 There’s no denying that Kyle Busch was an absolute workhorse in the 2018 season. On top of having a young son to take care of (although we’re sure Kyle’s wife Samantha did quite a bit of work on that front as well), Rowdy had himself quite the dominant regular season, racking up six wins heading into that year’s Cup Series playoffs. Hey, he was the regular season champ for a reason.

That second week of September alone, Busch raced at the Brickyard 400 in Indianapolis, flew back home to Charlotte, and then made the trek to Las Vegas for the Monster Energy NASCAR Cup Series Playoffs Media Day. Needless to say, he probably hadn’t been getting all that much sleep.

That’s why, right in the middle of Kevin Harvick’s media day read, Busch took advantage of his down time by having himself a little nap. Unfortunately for him, but fortunately for us, someone snapped a few photos of Busch catching some Z’s and uploaded them to Twitter.

Read More: NASCAR’s New Playoff Emoji Decals Are Not a Hit with Fans

It may seem like a pretty wild time and place to snag some shut eye, but those closest to Kyle Busch know that he can sleep just about anywhere.

Let’s all take guess how fun my night was 😂🤦🏻‍♀️ I can confirm he dozed off standing up in the elevator, he really can nap anywhere. RT @nascarcasm: Teammates confirm. #KyleBuschCanNapAnywhere

As it turns out, Busch’s viral nap session got the attention of NASCAR parody account nascarcasm, who posted more photo proof that #KyleBuschCanNapAnywhere.

Of course, a few of these pics are photoshopped, but we wouldn’t put it past Rowdy to nap under the hood of a stock car if presented with the opportunity.