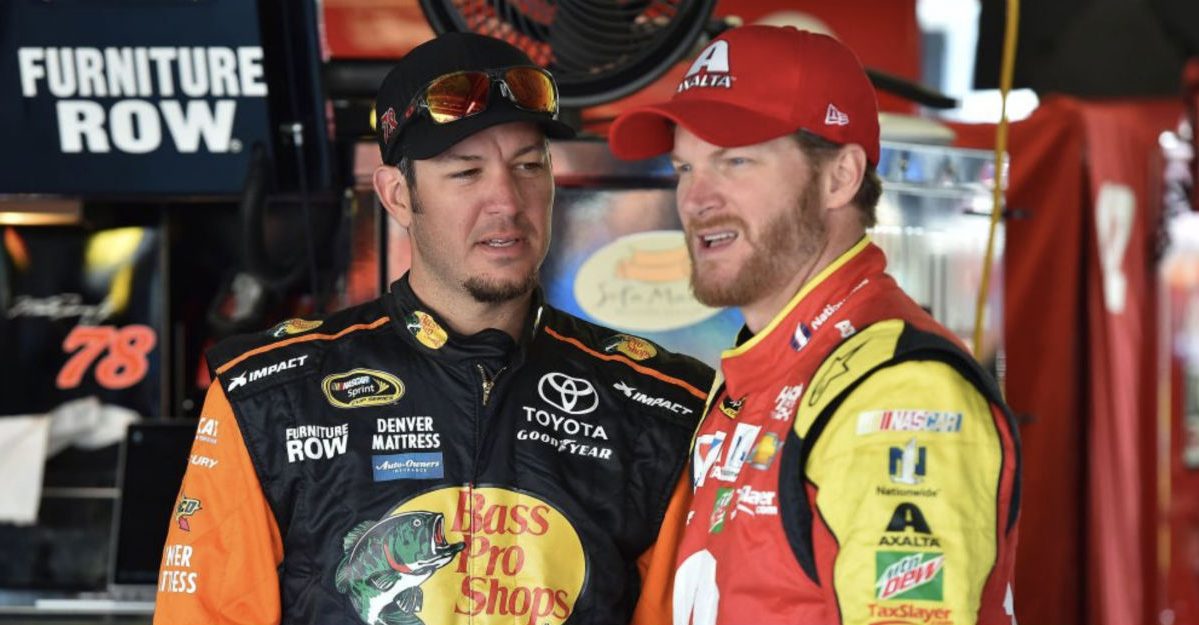 Many in the NASCAR community were shocked upon hearing the recent news that Furniture Row Racing would be closing up shop at the end of the season, especially since it rendered Martin Truex Jr. as a free agent. A harsh fate, considering he won the racing team its first championship last year and continues to perform well in 2018.

While Truex’s future still remains in flux as of the posting of this article, Motorsport.com reports that Truex Jr., along with crew chief Cole Pearn and sponsor Bass Pro Shops, will end up at Joe Gibbs Racing next year, a move that would raise questions for the future of current JGR driver Daniel Suarez.

While few outlets or insiders have officially confirmed Truex’s move to JGR, Dale Earnhardt Jr., a good friend of Truex’s, pretty much confirmed the deal during a Wednesday appearance on SiriusXM NASCAR Radio’s The Morning Drive.

Read More: Martin Truex Jr. Has to Find a New Team as Furniture Row Racing Will Shut Down

“It’s definitely going to move a lot of things around on the competition side with Truex and Cole Pearn going to Gibbs. It’ll be interesting to see where Daniel [Suarez] ends up, and where Daniel goes moves another domino and so forth. I think that this’ll be one of the most interesting offseasons or silly seasons that we’ve had in many, many years. Seems like there’s a piece of news or new domino falling every single day, and it’ll be interesting to see what happens through the rest of the year.”

“I think they’ll both stick together and they’ll end up in the 19, more than likely. I think they both complement each other. I believe that Martin Truex Jr. is as good as anybody in the series, but without a great crew chief, no driver is going to be as competitive as they could be and reach their potential, so they both complement each other. I think they’re a good package if they can stick together.

“I worked with Martin for a long time and we’ve been friends for a long time, and I’ve always thought a lot about his ability. He’s a guy that comes to work, does his job. Anything that they ask of him outside the race car, he does. He’s no-nonsense.”

Read More: We Asked Our Facebook Fans What They Thought About Dale Earnhardt Jr. ? Here?s What They Said