Daytona International Speedway has not changed in the six months since NASCAR held a race there.

It's still a 2.5-mile speedway. The banking in the corners is still 31 degrees, and the racing surface is still 40-feet wide. And, like every February since 1959, the Daytona 500 is here to mark the start of the NASCAR Cup Series season.

What will be different for the 63rd running of the Great American Race?

While they made their competition debut last week in the Busch Clash at the L.A. Coliseum, NASCAR's Next Gen cars will make their big debut at Sunday's Daytona 500.

When the green flag waves, it will be the first time a full field of 40 Next Gen cars have been on the track at the same time.

Before this week, the most cars on track any point were the 23 that took part in the Clash. But, that was on a 1/4-mile temporary track in a football stadium, not a 2.5-mile superspeedway.

The cars will be competing with a 510-horsepower package that includes a seven-inch rear spoiler. That's compared to the 670-hp and 4-inch rear spoilers that will be used on every other track except Talladega and the newly reconfigured Atlanta Motor Speedway.

So, after two tests at Daytona -- in early January and last September -- what will the racing Sunday look like over the scheduled 200-lap distance?

"I feel like it's kind of going back more towards the cars before the (Car of Tomorrow era, which began in 2007), where they were kind of more straight up, they were more slick and rounded," Truex told alt_driver.

"Obviously, this car has a decent amount of drag in the speedway configuration, but our old cars or Gen 7 car was so offset, with the big right rear and the quarter panels and the side draft was such a big deal. And there's so much side force, I feel like that's something we didn't have years ago, going back to like, 06-07. So I think it's going to probably race more that direction, but obviously differently." 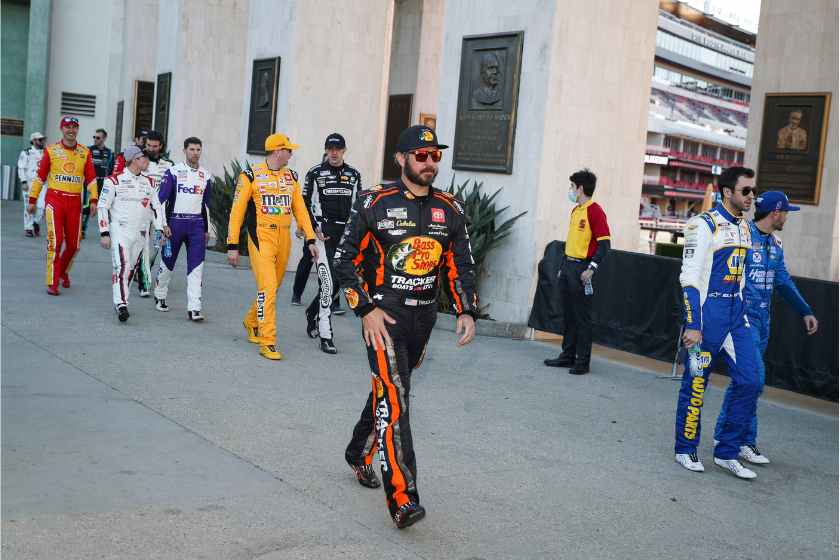 The mention of pre-COT era superspeedway racing brings to mind an era of frenzied pack racing at Daytona and Talladega that the Dale Earnhardt, Inc. cars of Dale Earnhardt Jr. and Michael Waltrip dominated along with Jeff Gordon and Hendrick Motorsports.

This idea of this potential blast from the past was reinforced by defending Xfinity Series champion Daniel Hemric.

Hemric, who will compete in the Daytona 500 for Kaulig Racing, heard similar observations after the January test he took part in.

"I've heard it referenced that, from the spotters' point of view at our Daytona test that it reminded them some of the '02 ,'03, '04 Cup stuff, which quite honestly, I was 11, 12, 13 years old, I've had to dive back in and look at some of that just out of curiosity," Hemric told alt_driver.

"When you're testing, in all reality there's only one or two organized huge pack runs."

Hemric also noted that drivers -- who elect to use it -- will be trying to get used to the new rear-view mirrors in the car. They have the option of utilizing a rear-facing digital camera over the traditional glass mirror.

"Those are all little things you see from the driver's seat," Hemric said. "But from the fan's perspective, I would love to be sitting in grandstands, because I think you could offer something different than what we've seen over the last 10 to 15 years."

But still, everything is conjecture at this point.

"I think you can make arguments for lots of different styles of racing," said Gabehart, who enters his fourth season working with Hamlin.

"When the drivers and teams are out there practicing sort of trying to figure it out, we saw a little bit of tandem stuff. We saw a little bit of conservative pack stuff. We saw some pretty big runs and you don't know what the drivers are doing in those situations and the spotters as well, because they're just practicing and there were a lot of things that that they maybe wouldn't do in practice that they will do when it's all on the line." 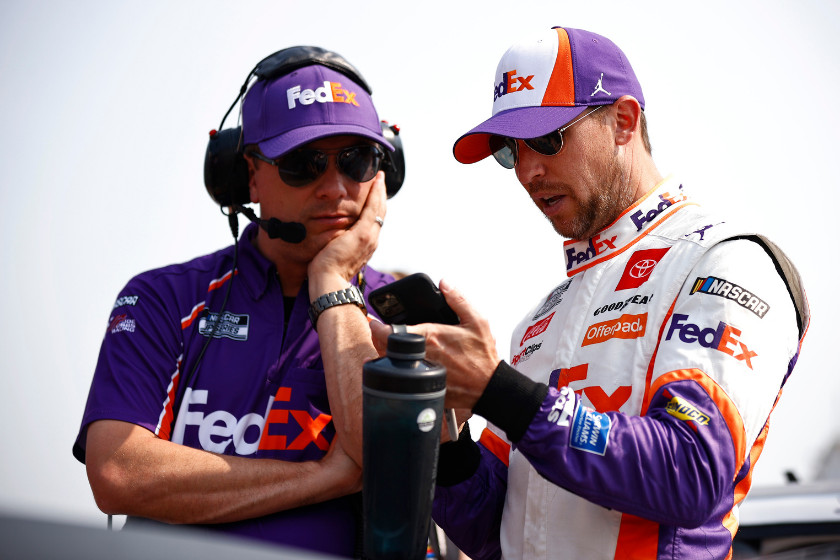 In other words, the Daytona 500 will be a Pandora's Box?

Joey Logano doesn't seem to think so. Unless you're anticipating the regular occurrence of "The Big One."

Logano said he's "not sure" the racing at Daytona is "gonna be a whole bunch of different than what it was." Logano, who won the 2015 running of the 500, thinks the design of the Next Gen car is ripe for seeing "a lot of lead changes" and "a lot of crashes."

When it comes to being the driver at the front of a Daytona convoy going 180 mph, Logano observed that "it's very hard to be the leader" with the superspeedway package.

"Cars have a lot of drag on them," Logano said.

"And they have a really big spoiler on the superspeedway. The cars behind, they're able to make a pretty good run at you. There is a few things that probably are the root of that, one being the spoiler and the runs that are formed by that. But also, the bumpers on these cars are round, on the front and the back."

"But the back bumper, one thing's definitely different. When you push cars, if you're not perfectly lined up, it kind of can send the car (in front of you) either way."

While Logano fears there will be plenty of wrecks in the Daytona 500, that's only because of the racing won't be boring for the season-opening race.

"I don't think it'll be much stagnant single-file stuff going on," said Logano.

READ MORE: These Must-See NASCAR Tracks Are the Best Stops for Any Diehard Fan