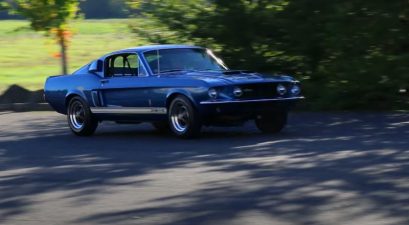 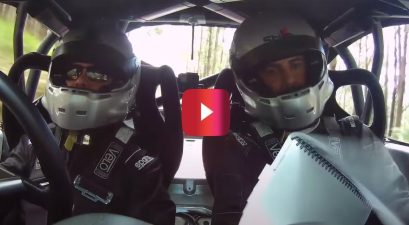 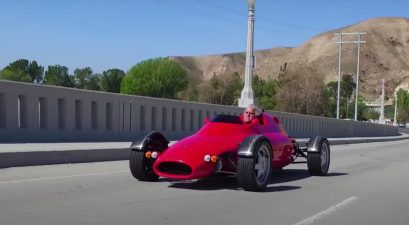 Allegedly, necessity is the mother of invention. While this is true, there are plenty of experiments conducted by gearheads around the world that have absolutely nothing to do with need…unless you’re counting “the need to know what if.”

Here’s a hypothetical situation to consider: What if you took the engine from a Ferrari 458, and put it under the hood of a Toyota GT86/Scion FRS?

You might think to yourself, “But that’s completely illogical! The engine from a Ferrari 458 is a 4.5L F136 V8, capable of 562 horsepower and 398 lb/ft of torque! Paired with a seven-speed transmission, this is the first direct fuel injection mid-engine setup Ferrari has ever put in a road car!”

And you’d be right.

However, in what must be the weirdest Franken-vehicle we’ve ever seen, Ryan Tuerck has taken said 4.5L F136 V8, and deftly dropped it in The Toyota Formerly Known as a Scion FRS. Known as the GT86 since 2017, this vehicle is no slouch either. After all, FRS stands for Front-engine, Rear-wheel drive, Sport. With its low center of gravity, super tuned-up versions of the GT86 a.k.a. Scion FRS have shown up in Super GT and Formula Drift races, too.

This particular vehicle is Ryan Tuerck’s very own Gumout GT4586, which was designed to showcase the best of Italy and the best of Japan in one monumental motorsport showcase. Did this experiment “need” to occur? Probably not. The Ferrari 458 series and the Toyota GT86 are pretty great performance cars right off the line. However, if Tuerck hadn’t conducted this experiment, piecing together some of the best of the best, we would never know the answer to the question “what if?”

So now, instead of hypothesizing and wondering, enjoy watching this freak of nature spin donuts around a Ferrari 458. Now there’s something you don’t see everyday!

WATCH: Where Is Adrienne Janic From “Overhaulin’” Today?