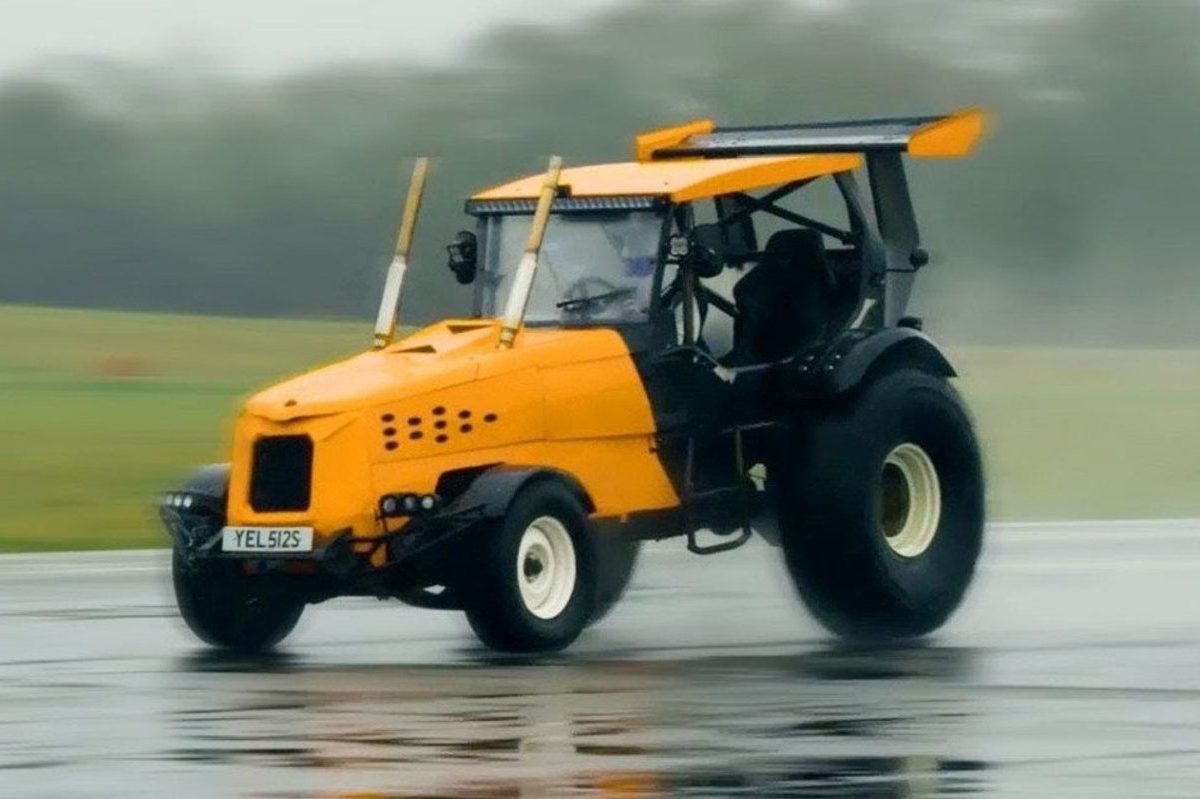 If you were a ever a diehard fan of Top Gear, there’s a good chance you lost some interest in the wildly popular BBC TV series after Jeremy Clarkson, Richard Hammond, and James May jumped ship for Amazon’s The Grand Tour in 2016. And, while the newer iterations of the show may not be quite on the same level as the original version, there were still some memorable moments that are worth looking back on. The introduction of the formidable Track-tor in 2018 was one such moment. This thing wasn’t your average piece of farming equipment, that’s for sure.

Designed by Matt LeBlanc (yep, the very same Matt LeBlanc who played Joey on Friends), the Top Gear Track-tor is powered by a 5.7-liter Chevrolet V8 engine with an output of 500bhp (around 507 horsepower). With front and rear lights from an Ariel Atom and a chassis from a Chevrolet Blazer SUV, this ride came with all the bells and whistles. We’re talking MASSIVE 50″ rear tires, twin hydraulic handbrakes, twin cherry bomb exhausts adjustable air suspension system, and four wheel brakes. Sporting Lamborghini orange paint, the Track-tor also had a barometer, push-button start, a toilet brush attached to a drill motor, and a 1.6-liter Peugeot diesel engine that powered a plough and a hedge trimmer.

Now, as it turns out, the Track-tor couldn’t really cut it as a farm vehicle. But, what it could do was go ridiculously fast. In March 2018, it set the Guinness World Record for the world’s fastest tractor. Driven by The Stig, Top Gear‘s resident racing driver, the Track-tor hit 91.919 MPH on the first test run and 82.623 MPH, with an average time of 87 MPH.

The Track-tor was eventually dethroned in November 2019, when a souped-up JCB Fastrac helmed by Guy Martin hit a whopping 135 MPH.

So, Matt LeBlanc’s pride and joy may no longer be a world-record holder, but this beautiful machine still packs power not seen by your typical tractor.