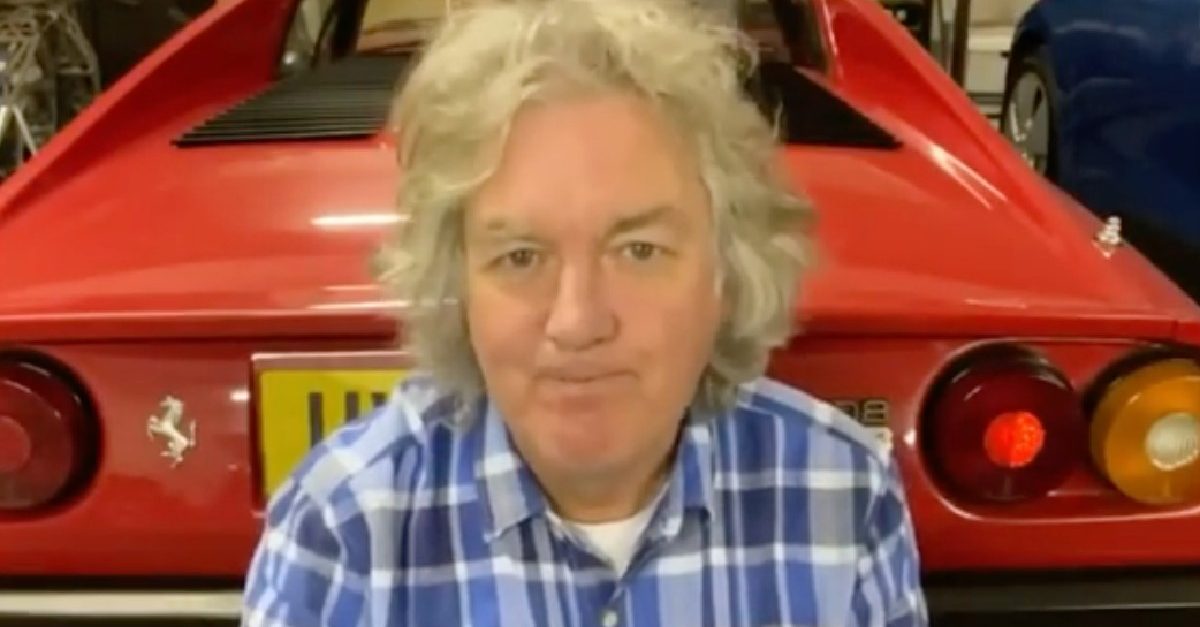 Just about every car enthusiast English TV presenter and journalis, James Daniel May. His popularity grew immensely because of his involvement in the TV show Top Gear on BBC, where he co-starred along with Jeremy Clarkson and Richard Hammond. This is where May got his nickname “Captain Slow,” due to his careful driving style.

During their 22 seasons on the show, the trio gained fans from all over the world. In 2016, May and his co-stars made the transition away from Top Gear, along with producer Andy Wilman, to be stars on the new Amazon Prime video series The Grand Tour. Season 4 was cut short due to the COVID-19 pandemic, but there are plans to continue in the future.

Born in Bristol, James has accomplished quite a bit more than you might think throughout his career. Unsuspectingly, he worked for a hospital in Chelsea as a records officer, among many other jobs. There’s no way we would be able to go over every single thing he’s done, because this guy has led an extremely busy life.

His journalism, scientific, and television careers are extensive, and he’s even done voiceovers for video games. So, let’s take a look at some of the bigger ventures that James May has been involved in over the years.

During the 1980s, May worked as a sub-editor for The Engineer and Autocar Magazine. Although he had many good years here, he was eventually dismissed for a prank he pulled in one of the magazine issues. In the “Road Test Yearbook” issue of the magazine, each spread featured multiple reviews that each started with one bold red letter.

Well, James was in charge of putting this together and put together an acrostic that stated, “So you think it’s really good, yeah? You should try making the bloody thing up; it’s a real pain in the arse.” This eventually led to his dismissal.

May’s firing was only a minor setback for him, as he went on to write the England Made Me column in Car Magazine, as multiple articles for Top Gear Magazine and weekly columns in The Daily Telegraph. He created May on Motors in 2006, which was a collection of all his articles that were published. Additionally, he wrote the afterword in the final book by motoring writer L. J. K. Setright, called Long Lanes with Turnings, in the same year.

Top Gear and Beyond

Before the Top Gear days, May was involved with several other television programs. He was a presenter for Driven on Channel 4 in the late ’90s,and narrated an eight-part TV series named Road Rage School on BBC One. He also starred in a BBC One Christmas special called James May’s Top Toys.

We’re all very familiar with James May’s Top Gear career, which first kicked off in 2003. He’s been in multiple car shows, but this one was undoubtedly the most successful. Rather than go into too much detail on this period in his career, I’ll just say he had some extensive time in a wide variety of vehicles and provided some top-notch entertainment and education in the process.

One of the episodes even featured him and the production company driving up the side of an erupting Iceland volcano in a Toyota Hilux.

During 2006, May teamed up with Oz Clarke to create Oz and James’s Big Wine Adventure for BBC. The first season featured them touring around France to find the best wine. The second season brought them to California wine country for their tasting. Finally, the third season was named Oz and James Drink to Britain. I think you can guess where they toured for that one.

May found himself very involved with many scientific television broadcasts, as well. He’s done a documentary on killers sharks and started another series, called James May’s 20th Century, where he investigated inventions. During one of the episodes, he flew in a Royal Air Force Eurofighter Typhoon and reached absolutely insane speeds of 1,320 MPH. I can’t even imagine the feeling of that!

In late 2008, he released James May’s Big Ideas, which was another series that allowed him to probe science fiction concepts.

May also started a six-part TV series called James May’s Toy Stories. One of the highlights of the show was when he built a full-sized house out of Legos. He even tried to arrange plans with Legoland to move his structure on to their premises. Unfortunately, the plan fell through because the whole thing cost too much, and the house was eventually torn down.

James May: Our Man in Japan was a travel documentary that May hosted in January 2020. It was a six-episode series that showcased his journey from the North end of Japan all the way to the South end. He spent three months there and explored tons of areas around the country to show what makes that place so special.

James May Net Worth

As you can see, James May is a very busy man. He had been involved with countless different projects, and his ventures have paid off well for him. James has an estimated net worth of around $25 million. I’d say that’s enough to have some fun with. James May’s car collection is enough to prove that he definitely enjoys the money that he’s earned over his years.

Even though coronavirus put a brief pause on The Grand Tour, I don’t see this presenter slowing down anytime soon. He’s an extremely driven individual and loves to be an educator for all to learn from. Be sure to catch him when the car show resumes its scheduled program, and who knows, maybe we’ll see him in some other upcoming shows as well!