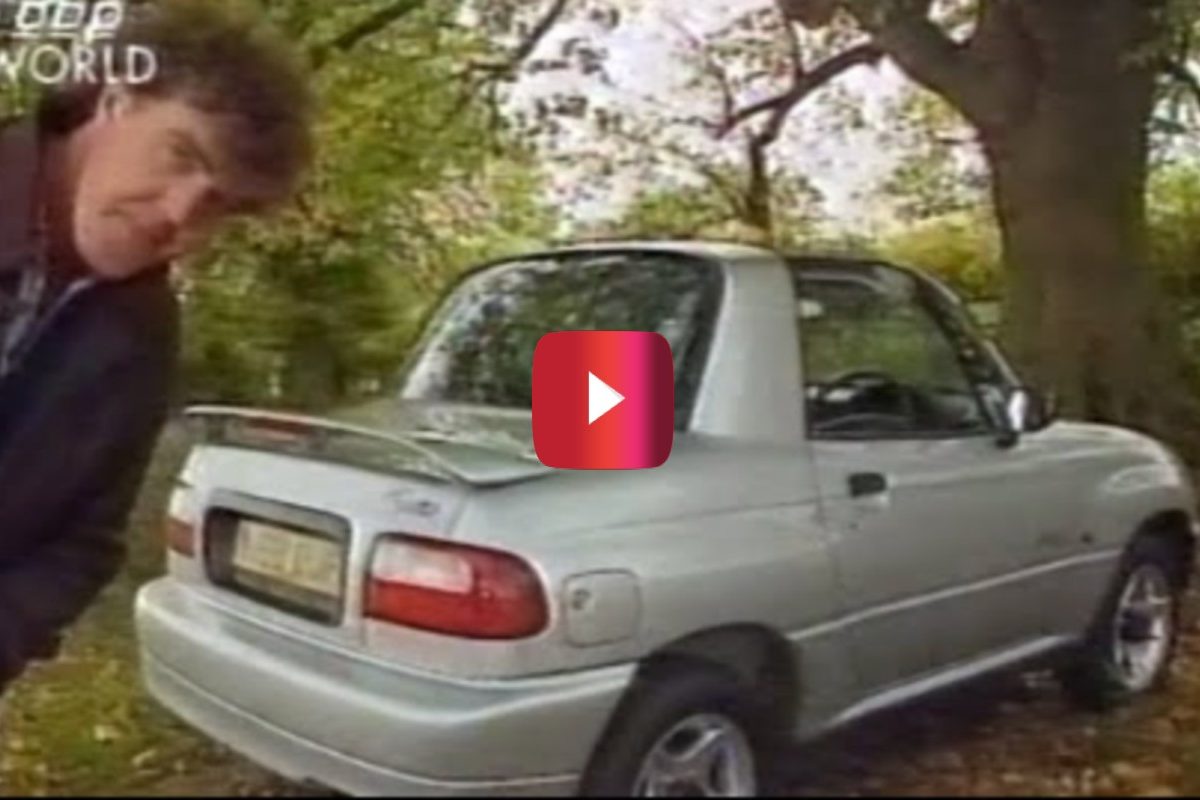 The Suzuki X-90 definitely wasn’t your average off-road vehicle. Making its debut in the mid-’90s, when automakers were really pushing the limit when it came to weird and wacky concepts, the two-seater SUV technically had 4-wheel drive, but it was closer to a sports car than, say, a Jeep. At least, in terms of styling.

You see, the X-90 wasn’t fast either. What it lacked in both speed and off-road capability, it also lacked in both aesthetically pleasing exterior and interior design. Simply put, this was one seriously bizarre car. And, when Top Gear‘s Jeremy Clarkson took it for a spin back in 1997, the current host of The Grand Tour didn’t hold back in his assessment. Enjoy!

Having made its debut at the 1993 Tokyo Motor Show as a concept car, the Suzuki X-90 was released in the United States in 1996. The two-door coupe was made to replace the Samurai in the U.S. market and was built on the same chassis as the Suzuki Sidekick, which was known as the Geo Tracker in America. Rather than possessing the typical body style of an off-roader, the X-90 rocked T-tops, a small trunk, and bolstered seats.

Powertrain-wise, the X-90 came equipped with a 1.6-liter I4 16-valve engine (that churned out 95 hp) and was available in either a 5-speed manual or 4-speed automatic transmission. As far as other features go, the Little Car That Really Couldn’t also came with dual air bags, anti-lock brakes, optional air conditioning, and a 6 disc CD changer.

Production on the Suzki X-90 ceased in 1997, and probably for good reason. As Jeremy Clarkson put it during his test drive, the best time to take an X-90 for a spin is late at night, because “that way, no one will see you.”