Tony Stewart Blasts Goodyear in 2008 Interview: “They Can’t Build a Tire for Crap” 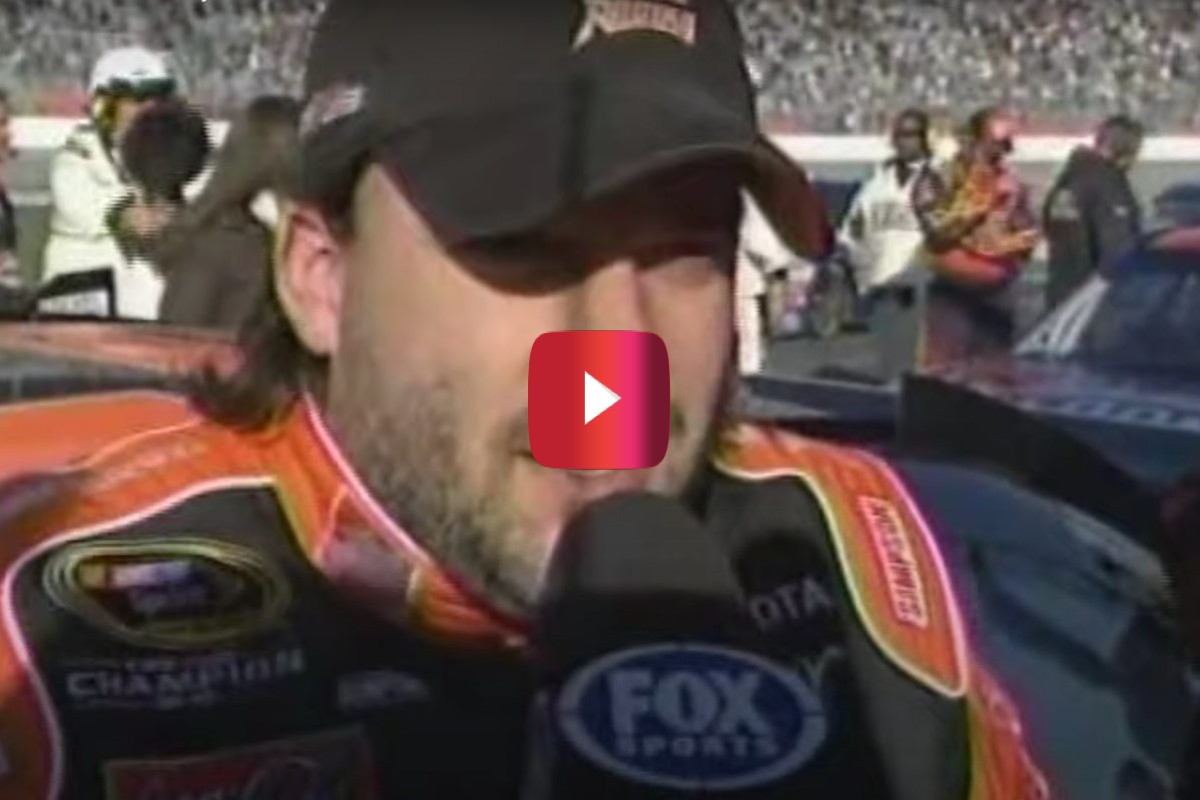 This right here is classic Tony Stewart. The year was 2008, when Tony was in his prime with a burning desire to win. Much like today, he wasn’t afraid to say what was on his mind, and he definitely had a couple words to say after this race in Atlanta. He dished out a direct shot at Goodyear tires, calling them out during his post-race interview.

This is a clip that you’ve got to see. Sit back for a second, watch a little bit of quality NASCAR action on the track, and just listen to how hard Tony Stewart slams Goodyear.

Now, Tony’s teammate Kyle Busch ended up winning the race, with Stewart coming in second place. You might think that when approached by cameras for an interview, Tony would talk about his competition on the track, but nope, he goes straight for the attack. The first words out of his mouth on this video are “the most pathetic racing tire I’ve ever been on in my professional career.”

He doesn’t stop there. He talks about how Goodyear had pulled out from numerous different motorsports, and his explanation for that is because “they can’t build a tire for crap.” He urged the tire manufacturer to pull out of the sport, if that was the best product that they had to offer. One of the most hilarious parts is right at the end when he says that they shouldn’t even be making street tires, and that he’s dismounting every single Goodyear tire from his personal vehicles. That’s a savage move right there.

Don’t ever get on Stewart’s bad side, because he’s got quite a bit of influence. I think it’s pretty safe to assume that some employees at Goodyear had a pretty uncomfortable meeting after this. Hoosier and Firestone, on the other hand, likely dumped a little bit more money into development following this interview.