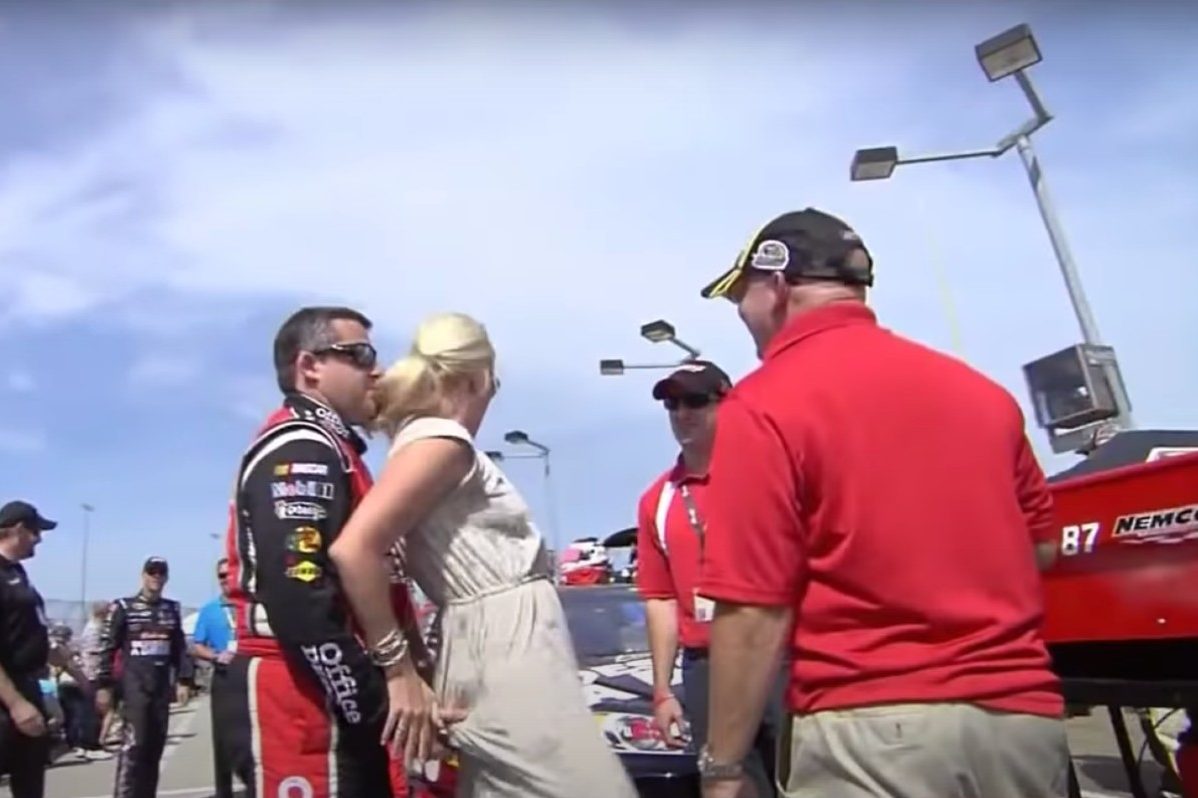 Ah, the classic butt grab. It’s apparently been one of Tony Stewart’s signature moves for quite some time, and he became pretty well known for it around the race track, especially back when he was a full-time NASCAR driver.

In the below video, he’s shown at Chicagoland Speedway race back in 2012 cheekily sneaking up on DeLana Harvick. That’s right, Stewart grabbed Kevin Harvick’s wife’s butt, and it hit her off guard, to say the least.

As you can see from the footage, Tony goes in for the grab on pit road, and, with insanely fast reflexes, DeLana jumps and quickly turns around to see who had the nerve. Luckily, she realized it was Stewart, so she gave him some slack. But, if this were anyone else — besides her husband — they certainly would have received an instant smack in the face.

I won’t lie, it appeared to be a pretty uncomfortable situation for a couple seconds there, but then we see some words being exchanged between the two and a smile finally comes to DeLana’s face.

Not only was she unsuspecting of Tony’s shenanigans, but the announcers were as well. Each of them were shocked at first, and they all tried to keep their composure as they continued the show. It was pretty hilarious listening to the comments made in the aftermath. It was all in good fun in the end, and DeLana even tweeted out multiple times during the race using the hashtag, #sneakyassgrabber. Kevin and Tony are pretty good friends, and you can even see Kevin laughing about the incident in the background of the video.

Keep in mind, Tony probably isn’t just going around doing this to random strangers, so I wouldn’t recommend trying this when you’re out and about. Results will definitely vary.

READ MORE: Tony Stewart Cracked Up the NASCAR Hall of Fame Audience After Thanking His Ex-Girlfriends