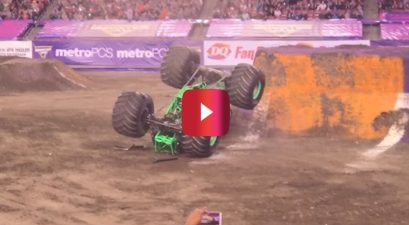 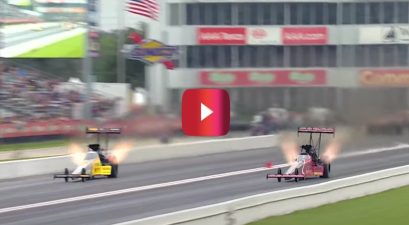 Back in January, Tony Stewart was one of the five people who made motorsports history as an inductee into the 11th class of the NASCAR Hall of Fame. For his induction speech, Tony took a brief, emotional trip down memory lane, but in classic Stewart fashion, he also snuck in a well-timed wisecrack about his ex-girlfriends.

During his speech at the Hall of Fame ceremony in Charlotte, North Carolina, the three-time NASCAR Cup series champion looked back on his earlier years in auto racing, talking about his IndyCar, Midget, and Sprint Car days. He also dished a bit on his personal life and opened up about the people in his life who have influenced him drastically. After thanking his family, he breaks up the heartfelt moment by making a hilarious comment thanking his ex-girlfriends.

“Since we’re talking about family, since I don’t have one of my own, I’d be remiss if I didn’t thank all the girlfriends who were a part of this journey with me,” Tony joked. “These girlfriends’ short time and sacrifice meant a lot to me.”

The retired NASCAR driver’s remarks made the crowd erupt with laughter. It was the perfect intermission to a greatly executed speech.

Now, the Hall of Fame ceremony was a big night not only for Stewart and the rest of the inductees, but for Joe Gibbs Racing as a whole.

Stewart’s first team was JGR, and he was inducted alongside his former NASCAR team owner, Joe Gibbs, as well as Bobby Labonte, his first teammate as a rookie in the sport. Stewart also had early ties with the other two inductees: Waddell Wilson, a crew chief and engine builder who was once the team manager for Tony, and Buddy Baker, who was a racer for 33 years before moving into broadcasting.

Stewart’s birth place was in Columbus, Indiana, and he really never took his foot off the gas once he became a stock car racer. He’s the only driver to win a championship in both IndyCar and NASCAR. He’s also the only driver to win the NASCAR title under three different sponsorships: Winston in 2002, Nextel in 2005, and Sprint in 2011. Even today, he’s still only partially retired and competes in a wide variety of races, all while additionally acting as a co-owner for Stewart-Haas Racing.

Needless to say, Stewart earned his spot in the NASCAR Hall of Fame many times over.