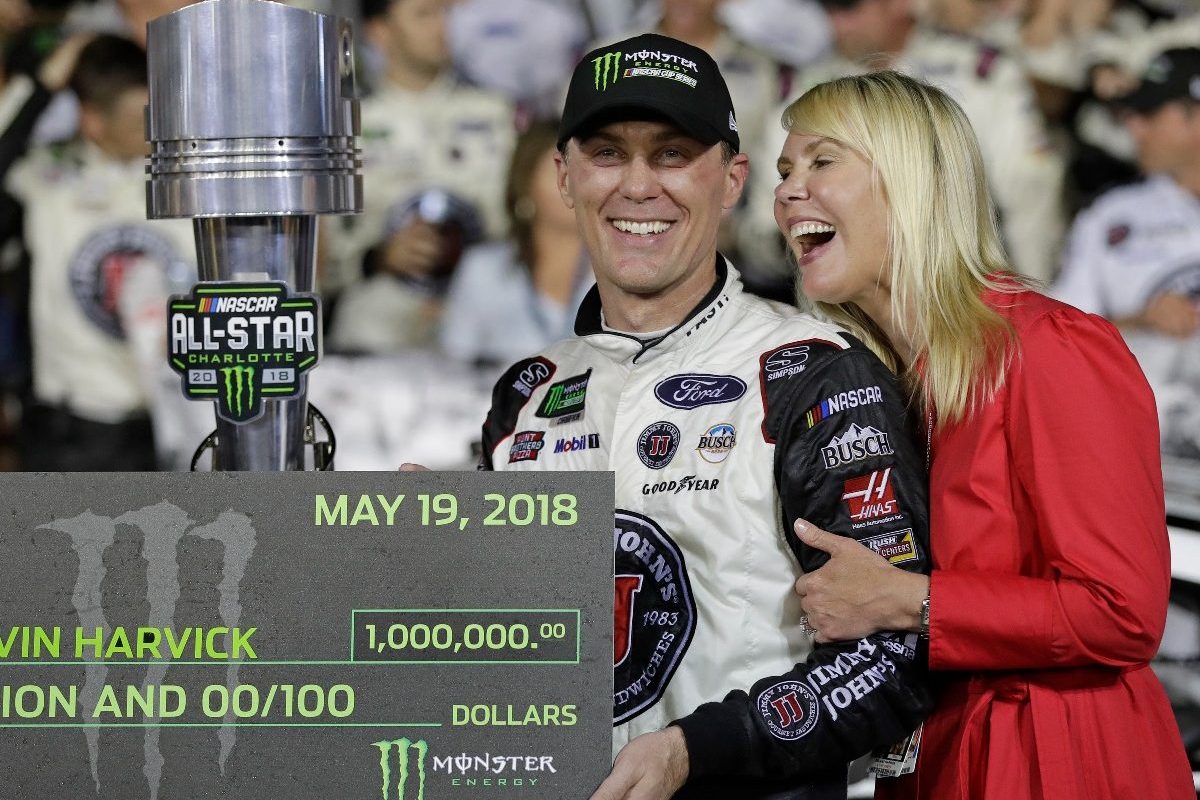 If you’re going to be a NASCAR wife, you’ve got to be committed to the motorsports lifestyle. That’s why DeLana Harvick, the wife of NASCAR driver Kevin Harvick, is a perfect match for the former Cup Series champ. As it turns out, she’s been involved in the racing community long before she met Kevin.

Born in Kernersville, North Carolina, DeLana is the daughter of former Busch Series driver John Paul Linville, and she visited her very first race track when she was only three weeks old. Since then, she was hooked.

Harvick has certainly spend her fair share of time around garages and speedways, and she appears to really enjoy being around the environment. After graduating from University of North Carolina-Greensboro, she decided to turn her hobbies into a career.

DeLana worked in public relations for Jeff Gordon in the past, and she even tried her hand at racing at one point, as well. When she first met Kevin Harvick back in 2000, she was working PR for former driver Randy LaJoie at the time. One year later, just after his Cup Series debut, the two got married in Las Vegas, Nevada.

This marriage marked the start of something great for the power couple. You could tell just how invested DeLana was in the sport, because she’d always be on the top of the pit box wearing a custom made fire suit during Kevin’s races. Something not many other racing wives can claim. Harvick brought home a win in Atlanta just a week after the wedding. By 2001, after attending their first truck race, they decided to try something new. DeLana and Kevin became co-owners of their own race team, Kevin Harvick Incorporated.

The whole goal of Kevin Harvick, Inc. was to bring home a Camping World Truck Series championship, but they also competed in the NASCAR Nationwide Series (now the Xfinity Series). Over the years, Kevin and DeLana have brought on and helped develop some great NASCAR drivers, such as Tony Stewart, Ron Hornaday, Clint Bowyer, and Bobby Labonte. DeLana was extremely dedicated to the team, and when she had something to say, everyone in the garage would be listening. A huge part of the success of this race team should be credited to this hard-working woman. The two kept the race team going strong up until 2011, when they decided to sell KHI to Richard Childress.

This isn’t the only great thing they’ve done in racing, either. Together, they also established the Kevin Harvick Foundation in 2010. KHF actively supports programs that help enrich the lives of underprivileged children around the United States. These programs include the Kevin Harvick Athletic Scholarship Fund, a camper cabin at Victory Junction Gang Camp, Baptist Children’s Homes of NC, and Boys and Girls clubs, among many others. Thanks to the help of DeLana, the foundation continues to help thousands of children.

Judging by how much support DeLana gives to her husband, Piper and Keelan Harvick will be spending a good amount of time at the track, as well. She knows from experience that it’s never too early to expose kids to that fun-filled, high-octane racing environment.