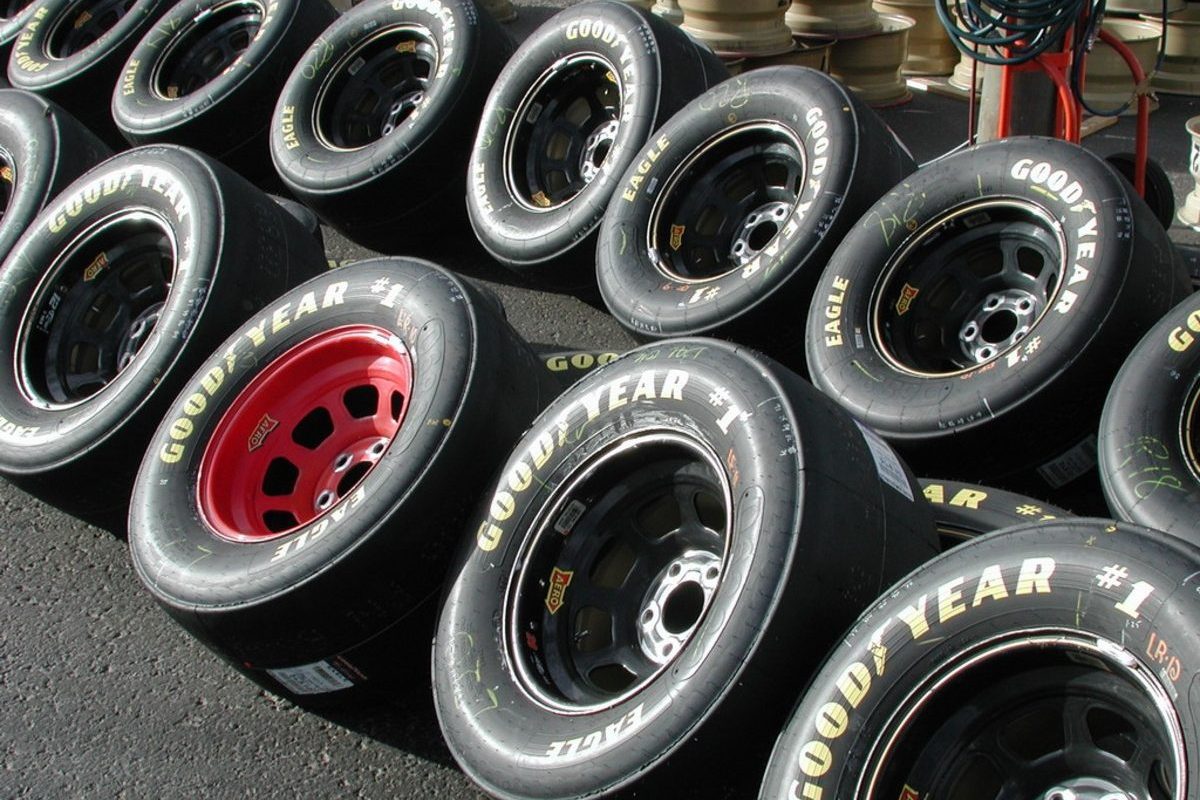 The NASCAR tire wars were basically exactly what they sound like: The top tire manufacturers duking it out so that they could be the main tire supplier for the sport. Not only did it come with bragging rights, but it was also extremely good advertising for the companies.

Now, the war began in 1948 when NASCAR first started. At this time, Firestone was the main race tire used for the stock cars. However, by 1954, Goodyear Tires decided they wanted a piece of the action. Both of the manufacturers implemented the “Inner Liner Safety Spare,” which helped the drivers avoid serious accident by instant deflation after a tire failure and allowed them to get back to pit road safely.

During the 1969 debut race at Talladega Speedway, these two manufacturers felt some serious pressure. Multiple drivers experienced tire failures during practice, and Firestone even withdrew from the race. Following this, Richard Petty led a driver walkout due to safety concerns. Eventually in 1974, Firestone decided to call it quits and withdrew from NASCAR, leaving Goodyear as the sole supplier.

Goodyear faced a hostile takeover in 1986, threatening the racing program they had set in place. Because of this, NASCAR needed to think of a backup plan in case they needed to find a new tire company for the race cars. That’s when they started talking to Hoosier.

Hoosier was allowed to enter the Winston Cup Series two years later, and they saw great results. Neil Bonnett won the race at Rockingham, and Morgan Shepherd took pole position at Richmond using these racing tires. NASCAR then allowed the race teams to choose their tire preference. While the Hoosiers were fast due to their soft compound, Goodyear tires were a little harder, but proved to be much safer to use. It didn’t take long before Goodyear started trying to develop the faster tire.

Tire wars aren’t always a great thing. There were many instances in which drivers were injured due to tire failures, mainly because these manufacturers are trying to ride the perfect line between fast and safe rubber. On multiple occasions, the accidents occurred because the compound was too soft for the track. Goodyear faced trouble after their tires were deemed too wide on their treads, making them miss their first race in NASCAR since 1956. Only 3 weeks later, Hoosier was disqualified for the same exact reason.

By 1989, Goodyear rolled out their all new radial tires at the Daytona 500 in an attempt to outdo Hoosier’s bias-ply tires. However, after Bill Elliott and Dale Earnhardt experienced tire failures, they quickly withdrew the radials from the race. This gave Hoosier a good push forward, and they started out strong for the first four races. But, after Goodyear debuted the revised radials, Earnhardt won the First Union 400 at North Wilkesboro, essentially causing Hoosier to withdraw from the racing after failing to sell enough tires.

This wasn’t the end for Hoosier, though, as they came back to the Winston Cup Series in 1994. There were many driver accidents and deaths that followed, including ones involving Rodney Orr and Neil Bonnett. Hoosier was blamed for a number of deaths, but the tire company continued on and encouraged the drivers to switch to Goodyear if they felt more comfortable with them.

There were tons of accidents with both Goodyear and Hoosier tires, but Hoosier was hit much harder with the criticism. 1994 marked the last year for Hoosier, as they decided to leave NASCAR for good, mainly because of stiff competition, high costs, and, most importantly, a lack of driver support.

Results of the NASCAR Tire Wars

So, there was certainly a lot going on, but who actually won the tire war? Let’s look at a breakdown of how everything played out.

Following their withdrawal from NASCAR in 1994, Hoosier was the official tire supplier of the ARCA Racing Series from 1995 to 2015. Continental would later go on to acquire Hoosier in 2016.

Goodyear, on the other hand, became the exclusive tire supplier of NASCAR in 1997, and it was expected to extend all the way until 2022 to avoid any other tire wars. It boiled down to safety for the motorsports drivers, but things didn’t exactly stay exclusive to one company.

So, as you can see, while tire wars do push for more effective and innovative tire compounds, it can also be extremely unsafe to go this route. It’s basically like using professional drivers as guinea pigs, and that’s a dangerous game to play. While there may still be a little competition between Continental and Goodyear, it’s not even close to the extent that it was back in the ’90s. It was an interesting time, but all wars come to an end eventually.