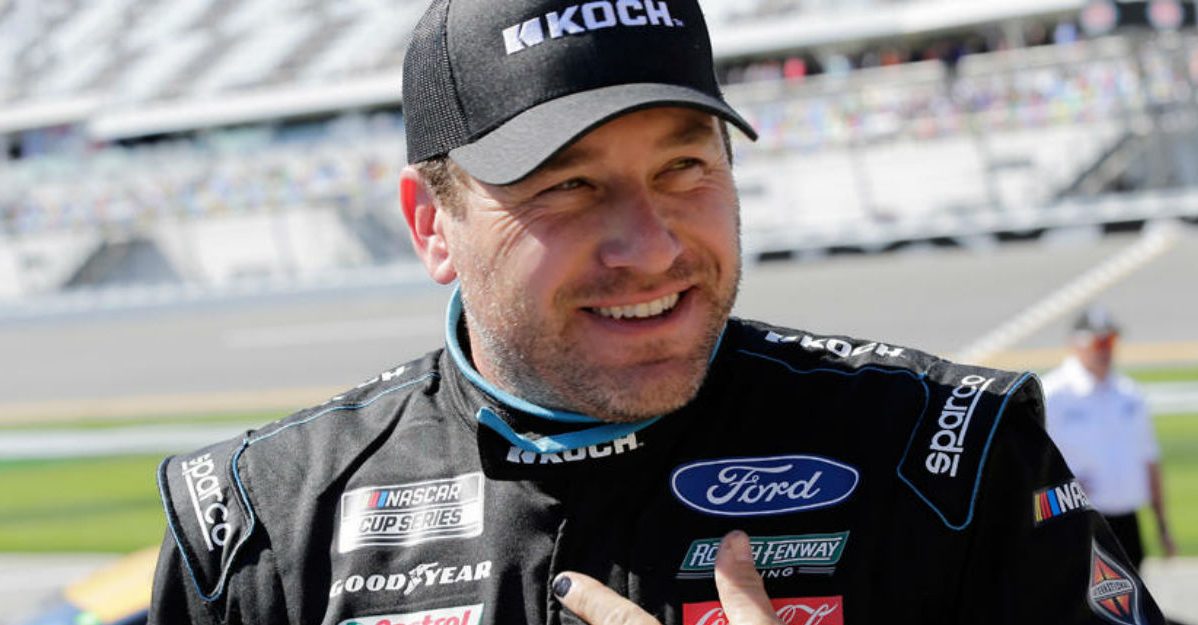 NASCAR has medically cleared Ryan Newman to resume racing. The official announcement comes a day after the 42-year-old driver of the No. 6 Ford Mustang for Roush Fenway Racing said in an interview that he plans to race as soon as NASCAR returns.

Newman suffered a bruised brain following an intense crash at the 2020 Daytona 500.

This article was updated to include NASCAR’s official announcement.

Several months after his terrifying wreck at the Daytona 500, Ryan Newman says he’ll soon be ready to make his NASCAR return.

In an interview with Mike Joy ahead of Sunday’s iRacing event, Newman said that he plans to get back to racing once NASCAR resumes its regular racing schedule. Postponed on March 13 due to the coronavirus pandemic, the season could resume as early as May 17.

During his Fox Sports interview, Newman, who sustained a head injury in the horrific crash at Daytona, said that he could be ready to return to the track as early as May 17.

?That?s the absolute plan for sure. I am healthy,? Newman said. ?I have been blessed with another layer of this (coronavirus) situation giving me more time to heal and I look forward to being back in the seat, for sure.?

Newman also took the time to express his gratitude for the outpouring of support he received during the entire recovery process.

?I am so excited and thankful all at the same time to be healthy and at some point get back in a race car when the world starts turning again,? Newman said. ?And thankful for all the people and support that I?ve got from family, fans, you name it that have prayed for me, you name it, you have given me this multitude of miracles.?

While Newman continues to recover from his injuries, 27-year-old Ross Chastain has served as his replacement. Chastain drove Newman’s No. 6 car for three races after the Daytona 500. Competing in the races at Las Vegas Motor Speedway, Auto Club Speedway, and Phoenix Raceway, Chastain’s best finish was 17th at Auto Club.

Soon after Newman announced his planned return, Chastain sent a tweet in support of his Roush Fenway Racing teammate.

I’m happy Ryan is returning to the No. 6 when NASCAR resumes. He has a wonderful team around him and it’ll be great to see him back competing.

Thanks to Jack, RFR and all their sponsors for letting me keep his seat warm while he was making his recovery.

Ryan Newman?s crash at the 2020 Daytona 500 is already being regarded as one of the most intense NASCAR crashes in recent memory. And, after you watch the footage of the terrifying collision, you?ll see why.

On the final lap of the 62nd running of ?The Great American Race,? Newman?s Ford was sent hard into a wall, after Ryan Blaney?s bumper caught the back of Newman?s car. His collision with the wall caused him to go airborne, and as he was flipping, his car was hit on the driver?s side by Corey LaJoie. Covered in flames, Newman?s car eventually skidded across the finish line. Denny Hamlin would go on to win the race.

Newman recovered at Halifax Health Medical Center, which is the same hospital that Dale Earnhardt was pronounced dead at following his last-lap crash at the 2001 Daytona 500. After hours without an update regarding the extent of Newman?s injuries, Roush Fenway Racing later released a statement that Newman was in serious condition, but had non-life-threatening injuries.