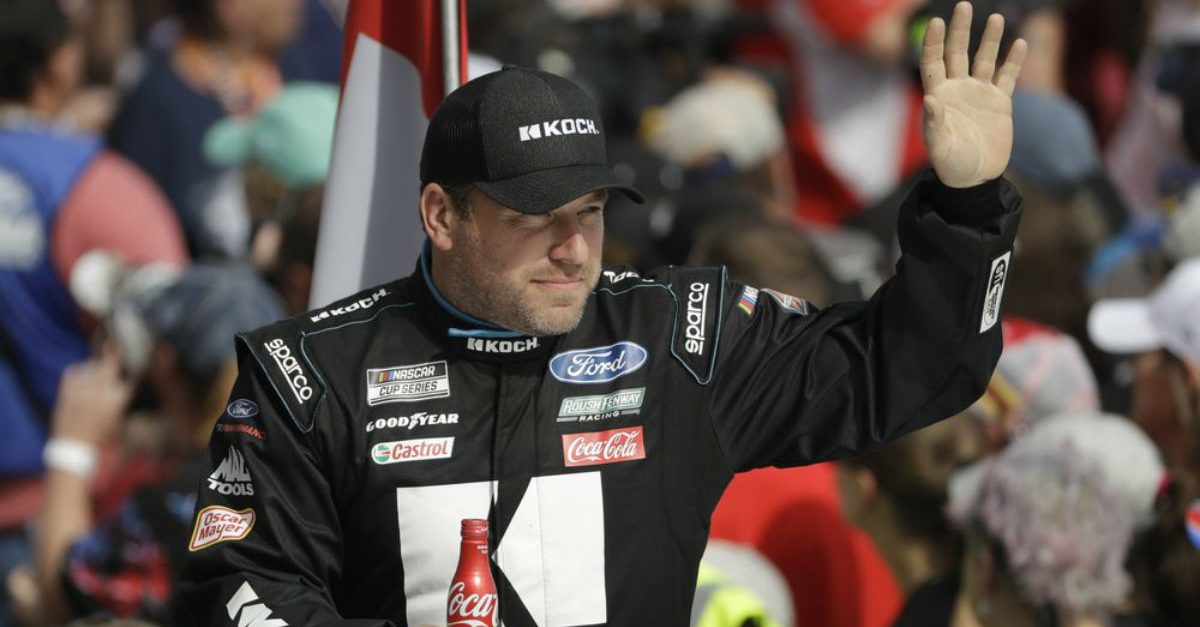 Ryan Newman is enjoying some well-deserved downtime following his terrifying Daytona 500 crash. While Newman thankfully didn’t suffer any broken bones or internal organ damage as a result of the crash, he’s being treated for a head injury and will need to take some time off before returning to NASCAR competition. The Roush Fenway Racing driver may be itching to get back to the track, but you won’t find him complaining about his latest “therapy” session.

In his first social media post since the February 17 wreck, the 42-year-old Newman shared a photo of himself and a decent-sized bass from his catch-and-release fishing trip.

“Got a little therapy in yesterday. #outdoors #catchandrelease,” Newman wrote in the Twitter caption. As it turns out, this kind of outdoor “therapy” is a common pastime for Newman, who’s an avid hunter and fisherman.

Newman is also extremely passionate about wildlife in general, having founded “Rescue Ranch,” a non-profit animal welfare organization that “respect for all animals, as well as agricultural, environmental, and wildlife conservation, and facilitates rehabilitation, rescue, and responsible pet ownership in order to enhance the human-animal bond.”

Newman’s tweet got hundreds of responses from fans and well-wishers, happy to see the NASCAR driver in good spirits. Chief among those is rooting on Newman’s recovery is fellow driver and fishing buddy, Martin Truex Jr. Though, he probably would’ve liked to have joined Newman on his fishing excursion.

Very happy to see my fishing buddy and that he hasn’t lost his sense of humor. @ryannewman1977

During the last lap of the 2020 Daytona 500, Newman was involved in a serious wreck after Ryan Blaney attempted to push him to victory. Instead of aiding Newman, Blaney’s bumper caught the back of Newman?s No. 6 Ford Mustang, sending it hard into the wall. Newman’s car flipped and rolled, and while it was in mid-air, it was hit on the driver?s side by Corey LaJoie?s car. Engulfed in flames, Newman’s car skidded into the infield, right as Denny Hamlin won his second Daytona 500 in a row.

Almost instantly, Newman was removed from his car and taken from Daytona International Speedway to Halifax Medical Center for treatment.

Dale Earnhardt Jr., Kyle Busch, Kevin Harvick, and others sent Newman words of encouragement while he recovered in the hospital. Finally, two days after being admitted, Newman was released from Halifax. In an statement shared by Roush Fenway Racing president Steve Newmark, it was confirmed that Newman is being treated for a head injury, but ?doctors have been pleased with [his] progression over the last few days.?

While Ross Chastain replaced Newman for the Cup Series race at Las Vegas Motor Speedway and there is no clear timetable for Newman’s return, he continues to fight for a speedy recovery.

?I can?t wait to get back in your race car,” Newman said in a statement. “I have spoken with Jack Roush and he has assured me that the No. 6 car will be waiting and ready for my return. I?m looking forward to getting behind the wheel and battling for another race win in the Roush Fenway Ford.?

WATCH: Tony Stewart?s Net Worth Is What 20+ Years of Motorsport Domination Looks Like