A young NASCAR driver gets a crew chief for 2018 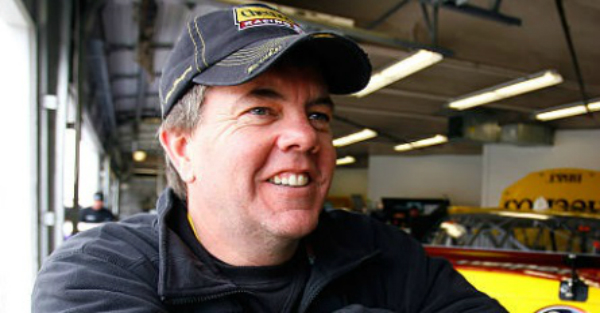 JGL Racing has been competing in the NASCAR Xfinity Series since 2014, but has yet to record its first victory.

The team hopes to change that in 2018. Last month, JGL announced Kaz Grala would be making the jump from the Camping World Truck Series to drive the No. 24 Ford for the team in 2018 in the Xfinity Series.

The team made its most recent announcement on Thursday when it named Shane Wilson as the crew chief they would be pairing up with Grala for the upcoming season.

RELATED: An intense rivalry is emerging in NASCAR?s truck series

Grala made the playoffs last season, with a win in the season opener at Daytona, with a total of five top-5 finishes on the year. Wilson spent the past four seasons as crew chief for Brendan Gaughan and Richard Childress Racing. Wilson has 17 Xfinity Series wins and two Cup Series wins to his name as a crew chief.

Wilson shared his excitement to join JGL in a press release.

“I am excited to join JGL Racing,” Wilson said.  “They have been improving their performance each year since they started racing in the Xfinity Series.”

The previous crew chief of the No. 24 Steven Lane will be making the move to team manger as well as competition director. They also plan to run the No. 28 this upcoming season but no details have been revealed in relation to the other car.

Team owner James Whitener is looking forward to the upcoming season with a new driver and crew chief for the team’s primary entry into the Xfinity Series.

“The addition of a talented and experienced crew chief such as Shane is great for our entire organization, Whitener said. “This move also allows us to shift Steven Lane to a bigger leadership position which we feel only makes our program stronger.”

The season kicks off with the Powershares QQQ at Daytona in February.