An intense rivalry is emerging in NASCAR’s truck series 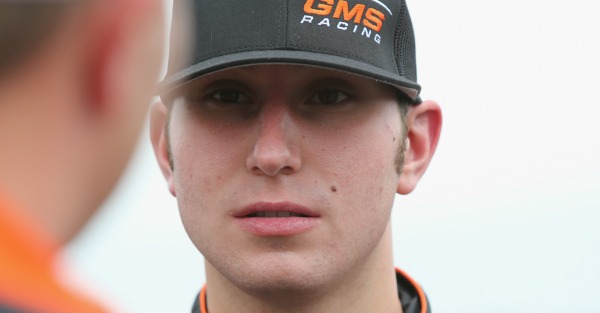 Jerry Markland / Stringer
SPARTA, KY - JULY 06: during qualifying for the NASCAR Camping World Truck Series Buckle Up In Your Truck 225 at Kentucky Speedway on July 7, 2017 in Sparta, Kentucky. (Photo by Jerry Markland/Getty Images)

Austin Cindric has no regrets about the move that won him the Chevrolet 250 at Canadian Tire Motorsport Park. Kaz Grala thinks the move was dirty. Cindric isn’t apologizing for his aggressive tactics. Grala says he’s lost respect for the man he grew up racing.

This is the kind of stuff NASCAR needs.

After Cindric drove right into the back of Kaz Grala’s 33 car, spinning Grala and sending Cindric to his first win, the two have been talking a tweeting up a storm about the incident.

Related: Austin Cindric claims, ‘it’s the game NASCAR has set up,’ after a questionable move

Cindric believes his aggressive driving was warranted and even excused by the current playoff system that puts a premium on outright wins. He won’t apologize for winning by any means. Grala, on the other hand, is not too happy with the blatant, non-racing move Cindric used to push him aside. Grala doesn’t quite want to get even, but he made it known that he isn’t going to just let this go, either.

“I think any good driver will tell you that they have a pretty good memory,” Grala said via NBCSports. “I’m not necessarily one to go out and flat wreck somebody like he did to me. … I honestly don’t think you should expect to see that approach from me. But I can tell you any time we’re racing around each other I’ll give him the level of sportsmanship that he showed me this weekend. I’m just going to use up all the room that I need and he’ll have to figure it out from there. Again, nothing personal at all, I’m going to race people the way they race me.”

Grala said he was warned by his team as Cindric approached, “The 19 is being very aggressive behind you, just be prepared.”

But he was still surprised at the lengths Cindric went to secure the win.

“We’ve known each other for years,” Grala said. “I honestly didn’t expect quite that. I think going forward for myself and everybody else, I think we just need to race each other the way we want to be raced. I will continue to race people with respect and kindly have a little bit of give and take because at the end of the day, if you can’t make it to the last lap of the race, you’re never going to win the race.”

Grala thinks others will treat Cindric a little differently in the future as well, saying:

“I think the 19 is going to have a difficult time going forward in the season because I think he lost the respect of some drivers out there and that’s not something he can’t gain back. He sure can. It’s just for an immediate effect this season, I’m just not sure it was necessarily the right move for him and his team going forward.”

Both drivers are in the Truck Series playoffs and it will be must-see racing next time they see each other on track.