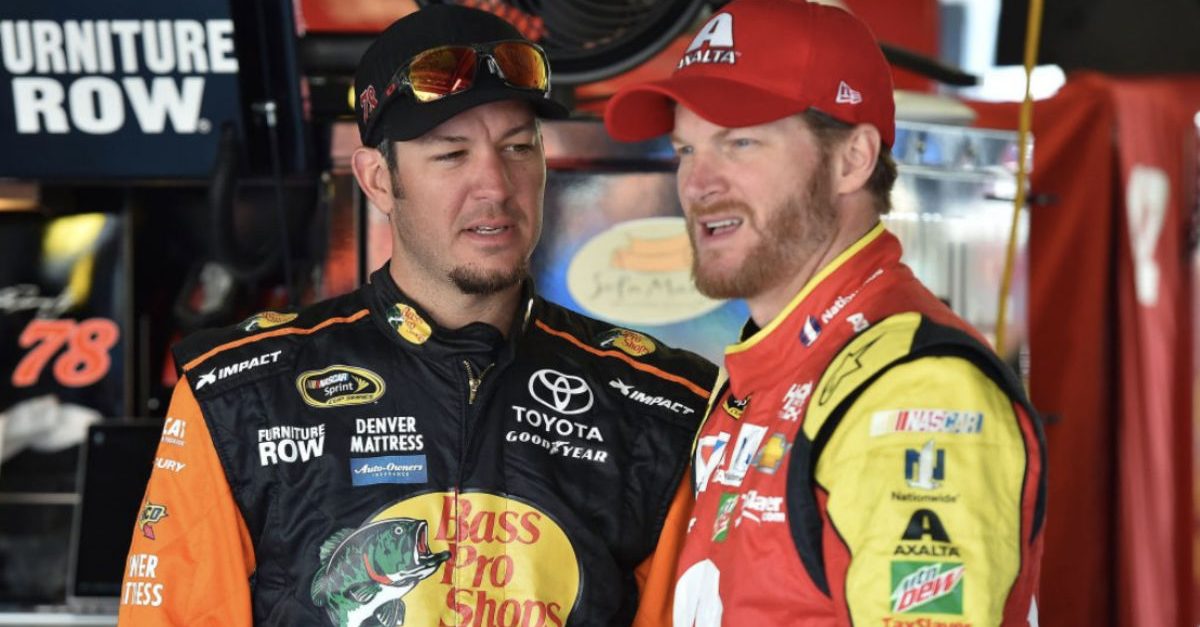 Martin Truex Jr. wasn’t too happy with the way things ended at Martinsville Speedway over the weekend, after a last-lap bump-and-run from Joey Logano cost the driver of the No. 78 Toyota Camry for Furniture Row Racing the win.

The controversial tactic from Logano at the First Data 500 earned him a NASCAR Cup Series Championship shot, but as Truex pointed out in his post-race interview, Logano may have “won the battle but he ain’t winning the damn war.”

While many were critical of Logano’s late bump-and-run, Dale Earnhardt Jr., who is a longtime friend of Truex’s, defended the Team Penske driver’s move in his analysis of the NASCAR playoff race.

“I think Truex expected Logano to race him a little cleaner, because of how Truex raced Logano in the final laps,” Junior said. “At the end of the day, it’s for a trip to the championship, it’s a trip to Homestead. It is the last lap and it’s for a clock [the unique trophy earned at Martinsville].

“I’ve told Martin forever that he’s too nice, but I would be upset too. Joey is now hoping that Martin never gets that chance to get him back at Homestead. Joey’s hope is that he runs in the front at Homestead and Truex struggles.”

Dale Jr. understands why people might be upset with Logano’s maneuver — and probably would’ve shared Truex’s sentiments had the same thing happened to him — but also pointed out that this type of finish is exactly what makes for a thrilling race.

“Like everyone always says, we need more short tracks – then we’ll see more of this,” Earnhardt said. “This was a good race with a great finish. A lot of fans might be upset by what went down, but this is the box that these drivers race in.”

“Logano does not have a Cup Series championship, and he’s trying to get to Homestead. Joey is going to do whatever he can. He didn’t wreck Martin; he didn’t put him in the fence. What matters is a championship.”