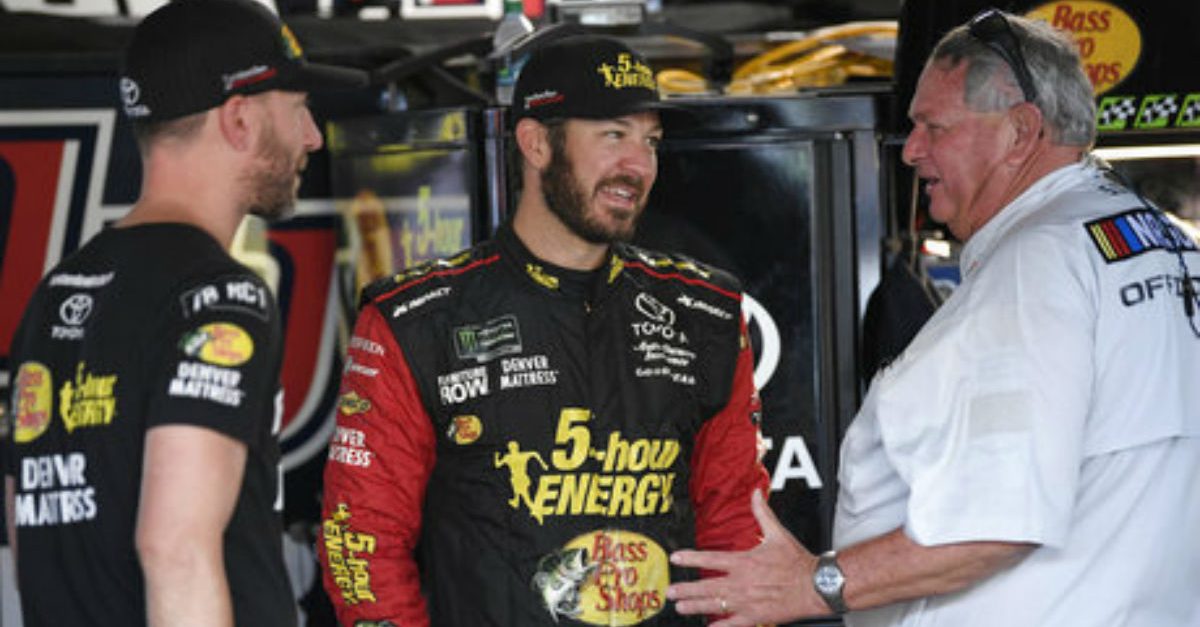 DOVER, Del. (AP) — Jimmie Johnson put the brakes on a small spat with Martin Truex Jr., with an apology in the form of kids bicycles.

Johnson, the seven-time NASCAR champion, tried to get the last laugh on a last-lap wreck last week at Charlotte that cost Truex a victory. Truex’s crew chief Cole Pearn told Johnson he could make good on the mistake by buying the afflicted team road bikes.

Johnson documented the joke on social media. He placed the bikes on the lift of Truex’s hauler at Dover so the Furniture Row Racing team would see them when they got to the garage on race morning.

Well… @colepearn suggested I could buy some road bikes to ease the team’s pain from last weekend. After some careful thought and consideration, I went shopping. 😜 pic.twitter.com/663ryIqxMf

Pearn responded with a note underneath the bicycles that poked fun at Johnson’s gaffe from a week ago: “Free bikes (tend to wheel hop).”

Truex’s girlfriend, Sherry Pollex, tweeted “We have some kids here with us today that are battling cancer , pretty sure they’ll find good homes. (hashtag)thanksJimmie.”

We have some kids here with us today that are battling cancer, pretty sure they’ll find good homes 💙👍 #thanksJimmie https://t.co/V8VdAYdUd7

Pearn appeared to give the bikes away to kids walking in the garage because there was no room in the hauler to bring them back to the race shop.

Read More: Jimmie Johnson Was “Shell-Shocked” Over the Final Lap Mishap That Knocked Him out of the Playoffs