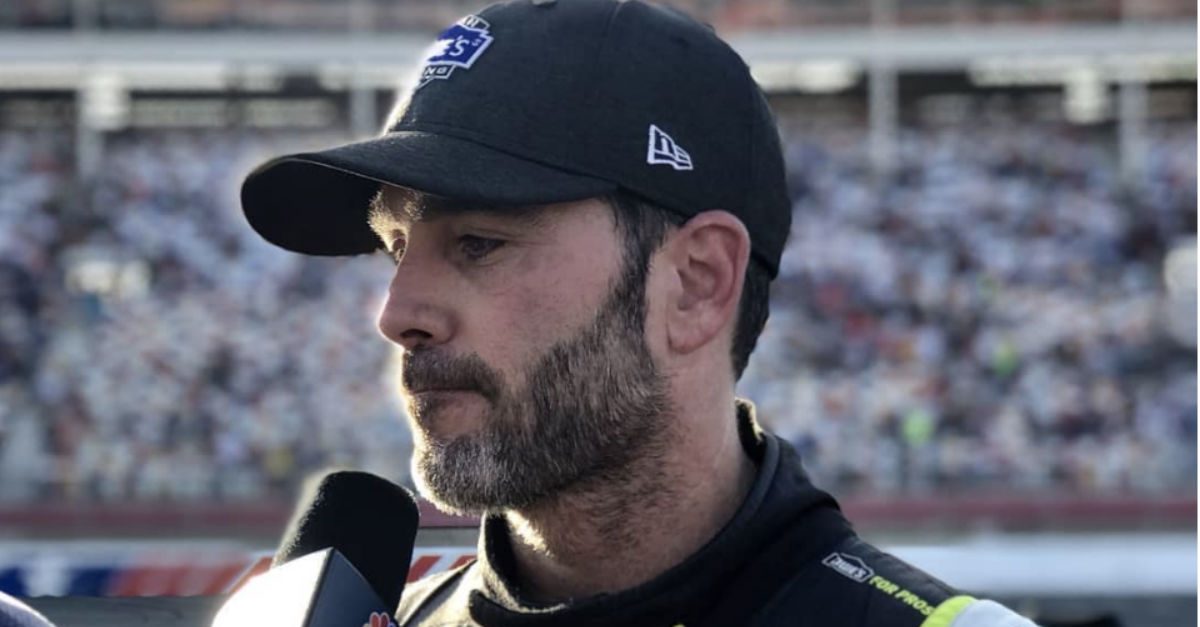 CONCORD, N.C. (AP) ? Jimmie Johnson stood outside of his banged up No. 48 Chevrolet still in disbelief over the blunder he’d made on the final lap Sunday’ at Charlotte Motor Speedway that cost him a shot at advancing in the playoffs.

Johnson had all but secured a spot in the round of 12 with a strong showing through 108 laps. Sitting in second place, all he had to do was follow race leader Martin Truex Jr. to the finish line.

Instead, Johnson made the split-second decision to go for the win, attempting a pass Truex Jr. with two turns remaining on the new “roval” track. Johnson tried to go inside, but instead ran into Truex, causing a crash that cost Truex the win and knocked himself out of the playoffs. Ryan Blaney passed both drivers for the win.

“I wish I go could go back in time and let off the breaks a little bit back there and not take that opportunity, because the championship is what we are here for,” Johnson said. “To fight all year and be that close to transfer…”

When asked if he’d make the same decision again, Johnson said, “if I know the outcome was going to be that? No. I want to stay alive in the championship points. But I really felt like I could pull that pass off.”

He wanted that win.

Johnson later apologized to Truex’s team and his fan base on Twitter, saying “everyone makes mistakes.”

Truex deliberately spun out Johnson’s car after the race and was still irritated at him when he spoke about the attempted pass.

“He just over-drove it and was never going to make it and used me as brakes and turned us both around,” Truex said. “It (stinks), we could have raced side-by-side off the last corner for a win and that would have been cool. The fans would have been digging it, but instead we finished 14th and he’s locked out of the playoffs. I guess that’s what he gets.”

"Pretty stupid, really. If you think about it."

Martin Truex Jr. called out Jimmie Johnson, who was in position to make the next round of the #NASCARPlayoffs before the last-lap incident cost them both the win. pic.twitter.com/RltZzUTL0P

Now he will have to finish out the rest of the season contemplating what he called a “mistake.”

Johnson didn’t hide the fact that he wanted to end a frustrating career-long 58-race winless streak.

“I was going for the win ? that is what I am here for,” Johnson said. “If I didn’t think I was better than him in that area I would not have taken that chance at executing that pass. When he left the inside lane open that is the preferred line and I felt like I had a real shot.”

Before he made the decision to pass, Johnson said he never thought about the chance of missing out on the playoffs, feeling he was safely in.

“I thought we had a big enough cushion in points,” Johnson said. “I thought we were still fine. I thought I was going to be OK.”

Instead, Johnson finished in a three-way tie with Kyle Larson and Aric Almirola for the 12th and final spot in the standings.

He failed to advance on a tie-breaker.

“It’s a bummer and it is not what we want by any stretch,” Johnson said.

Blaney said of Johnson’s decision, “you make decisions every second behind a race car. And sometimes to will to win is just too high to sit there and finish second.”

“What happened is not what I imagined or hoped for but it was incredibly exciting,” Smith said of the dramatic finish. “The roar from the fans is the moment I know everybody would remember for this moment for a long time.”