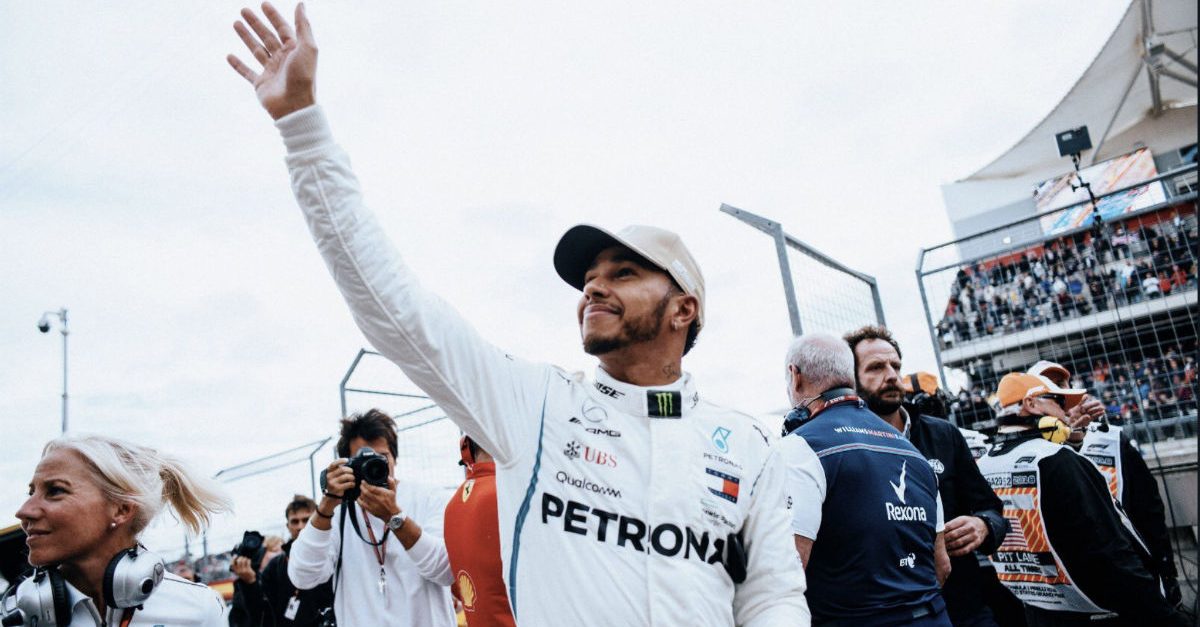 MEXICO CITY (AP) ? With his flashy jewelry, fashion sense and dominant speed in his silver Mercedes, Lewis Hamilton rules Formula One with an aura of cool elegance.

The man he is chasing in the record books was a balding, stocky and bow-legged former mechanic who cheerily muscled his way to five championships in an era when cars and racetracks had to be tamed through brute strength and driven with the foolhardy courage necessary to cheat death to the checkered flag.

More than 60 years since Argentina’s Juan Manuel Fangio conquered F1 in the 1950s, Hamilton is on the verge matching his title haul this weekend in Mexico City. Only Germany’s Michael Schumacher has more with seven.

“He’s the godfather for us,” Hamilton said.

Even though separated by a gulf of decades, Fangio and Hamilton have something in common: Both came to racing from working class beginnings outside F1’s world of sleek cars and luxury.

Hamilton is F1’s first and only black driver. He came up through Britain’s karting circuit while his father worked three jobs to support him. Fangio was the son of Italian immigrants who had moved to South America. He was 11 when he started working on cars as a mechanic and later opened his own garage.

Hamilton’s karting skills caught the eye of F1 talent scouts. Fangio chased his racing thrills anywhere he could, rumbling through South American dirt road races, sometimes over mountain courses that could stretch for days across thousands of miles and require drivers to do their own repairs. His first race was in a borrowed Ford Model A.

Hamilton made his debut in F1 when he was 22 and missed the championship by a single point. Fangio didn’t race in Europe until he was 38 and joined F1 in its inaugural season in 1950. He won the title in 1951, then dominated with four titles in a row from 1954-57 ? a run that came after a neck injury in a 1952 crash that nearly killed him.

Hamilton marvels at the sheer danger of Fangio’s racing days, when drivers had nothing like the protective cockpit cars have today. Hamilton said he’s driven some laps in cars from Fangio’s era, and was impressed by the sheer courage it took simply to step on the gas. Drivers wore open-face cork helmets, short sleeves and gloves. Fireproof suits weren’t taken seriously.

“It’s really strange to hear the drivers’ mental philosophy back then. Sir Stirling (Moss) would say you’d want to fall out if the car’s going to crash, that you hope that you get thrown out,” Hamilton said “It’s a much more confined space for us. It’s all about being stuck in and being safe.”

Moss, who raced with Fangio at Mercedes, withdrew from public life earlier this year. But he’d long admired Fangio’s skill in cars that could be coffins.

“He was the greatest of them all,” Moss said in a 2007 interview with Motorsport. “I mean, we’re talking about cornering at 145 mph in the damp, knowing that if you go off then you’re probably going to die. Or you walk back to the pits with the steering wheel and ask for another car.

Fangio won titles with Alfa Romeo, Ferrari and Maserati, and twice with Mercedes. That is something else Fangio shares with Hamilton: Good timing to get the right car. Hamilton won his first title with McLaren in 2008, then switched to Mercedes in 2013, the year before Formula One switched to a hybrid-V6 engine. The German manufacturer has dominated ever since.

“(Fangio) was very smart,” said 1978 Formula One champion Mario Andretti, who became friends with Fangio before his death in 1995. “He always drove for a factory team when they were at the top.’

Fangio also was an innovative driver and a pioneer of the four-wheel “Fangio” drift to steer his unwieldy cars through corners.

“Fangio would be a champion today,” Andretti said. “The human side hasn’t changed, just the equipment. Fangio had that air of confidence. There was something very special about him.”

McLaren’s Fernando Alonso, a two-time Formula One champion who has raced against Hamilton since 2007, ranks Fangio and Hamilton in his top five drivers in history. He knew Hamilton was special the first time he raced him.

“(Hamilton) showed the talent from day one, fighting for the championship his rookie year, then winning in 2008,” Alonso said. “Probably at that time, we all agree that five or seven world championships will be possible.”