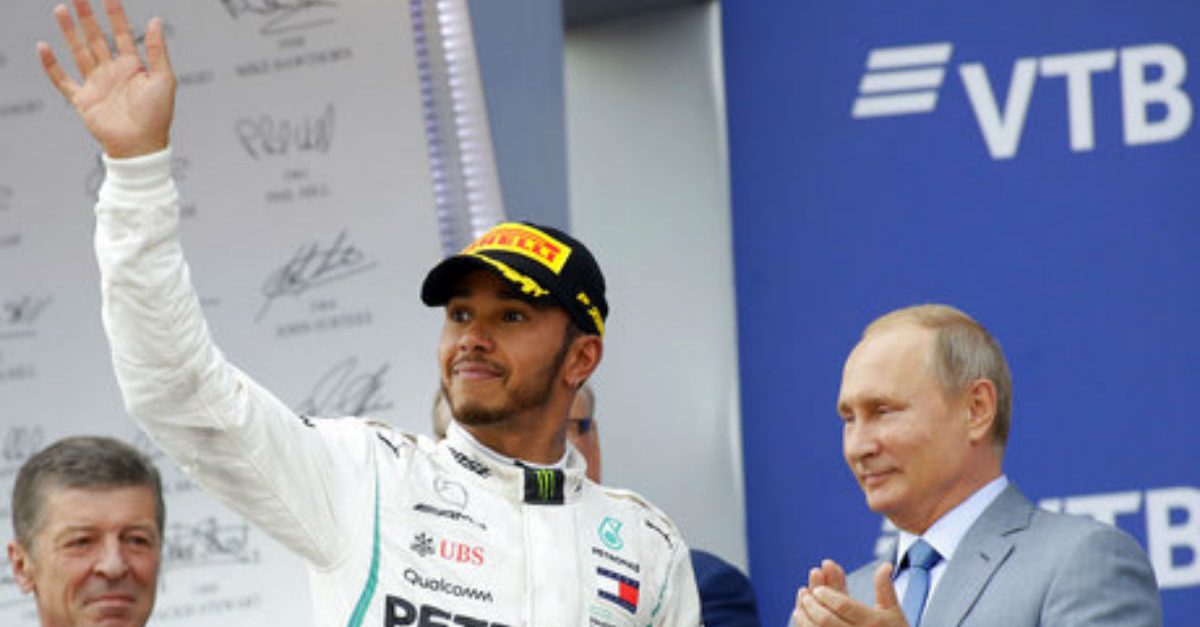 SOCHI, Russia (AP) ? It looked like a race, but the winner wasn’t decided on the track.

Mercedes’ use of team orders to hand Lewis Hamilton victory in the Russian Grand Prix ? and a hefty championship lead ? is part of a long and controversial tradition in Formula One.

Pulling over to let a teammate through can be humiliating, and Hamilton seemed embarrassed that his teammate Valtteri Bottas was ordered out of his way. Bottas “deserved to win,” the British driver said.

Firstly I’m proud of our team for securing a 1-2 here in Russia in the face of tough competition. I always want to win in the right way and I really want to acknowledge Valtteri today. He did an incredible job throughout this weekend and the team made a tough decision. We have to embrace the moment still, it’s a win for us and we now place full focus on Japan @mercedesamgf1 #RussianGP

Was Mercedes right? It’s a question that goes to the heart of F1’s nature, at once both a team and individual sport.

Hamilton said he objected to the switch with Bottas until Mercedes asked him “if we were to lose the championship through whether we had DNFs (did not finish) or whatever could come in the future, would you look back and think, should we have worked as a team or not?”

Hamilton struck a slightly different tone last year when he reversed a team order switch in Hungary to give Bottas back third place. “I want to win the championship the right way,” he said at the time. “Today shows I am a man of my word and a team player.”

To many fans, team orders are a fix, but it’s hard to draw the line between cooperation and manipulation.

When Hamilton was overtaken by Ferrari’s Sebastian Vettel earlier in Sunday’s race, Bottas seemed to slow deliberately to hold up Vettel and give Hamilton a better chance of snatching the place back, which he did.

Further back, Force India’s Esteban Ocon and Sergio Perez swapped places in the hope Perez could overtake rivals ahead. When he failed, they swapped back.

The man who lost out most Sunday, Hamilton’s title rival Vettel, turned out to be Mercedes’ biggest supporter. Calling the deal a “no-brainer” might seem surprising for a man watching his title hopes get ever more remote, but Vettel knows all about team orders.

In Vettel’s days winning four championships with Red Bull, the team was notorious for ordering Vettel and teammate Mark Webber to swap places, or else not to overtake, though tensions sometimes bubbled over. In 2013, Vettel ignored orders by passing Webber, suggesting it was payback for the Australian’s lack of cooperation in the past.

“Fernando (Alonso) is faster than you. Can you confirm you understood that message?” a voice told Massa over the radio. Massa let Alonso through.