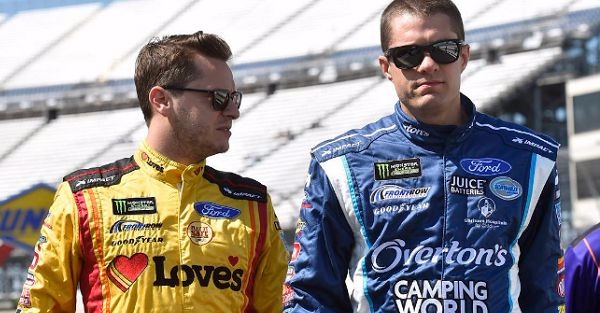 Earlier this week, Front Row Motorsports general manager Jerry Freeze informed driver Landon Cassill that he will not be returning to the No. 38 Ford in 2018.

Now we have a clearer reason as to why.

While Cassill cited “Radical changes” being made to the team as the reason why he lost his ride, Freeze responded by telling reporters the decision to let go of Cassill was both a competitive and business move, according to a report by Autoweek.

“Radical was his word, not mine,” Freeze said. “Bob (Jenkins, team owner) has really challenged us since the start of the year that he wants to be better than a 30th- to 32nd-place race team, so we’re looking at the whole thing to try to improve it.”

In the past, Freeze has used Furniture Row Racing as an example of how a midpack team has transformed itself into a serious contender for the Cup Series title. One of the biggest moves that Furniture Row Racing made during that transition was signing driver Martin Truex Jr. before the start of the 2014 season.

There are several big-name free agent drivers that could be available this offseason. This list includes Danica Patrick and Matt Kenseth, and could potentially include this year’s Daytona 500 winner Kurt Busch.

“We’re trying to put a package together that improves the overall performance of Front Row, and I think there’s a few people out there that could help us and so that’s really what we’re trying to do,” Freeze said. “That’s not to pick on Landon or to suggest that he was the problem because it’s not. But if we’re going to pursue some opportunities that’s going to help our program, we want to be able to go pursue those opportunities.”

In 31 starts this season, Cassill has not won a race and has earned zero top-10 finishes.

Video: Landon Cassill talks about his plans for 2018