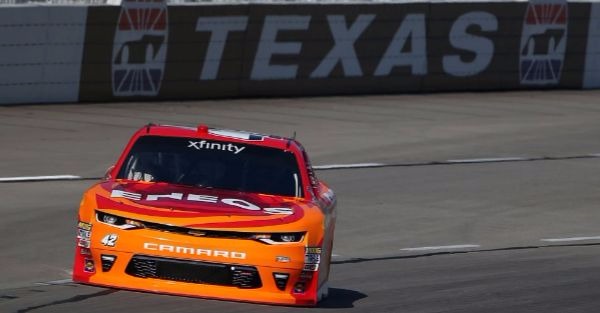 Another race, another blown call by NASCAR.

Three weeks ago, NASCAR was in the midst of controversy after seven-time Cup Series champion Jimmie Johnson had his vehicle serviced while outside of his pit box at Charlotte. While this would normally be a one-lap penalty under NASCAR rules, NASCAR spokesmen Kurt Colbert said after the race that having a slow pit stop was essentially enough of a penalty for the No. 48 team and allowing Johnson’s car to be serviced outside of his stall was “in the interest of safety,” according to RACER.

To virtually no one’s surprise, many drivers, crew chiefs, fans and analysts were upset by this decision, especially since not every team knew about this rule.

Now, three weeks later, NASCAR is under scrutiny for another pit road fiasco.

While under caution, Kyle Larson entered pit road too early during Saturday’s XFINITY Series race at Texas Motor Speedway, which normally would require him to start at the end of field. However, NASCAR decided during the race this wouldn’t be necessary because Larson didn’t stop to have his vehicle serviced, so he essentially just lost six spots on track and rebounded from the error to finish 3rd in the O?Reilly Auto Parts 300.

Larson pitted too soon. will have to start at rear. #nascar

That shouldn’t have been the case, though.

ESPN’s Bob Pockrass has reported that NASCAR admitted to making an error in not penalizing Larson. That’s because that type of penalty is only discarded if pit road is open when the driver makes his declaration to pit, but pit road closes before they cross the commitment line.

Since Larson only races part-time in the XFINITY Series, this error won’t affect the championship race, but it would have been harder for Larson to finish third and thus earn the prize money that accompanies such a finish if the correct call had been made in the first place.