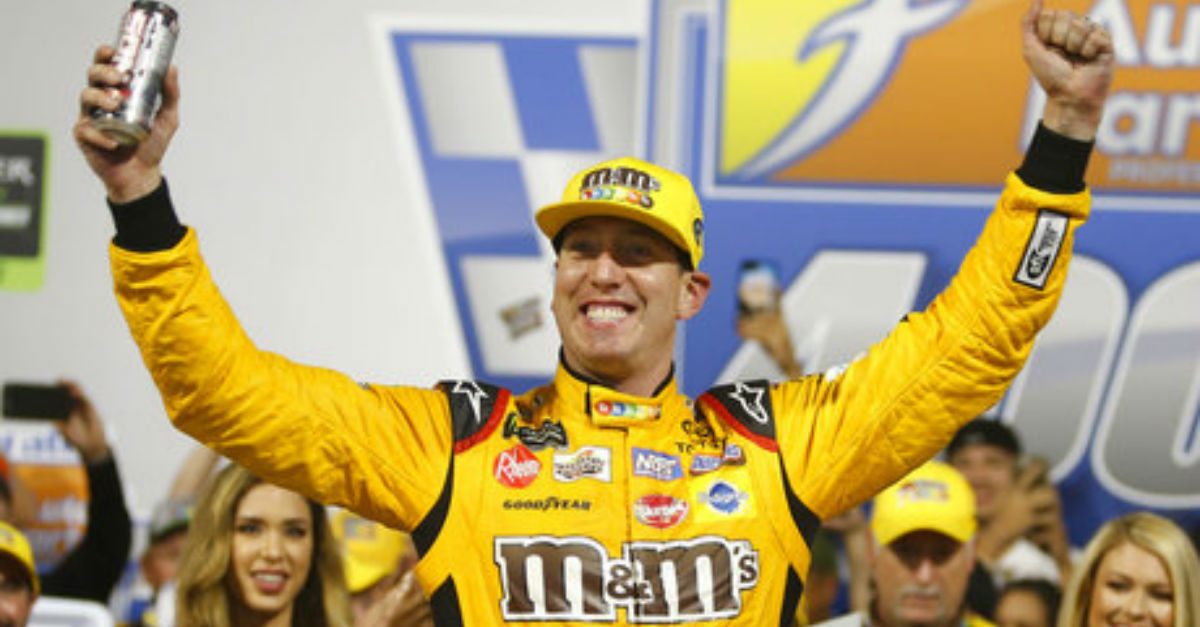 RICHMOND, Va. (AP) ? Kyle Busch is starting to wonder why he even spends time trying to qualify well at Richmond Raceway.

Five months after winning the spring race on the 0.75-mile oval from the 32nd starting spot, Busch did even better Saturday night, winning from 39th to complete a season sweep of the NASCAR Cup Series races.

“Yeah, I’m not going to qualify here anymore,” he said after his 50th career victory, sixth at Richmond and first in the fall. “It’s a waste of time for us.”

Besides, once the green flag flies, his fortunes change.

“I don’t know why. I just cannot qualify here, but we’ve got a really good race car when it comes down time to have a race and especially the later it gets,” he said.

Busch, sent to the rear of the field at the start because of unauthorized adjustments to his Joe Gibbs Racing Toyota, passed Brad Keselowski with 38 laps to go and held off hard-charging Kevin Harvick.

“To start dead last, come up through the field and win this thing? That’s right Rowdy Nation. All for you, baby,” Busch said after climbing from his car. “I finally won a fall race here at Richmond.”

Harvick closed a gap of more than 1.5 seconds over the final few laps, but was not able to deprive Busch of tying him with a season-best seven wins this season.

Martin Truex Jr., who swept the first two stages before a penalty forced him to play catch up, rallied for third, followed by Chase Elliott and Aric Almirola.

"It doesn't matter if they are booing or cheering, as long as they're making noise." – Dale Earnhardt@KyleBusch is embracing the noise from the @RichmondRaceway crowd. pic.twitter.com/IzWyRLBe4k

“The problem is when you get back there, to pass those guys, you’ve got to really use up your tires,” Truex said. “We did really good for only having one caution thrown in there. It went well. We needed more cautions so we could pit for tires. What a hot-rod we had tonight. … They rebounded well from the pit road mishap.”

It was the first time all season that the three drivers who have dominated all season claimed the top three spots in a race.

Busch and Keselowski, a longtime rival seeking his fourth consecutive victory in the series, battled for the lead for much of the last 100-plus laps. Keselowski grabbed the top spot on lap 343, but Busch took it back 20 laps later before Keselowski faded, eventually finishing ninth, and Harvick picked up the chase.

“I thought he used a little more when he was racing with Keselowski there, and he drove off a little bit and I started driving him back down at the end,” Harvick said.

"That's right, Rowdy Nation! All for you, baby!"@KyleBusch came from the rear of the field to win, and dedicated the win to his fans. #18N18 pic.twitter.com/o2yMQRpGbl

The race unfolded much like the spring race in April when Joey Logano swept the first two stages, each run without an on-track caution.

This time, it was Truex who completed the sweep, but then his team burned him on pit road. During the caution between the second and third stages, Truex’s team was penalized for an uncontrolled tire, dropping him to 19th place. After leading 159 laps, he had to play catch up. Like Logano, who wound up fourth in the spring, Truex never quite caught up, finishing 5.8 seconds off the lead.

The defending series champion remains the points leader by 16 over Busch, 28 over Harvick and 30 over Keselowski.

The night was not as eventful as local favorite Denny Hamlin had hoped.

Hamlin, who grew up about 20 miles from the track, started the night 16th in the playoff standings and with hopes of winning stage points and a top finish. He got spun by Ricky Stenhouse Jr. about halfway through the opening stage, had to pit under a green flag but scrambled all the way back to ninth before the stage was completed.

I mean 50 wins and we don’t have to worry about the Roval, hunny u r amazing!!!! pic.twitter.com/Axvy5abQ2q

He didn’t make it in the top 10 on the second stage, and then tried to reprise his fresh tire surge by pitting under green with about 75 laps to go. But while he was on pit road under a green flag, Matt Kenseth made contact with Jeffrey Earnhardt, who spun into the wall and brought out a caution, putting Hamlin a lap down. The Chesterfield native finished 16th.

The caution was the only on because of an on-track incident all night.

Clint Bowyer (4 points), seven-time champion Jimmie Johnson (6), Erik Jones (21) and Hamlin (29) will start next week’s race at Charlotte as the bottom four in the playoffs.