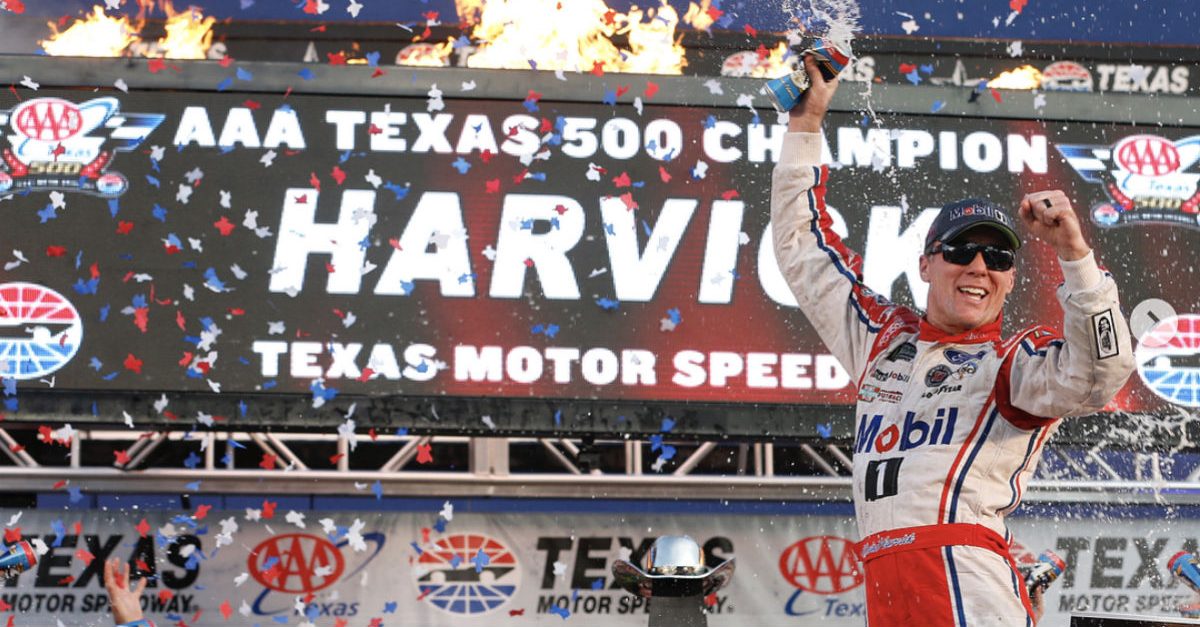 After a not-so-successful experiment with group qualifying, NASCAR has returned to single-car qualifying for the first time since the 2013 NASCAR Cup Series season.

Among the many critics of the convoluted mess that was group qualifying was Kevin Harvick. In fact, he was probably one of the more outspoken opponents of the rule change, even going as far as getting into a public beef with Steve O’Donnell, NASCAR’s executive vice president and chief racing development officer. It’s safe to say those two aren’t drinking buddies.

Following the switch back to single-car qualifying (which will officially start during race weekend at Dover International Speedway), the driver of the No. 4 Ford Mustang for Stewart-Haas Racing took to his SiriusXM NASCAR Radio show Happy Hours to praise the decision.

NASCAR announced today that all three national series will return to single-car qualifying for the remainder of the 2019 season. "Happy Hours" host @KevinHarvick said this is a move that NASCAR had to make. pic.twitter.com/s9cIvlYcBr

“When you look at everything that we’ve been through in the first 11 weeks of the season — through all the things that we’ve done with the shootout and all the points races and things that we’ve had — qualifying has just been way too big of a story. And I think with the new rules package and the way that you draft, there’s just really no good solution for group qualifying to make it so that it’s fair to the competitors so that the fastest car starts on the pole and the next-fastest car starts second and third and fourth and so on.

“So I think going back to single-car qualifying is the most consistent way. And I think what, in my opinion, comes out of this announcement that sticks out the most to me is wanting to have consistency and simplicity so that the fans understand it across the board. When you look at going from the Truck Series all the way to the Cup Series and making everything the same so that you don’t have trucks not doing it at the mile-and-a-half race tracks and Cup cars in group qualifying at the mile-and-a-half race tracks, you have all this confusion. And I think, to me, this is a consistency announcement that is good for the sport because we need the qualifying conversation to go away — much like we needed the inspection conversation to go away (last season).

“Because when you look at a week like this, this is a huge week for our sport. It’s a Talladega win with Chase Elliott. And we have a qualifying announcement coming out on a Wednesday where the build up of the 9 car and all the things that happened should be the main story all the way until the race on Sunday. So I hope this is the end of the conversation, and we can really just get back to qualifying and doing it consistently from series to series, and the fans understand it and go from there.”

Simply put, the simpler the qualifying process, the better. During group qualifying, you had instances of zero cars completing a qualifying lap and meltdowns on pit road. Just all-around chaos that made for a lackluster showing from NASCAR as a whole. Here’s hoping that, with the switch back to single-car qualifying, we’ll just get to enjoy good, old-fashioned racing.