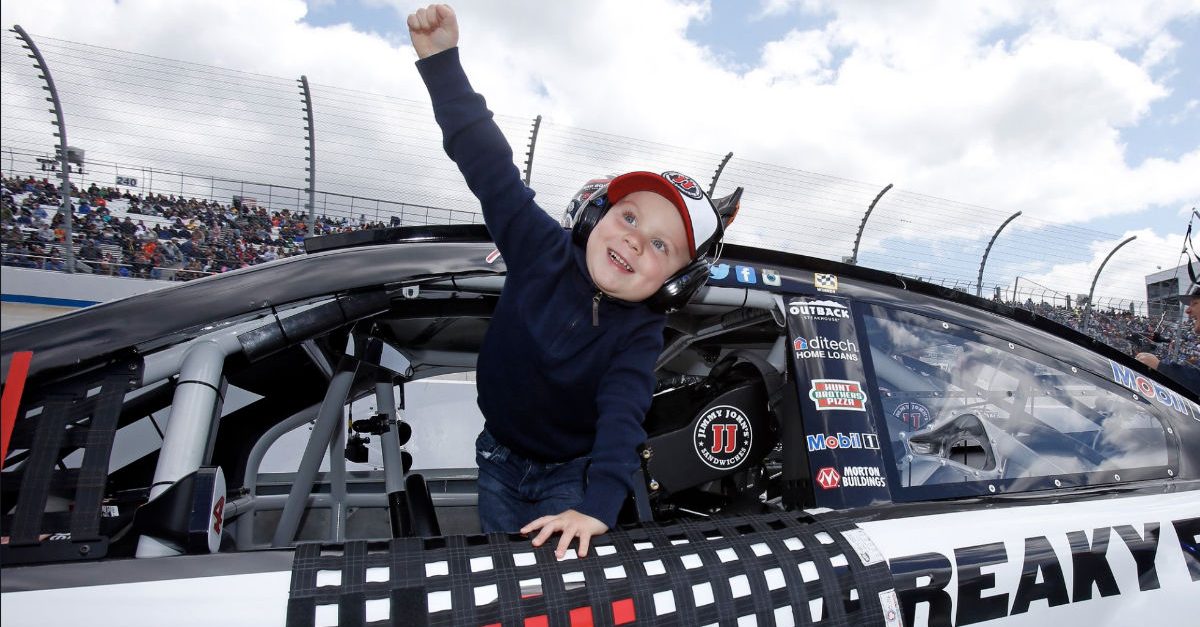 Kevin Harvick has quite the challenge ahead of him at the NASCAR championship race at Homestead-Miami Speedway on Sunday, as he’ll go head-to-head against the remaining members of the Championship 4 (Kyle Busch, Joey Logano, and Martin Truex Jr.) as well as a stacked roster of Cup Series competitors.

But if there’s one Harvick who isn’t sweating the competition in the least bit, it’s six-year-old Keelan. In fact, the son of Kevin and DeLana is so confident in Dad, he’s already looking forward to the championship celebration.

According to Kevin Harvick during a recent media day interview, Keelan has big plans in store if his dad wins. We’re talking fence-climbing plans.

If Kevin Harvick wins the NASCAR championship on Sunday, his son Keelan has a victory celebration already planned that makes dad a little nervous. #4TheCup pic.twitter.com/rKN5mKSf8V

“And he said, ‘So, if you win the championship —’ and I said, ‘Let’s take a picture with (11-month-old daughter) Piper up there. We’ll leave Mom down there, and we’ll go up to the top, we’ll take Piper and take another picture so you’re both in it.’ And he’s like, ‘So if we win this championship,’ he’s like, ‘Are you saying that we can do whatever we want after this race?’ I said, ‘Yeah, you can, probably, do whatever you want.’ He’s like, ‘We’re climbing the fence.’ I’m like, ‘I’ll watch.’”

As it turns out, there was one pretty important person who didn’t get the memo on Keelan Harvick’s planned antics: his own mom.

Don’t worry, Mom. Considering how long the actual race lasts, I’m sure Keelan will be too tuckered out to do much of anything by the time celebration time rolls around.