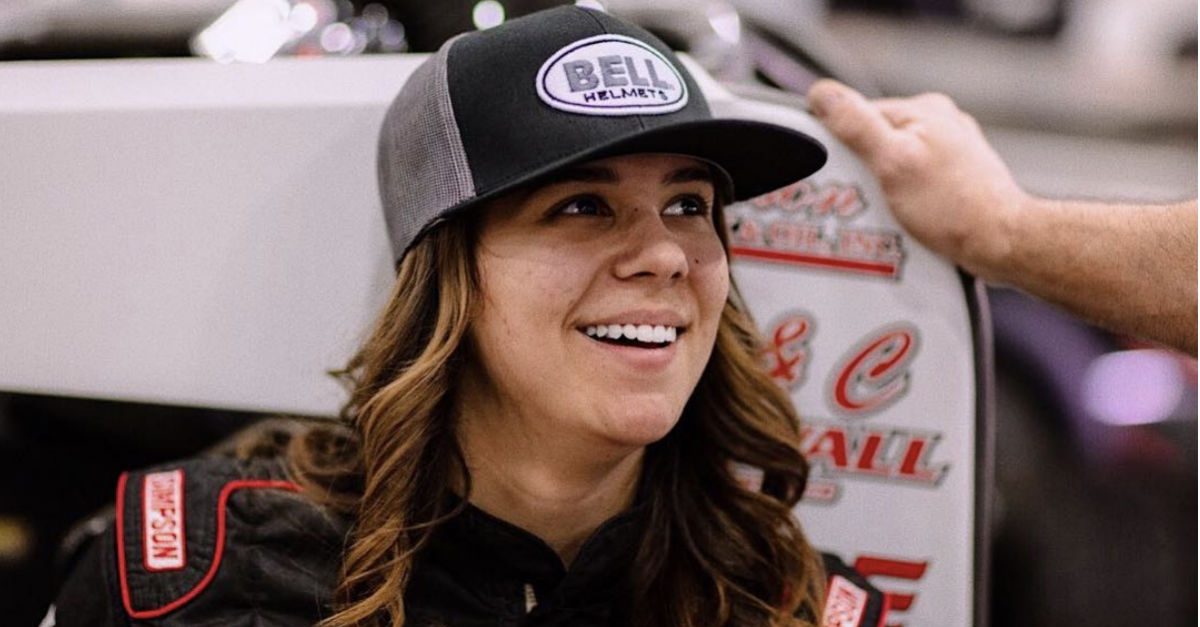 As the granddaughter of late NASCAR legend Dale Earnhardt Sr. and the niece of Dale Earnhardt Jr., Karsyn Elledge comes from pretty phenomenal racing stock. And, at only 18 years old, she’s got quite the promising future ahead of her. On Friday, February 8, Elledge will compete in her first race as a full-time USAC National Midget driver at Bubba Raceway Park in Ocala, Florida.

Mom couldn’t be prouder. Considering that Mom just so happens to be Kelley Earnhardt Miller, Dale Jr.’s sister and the co-owner of JR Motorsports, that certainly means a lot.

We’re sporting @BrandtRacing colors this weekend in Ocala! I can’t thank them enough for coming on board to kick off our season. Can’t complain we’re racing in some nice weather too🌴 pic.twitter.com/VmUFmg6uBT

“She?s been racing dirt in the Mini-Outlaw karts around North Carolina,” Earnhardt Miller said on her Sirius XM NASCAR Radio show ‘Beyond Racing.’

“She?s moved off to college in Indianapolis. She ran some midget races last year. Her love of racing is really in the dirt racing world. She worked hard over the winter to put together a proposal for sponsorship in the full USAC dirt midget series.”

When it’s the first race day of the usac season😄

“This is plan A for her. It?s not for momma. But, plan A for her is to be a race car driver. We talk about plan A and plan B all the time and the need for her college career to take her where maybe racing won?t.”

2019 has been a great year of firsts for Elledge. In late January, she competed in her first Chili Bowl, winning two heat races before being eliminated just before the main event.

If Elledge finds success in the USAC, who knows what the next step could be? Maybe a NASCAR career could be right around the corner. Maybe even a NASCAR career to the tune of 15 Most Popular Driver awards like her uncle or seven Cup Series championships like her grandpa. Sure, it’s a tall order, but with the Earnhardt name, the sky’s the limit.

Read More: Dale Earnhardt?s Yacht ?Sunday Money? Is for Sale and You Have to See Inside