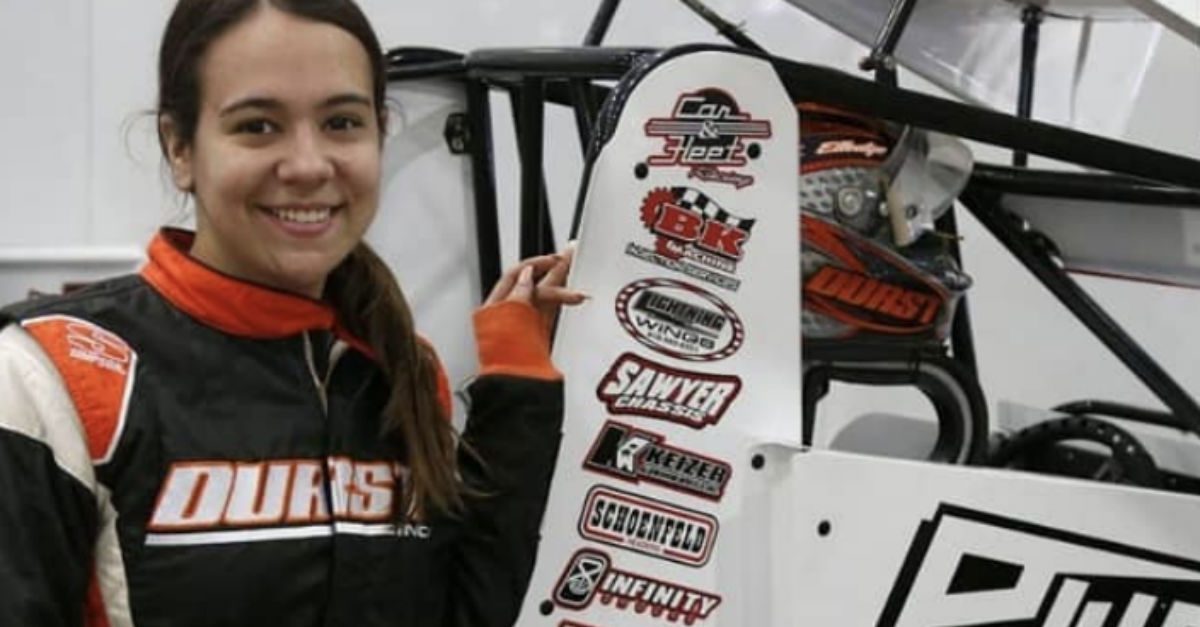 Dale Earnhardt probably looked down and smiled following his granddaughter Karsyn Elledge’s impressive performance at the Chili Bowl in Tulsa, Oklahoma this past weekend.

During the six-day event, the 18-year-old Elledge, the daughter of JR Motorsports co-owner Kelley Earnhardt Miller and the niece of Dale Earnhardt Jr., won two heat races (including the H Main race), before ultimately being eliminated from the main event following a crash at the G Main race.

?Honestly, it was more than I could have hoped for,? Elledge, who also won a heat race last Wednesday to kick off the Chili Bowl, told the Tulsa World. ?I didn?t have high expectations for myself coming here. We were able to start off with a heat race win that gave me the confidence to say, ?OK, we can do this. We can fight with these guys.??

?Overall, I can?t really complain about my Chili Bowl experience,” the Mooresville, North Carolina native added. “They knew we were here and they knew we were fast, and that?s really all you can ask for.”

I am grinning from ear to ear proud of my girl @KarsynElledge3 and fuming at the same time because she got wrecked. Can’t wait for 2019 and what’s in store for her!

She’s had such a great weekend. So happy for her. https://t.co/rvCos9xZS1

As the granddaughter of Dale Earnhardt and the niece of Dale Jr., Elledge definitely has the genes to make a successful run on the big stage. While she hopes to run in more races this season, she may also even take a stab at USAC competition.

At only 18, she definitely has the potential to have quit the incredible racing career going forward.