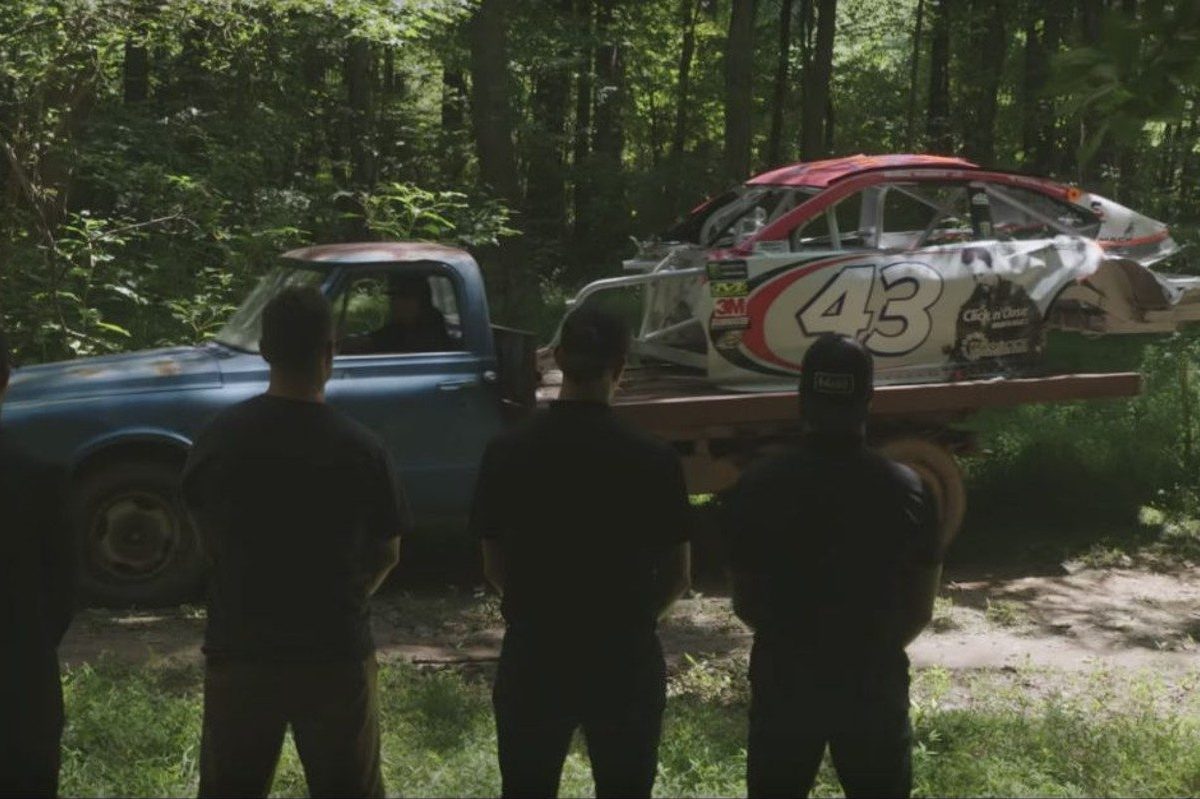 Back in July 2018 at the Gander Outdoors 400 at Pocono Raceway, Bubba Wallace’s iconic No. 43 Chevrolet stock car slammed hard into the retaining wall with only a few laps to go in the NASCAR Cup Series race due to a brake failure. The car was completely totaled, and Wallace called the wreck “the hardest one of my career.”

Several months after that, with his crew by his side, Wallace finally got to give his car an official send-off at Dale Earnhardt Jr.’s NASCAR graveyard in Mooresville, North Carolina. The Richard Petty Motorsports driver even held a sort of mock funeral for the Chevy, which you can see in the video produced by Dirty Mo Media below.

Shortly after the Mobile, Alabama native’s Pocono wreck, Dale Jr., who has made a name for his NASCAR graveyard, broke down exactly what goes through a driver’s mind while they’re experiencing a wreck during a NASCAR race.

“When you have a failure and there’s been some kind of failure on the car where you’re either out of control — you don’t have control of the steering — or you don’t have any brakes, and so you’re flying into the wall,” Earnhardt said, according to For The Win.

Thankfully, Bubba Wallace survived the crash, because Dale Jr., of all people, knows the tragedy of a NASCAR wreck gone wrong.

This article was originally published on September 27, 2018.