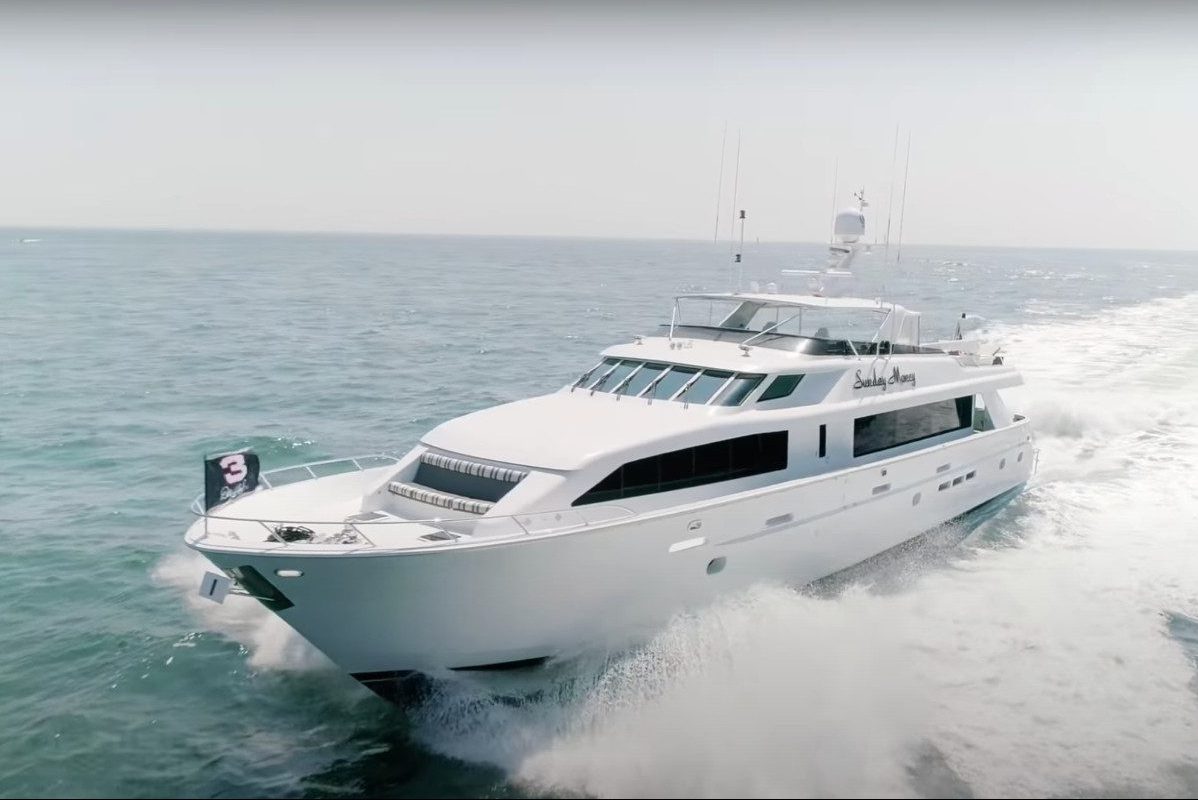 Several months before the 2001 Daytona 500, NASCAR legend Dale Earnhardt Sr. had commissioned an 100-foot Hatteras Yacht to replace his 1989 Hatteras 74 CPMY. The Intimidator was very much involved with the entire design process, selecting the interior, the layout, and a host of other features. As he sat behind the wheel of the No. 3 Goodwrench Chevrolet at Daytona International Speedway, the seven-time NASCAR Cup Series champion’s massive yacht was only about a few more weeks away from completion. Unfortunately, he would never get to set sail in the sea cruiser, as we all know what happened that tragic day on February 18, 2001.

Now, more than 15 years after the yacht’s commissioning, it is available for purchase for a cool $4.2 million. Named the Sunday Money — taking its name from a song that Earnhardt wrote along with country music duo Brooks and Dunn — the Detroit Diesel model is currently housed in Fort Lauderdale, Florida and has been on the market for more than a year.

With five bedrooms, a refitted interior and engine room, an updated paint job, top-of-the-line electronics, and even a full-service custom “sunken” bar, the Sunday Money is luxury at its finest. Just check out some of the specs on this beauty.

?I?m privileged to present to you Sunday Money. She is arguably the most famous 100? Hatteras Motor Yacht to date. With her timeless lines, recent refit and unprecedented seaworthiness she has to be on the top of every yacht buyers list,? yacht broker Denison Yachting says in the official listing for the yacht.

While Earnhardt had two yachts to his name — a sport-fishing yacht called ?Intimidator,? now owned by his widow, Teresa Earnhardt, and the 1989 Hatteras 74 CPMY that’s currently on the market for $390,000 — it’s a shame he never got to enjoy what probably would have been his dream boat.

Here’s hoping that whoever owns Dale Earnhardt’s yacht next gets some quality use out of it.

This was originally published on January 30, 2019.